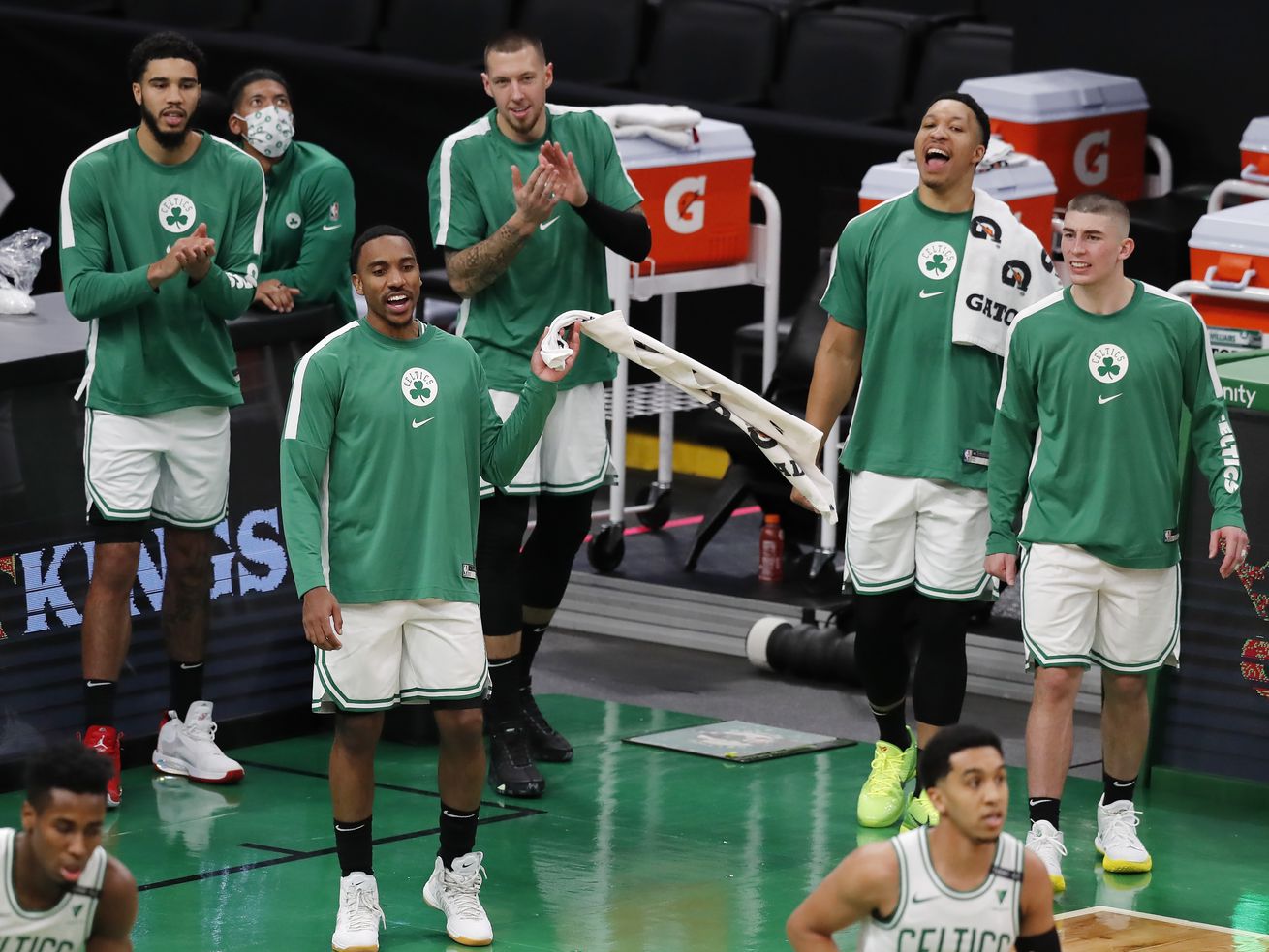 Three Boston Celtics games have been postponed this season because of coronavirus issues. | Michael Dwyer/AP

Many of the new rules are similar to what existed in the NBA’s restart bubble at Walt Disney World in Central Florida last year.

With four games called off this week already and more teams dealing with virus-related issues, the NBA and the National Basketball Players Association enacted additional rules Tuesday in the hope of keeping the season going safely.

Among the new policies: for “at least the next two weeks,” the league and union said, players and team staff will have to remain at their residence when in their home markets and prohibited from leaving their hotels or having outside guests when on the road.

Many of the new rules are similar to what existed in the NBA’s restart bubble at Walt Disney World in Central Florida last year.

Orlando’s game in Boston on Wednesday was also called off, the fourth postponement since Sunday and the third involving the Celtics. Boston currently has eight players listed as unavailable because they are on the NBA’s health and safety protocols list — which means they either tested positive or may have been exposed to someone who is positive.

“We’re just going to follow what the NBA” says, Washington coach Scott Brooks said. “I mean, they’re the experts. They have all the medical, they have all the science, they have everything, all the data. … I’m for whatever the NBA wants us to do.”

All that is permitted in home markets, for now, is “to attend team-related activities at the team facility or arena, exercise outside, or perform essential activities,” the league and union said. On the road, team activities and emergencies are the only allowable reasons for leaving.

The Wizards said Tuesday that two of their players are going on the protocols list. The Magic are also supposed to play the Celtics on Friday in Boston; no determination about that game has been announced.

“I feel like I’m living my life in a box,” Portland guard Damian Lillard said Monday night. “I go to practice, I go back home, I don’t go anywhere else.”

When teams started testing in late November prior to the start of training camps, 48 players had positive COVID-19 tests. In the last four weeks, the league has seen a total of seven players test positive, part of the reason why the NBA and its governors have not seen any reason to pause the season.

Additional actions taken Tuesday include a new rule prohibiting any pregame meetings in locker rooms from lasting more than 10 minutes, and when those meetings take place everyone involved must wear a mask. Meetings in larger areas, such as courts, must take place with adherence to social distancing and with masks.

Players now have to limit interactions with other players to elbow or fist bumps, with no extended socializing. And when a player is subbed out of a game, he can sit in a new “cool down chairs” without a mask — but put a mask …read more

US unemployment claims jump to 965,000 as virus takes toll

Does North Korea’s Kim Jong-un have a nuclear surprise for President Biden?