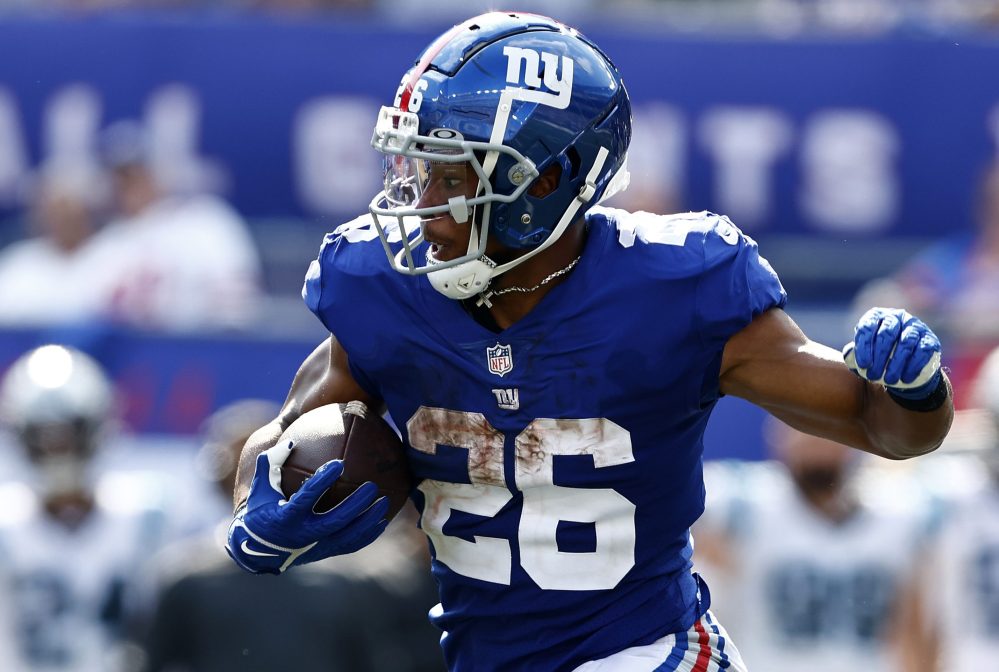 The in-arena NBA experience is certainly different from the at-home one. Obviously, no one knows that better than NBA players, who recently experienced playing chunks of seasons without fans in attendance.

But the statement holds true for fans, especially.

While those in-person spectators have an up-close look at the game, those watching the television broadcasts have the advantage of audio and visual breakdowns that in-game attendees don’t.

Ever wonder which basic replays the people at games are seeing as you sit home with five or six different slow-mo views of the same play? What about when there’s a scoring change that the broadcast team announced but the public address announcer didn’t?

The NBA is getting ready to make life a little bit easier for those fans attending games—and bettors everywhere.

NBA tells AP that the Max Strus scoring change from Game 7 was made long before it was announced in the arena in Miami. As such, a blue light announcing that a scoring change is coming will be installed at arenas starting this season. It was used in Vegas this summer as well.

An addition like the upcoming one for scoring changes is great for fans and players — a signal of the reviewing of a scoring play will add another layer of transparency that might not have existed before in real-time.

It will also help ease the minds of those who are participating in sports gambling.

Whether is the points total, prop bets or the spread, worrying about a missed point or two here and there might cause a massive headache for bettors who wonder if those unaddressed situations could cost them money.

Now, they won’t be left in the dark.

3 reasons to watch the the Cowboys and Giants on ‘MNF’ (Saquon Barkley!)

Golden Globes 2021: The Complete List of Nominees | Entertainment Weekly
California’s wildfire activity is running below average this year. But experts warn it’s not over

What’s a stake in Illinois, now that Indiana has made most abortions illegal

Fantasy football Week 2 streaming options: Joe Flacco will continue to air it out against Cincinnati

3 reasons to watch the the Cowboys and Giants on ‘MNF’ (Saquon Barkley!)