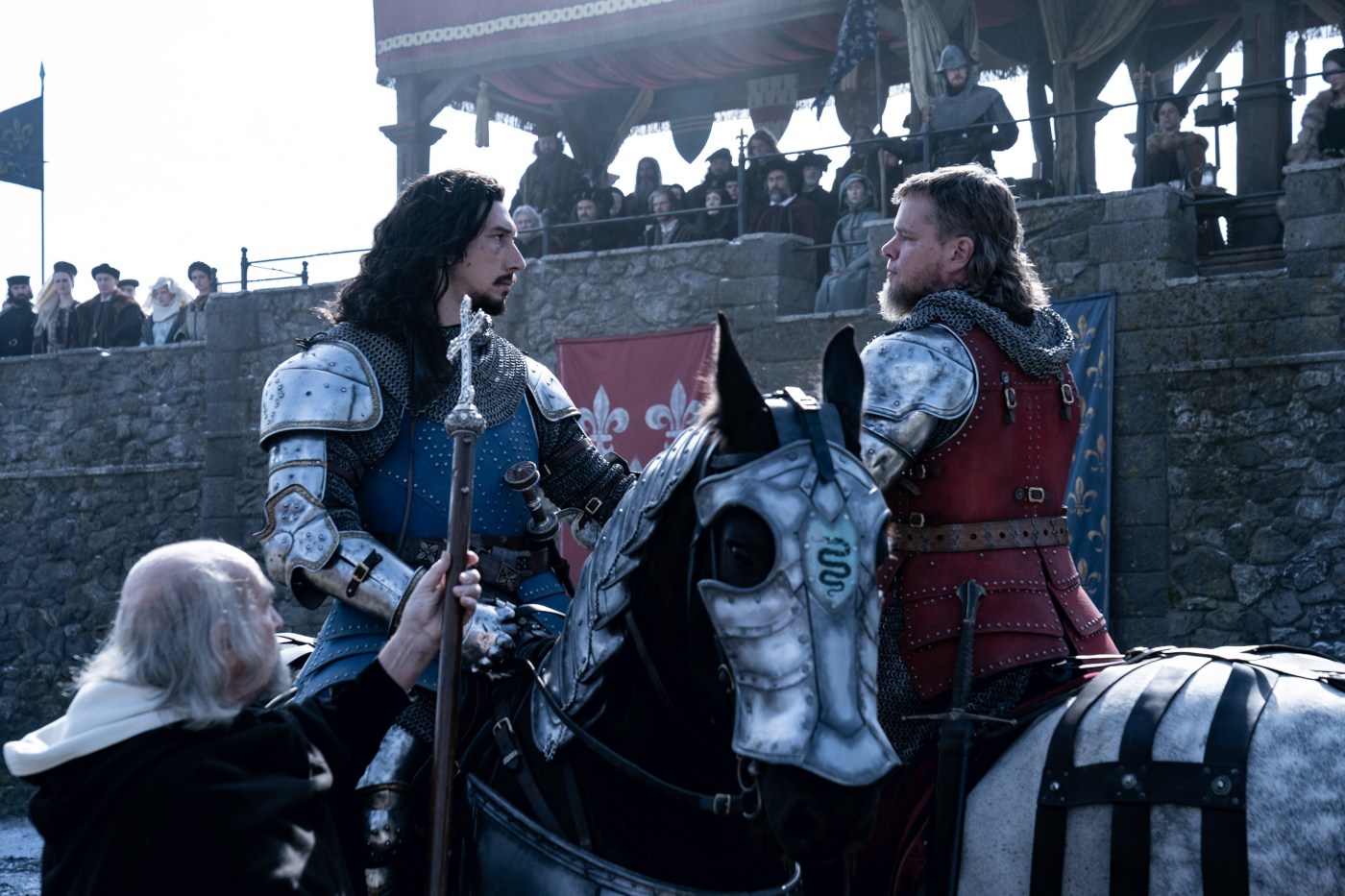 Jamie Lee Curtis tangles with her arch nemesis Michael Myers (no relation to this writer) in “Halloween Kills,” while the Oscar-winning screenwriting duo of Ben Affleck and Matt Damon are featured, along with Nicole Holofcener, in “The Last Duel,” directed by Ridley Scott and co-starring Damon and Affleck.

Here’s a rundown on what to watch this week, including a trio of outstanding documentaries served up on streaming services.

“The Last Duel”: Telling a story about a crime from various perspectives is nothing new. Akira Kurosawa’s “Rashomon” remains the textbook example for adopting that approach and doing it right. But screenwriters Holofcener, Affleck and Damon deserve their due, too, nimbly handling a tricky narrative structure in this absorbing, infuriating he said/he said/she story about an alleged rape in 14th-century France. Veteran director Ridley Scott (“Alien,” “Gladiator”) proves equally adroit at dealing with the challenging material, reimagining what happened according to each of three key players.

Scott narrows in on small but telling details — such as the flutter of an eyelid — as well as larger implications to unspool clashing interpretations of a couple’s sex life. What remains consistent throughout is the disturbing fact that men consider women little more than servants to whet their every appetite. Be prepared for tough scenes, including two explicit but never gratuitous reenactments of the alleged rape. Although “Last Duel” could have dropped at least 10 minutes from its 2½ hour running time, the outstanding ensemble cast anchored by Jodie Comer keeps us engaged. The story is framed three chapters, each culminating in the sexual assault of Marguerite (Comer), wife of tax-burdened Jean de Carrouges (Matt Damon), by the handsome, arrogant rake Jacques Le Gris (an exceptional Adam Driver), Jean’s former friend. “Gladiator” devotees will be pleased by Scott’s occasional outbursts of blood-drenched sword and arrow play.  But “Duel,” based on real events, is more concerned with the battles fought in homes and puppet courts. “Duel” draws its richest blood not from the climatic duel itself (staged well) but in its depiction of Marguerite’s violation and the reactions to it, a smirk from King Charles VI (Alex Lawther) and a sneer from the orgy-loving, high-powered chum of Jacques’ — Count Pierre of Alençon (Affleck, in blonde-hair mode). Details: 3 stars out of 4; in theaters Oct. 15.

“Convergence: Courage in Crisis”: With COVID-19 remaining a lethal global presence, do we really need to revisit the early months of a pandemic that remains so so fresh in our minds? Yes, when documentary-maker Orlando von Einsiedel (“Virunga,” “The White Helmets”) is at the helm. What makes this poignant, surprisingly inspiring documentary so extraordinary is its intimate telling of nine stories about people of color, ranging from a committed volunteer helping ambulances locate the sick in a Brazilian slum to an overworked Miami doctor helping the unhoused population. It’s one of the best documentaries of 2021. Details: 4 stars; available on Netflix.