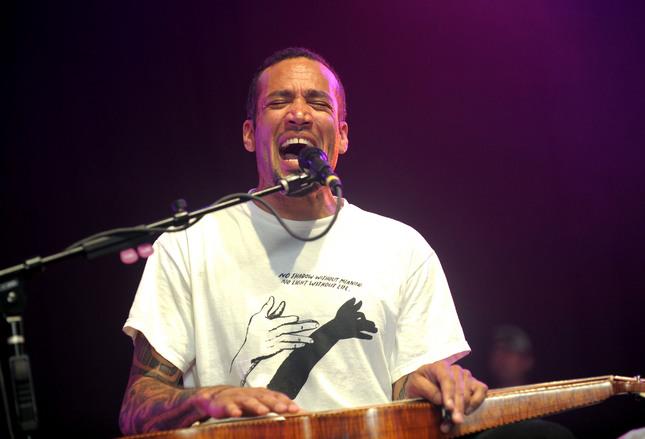 Here are a trio of new album releases worth checking out:

The acclaimed folk-blues-rock artist returns with his 16th full-length studio effort, which follows the 2020 instrumental affair “Winter Is for Lovers.”

Harper is accompanied on the album by legendary keyboardist Larry Goldings, who uses the opportunity to showcase his work on the clavinet.

“It’s kind of the unsung hero of soul music,” Harper says of the clavinet. “It was made famous by the intro to Stevie Wonder’s ‘Superstition,’ which was probably the first song my dad ever played for me. I brought Larry in and we had an absolute blast.”

Ben Harper and the Innocent Criminals support “Bloodline Maintenance” with a concert on Sept. 18 at the Mountain Winery in Saratoga. Showtime is 7:30 p.m. and tickets start at $59, mountainwinery.com.

“Misadventures of Doomscroller” includes the singles “Ghost in the Machine,” “Everything Is Permanent” and “Comes in Waves.

Dawes is supporting the album during a tour with the Head and the Heart that touches down at the Greek Theatre in Berkeley on Aug. 19. Showtime is 7:30 p.m. and tickets are $55, apeconcerts.com.

“I Survived, It’s Over,” Rich Ruth

We love the few tracks we’ve heard from this Nashville-based ambient music composer’s new album, which is due out Aug. 12.

Everything I learned about building a better sandwich, I learned at my local bánh mì counter

The cut we keep playing over and over is “Older But Not Less Confused,” which is a mesmerizing slice of post-rock-meets-jazz-fusion drama for the ears. The accompanying video was directed by Brook Linder, who has worked with Billie Eilish, Grimes, Spoon, Beck and others.

Riot’s fighting game Project L will be free to play