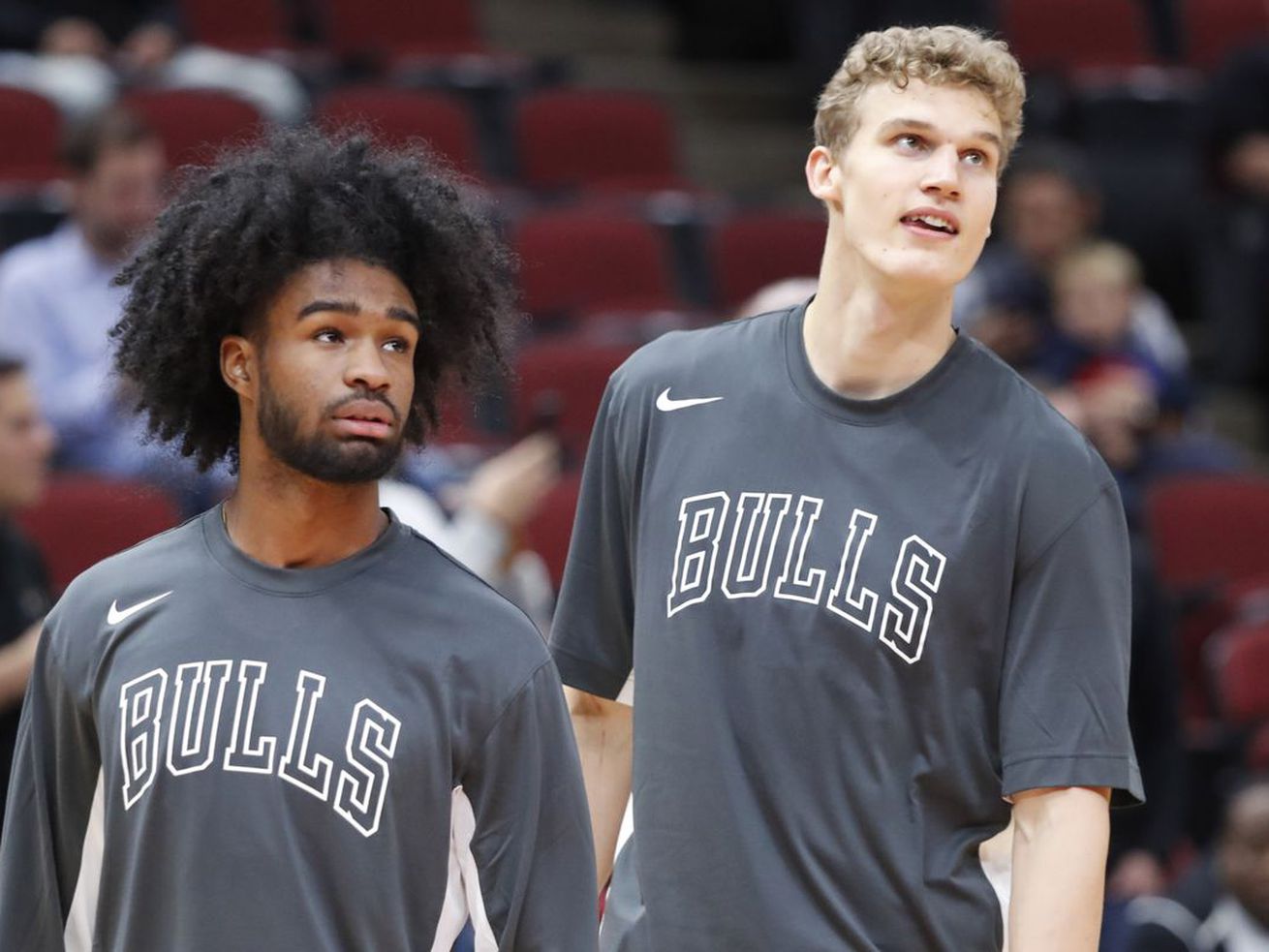 Both were counted on as pillars in the rebuild last season, and now Markkanen and White find themselves just key reserves off the bench. Not easy for either to swallow, but roles they need to embrace if the Bulls want to see the postseason.

The minutes haven’t necessarily changed that much for Coby White and Lauri Markkanen since the Bulls gave the roster a facelift at the trade deadline.

White’s near the 27 minutes per game he was getting since he lost his starting job to Tomas Satoransky, while Markkanen has lost about four minutes per game with his new role off the bench and the additions of Nikola Vucevic and Daniel Theis into the frontcourt.

The expectations hovering over White and Markkanen these days, however?

It isn’t often that two No. 7 overall picks go from future foundation pieces to role players in just one season, but that’s where Markkanen and White now find themselves – like it or not.

“To me, with those two guys, it’s, ‘Just make good basketball plays,’ ‘’ coach Billy Donovan said of where both players currently stand. “They’re probably not going to be featured guys, just calling it like it is. But they’re very important pieces to our team and we need them to play at a high level.’’

Donovan insisted that both will still have plays called for them at certain times, but with the focal point of the offense now running through the post and White, as well as Markkanen when he’s playing the three, each perimeter players, they’ll have to feed off of that philosophy first and foremost.

Hard for each to swallow?

Likely, but that’s to be expected.

“With any young guy, you definitely think about that,’’ veteran Thad Young said of the demotion both players have endured. “You think about those types of things because you want to have a long, successful career in this league. When you go from starting to a reserve role, it’s tough. I’ve been in a starting role and I went to a reserve role, and now I’m back into a starting role. It’s definitely tough.

The gonzo art of writing for 'Borat Subsequent Moviefilm'

“But I think those guys have handled it well. They’re coming off the bench and still bringing energy and lots of fire and intensity into the game. And they’re both going to continue to get better and have long careers.’’

Just maybe not with the Bulls.

White is still on his rookie deal, so he’ll have time to redefine his current ceiling, but Markkanen is a restricted free agent at the end of this year.

The market will set a price on him and the Bulls will have the final say on matching it or letting him walk. A sign-and-trade is also a possibility, but tougher to pull off.

Until then, however, all the two can do is wait their turn once again.

“I give those guys credit,’’ Donovan said. “They’ve been really good team guys. They’re trying to do everything we’re asking them to do to put ourselves in position to win.’’

Young confirmed that he and …read more

Caltrain cars are clean, but riders are few: Roadshow