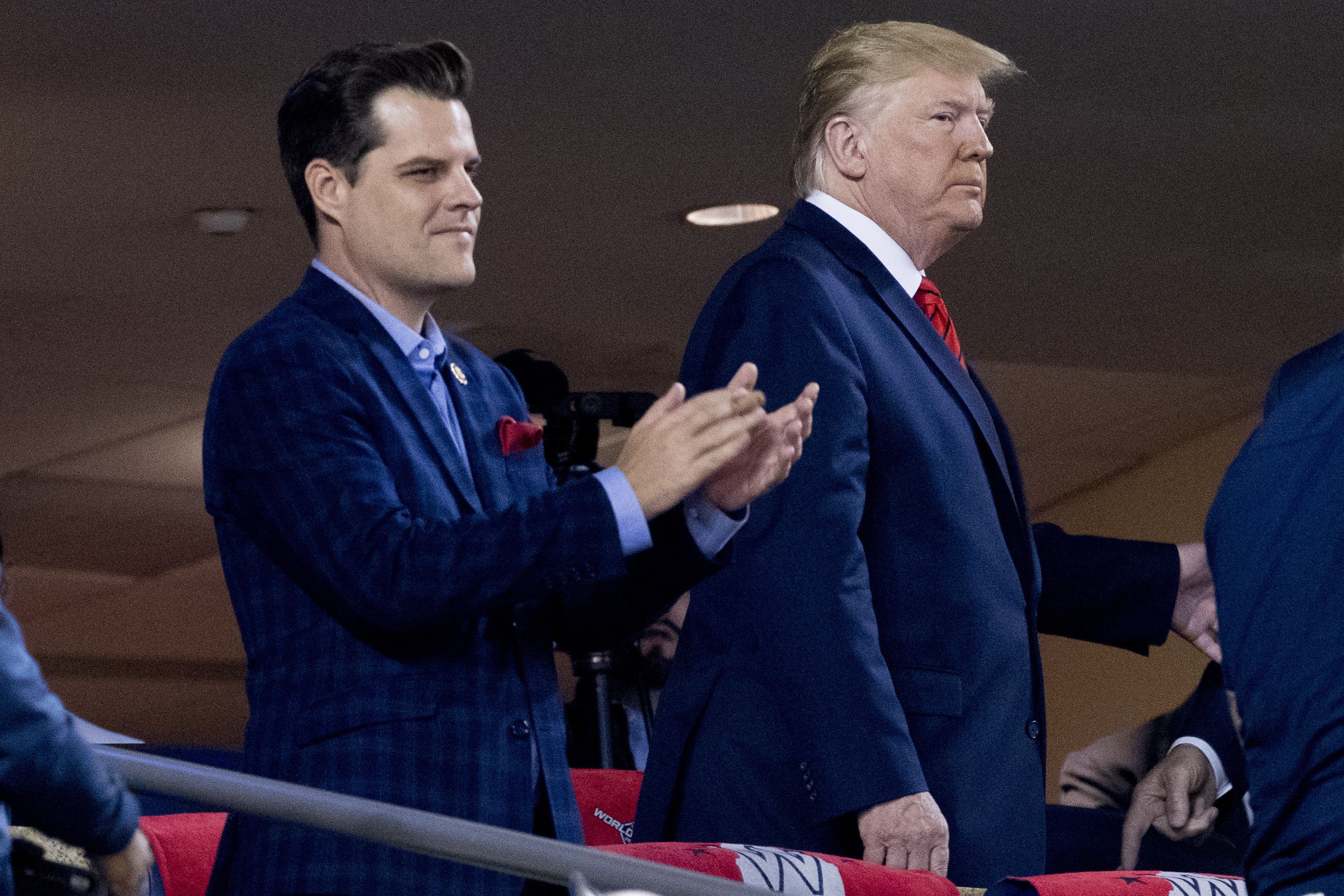 The mere whiff of a scandal once unraveled political careers with stunning speed. Not anymore.

Suddenly embroiled in a federal sex trafficking investigation, Rep. Matt Gaetz of Florida has denied the allegations, rebuffed suggestions that he resign and sent fundraising appeals that portray him as a victim of a “smear campaign.” He’s expected to make a high-profile appearance Friday at former President Donald Trump’s Doral golf club in Miami.

The congressman joins a growing list of politicians from both parties — almost exclusively men — who are defying the traditional response to controversy. Rather than humbly step back from public life, they barrel ahead, insisting they did nothing wrong and betting that voters will forget alleged misdeeds once the news cycle eventually shifts.

“Clearly this is a new strategy people are employing in crisis response,” said Brent Colburn, a Democratic strategist and veteran of President Barack Obama’s administration. “It is a new chapter in the playbook.”

Gaetz’s political future remains in question and could fully disintegrate, depending on how the federal probe unfolds. But after spending the past several years as one of Trump’s fiercest public defenders, Gaetz’s game plan strongly mirrors the former president’s approach.

After a video emerged in the final weeks of the 2016 campaign of him boasting of grabbing women by the genitals, Trump apologized “if anyone was offended” and dismissed the episode as “locker room talk.” He refused calls by some in his own party to leave the presidential ticket and won the election just weeks later.

As president, Trump would respond to one burgeoning scandal after another by constantly moving ahead, making it harder for the public to linger on one issue for too long, even if that meant stirring up fresh controversy on another topic.

The pressure on Gaetz is mounting. A hearing Thursday revealed that one of his political allies, Joel Greenberg, is working toward a plea deal with federal investigators, which could add to Gaetz’s legal jeopardy.

Dodgers back Trevor Bauer with 4 home runs to rout Rockies

For now, though, the congressman appears to be emulating the former president’s approach and appealing to his most loyal supporters. The group sponsoring the Friday event at which he’ll speak also organized the Jan. 6 “March for Trump” rally in Washington that ended with a mob storming the U.S. Capitol in a deadly insurrection.

“Trump sees in Matt Gaetz what he wanted in everyone else,” said Republican strategist Rick Wilson, adding that, in many ways, the congressman is “the son he never had.”

Gaetz isn’t alone in refusing to bend in the face of a political storm.

Democratic New York Gov. Andrew Cuomo has steadfastly refused to resign despite several sexual misconduct allegations that spurred calls from some of the most powerful members of his own party for him to step aside.

Democratic Virginia Gov. Ralph Northam balked at resigning in 2019, when a picture surfaced from a 1984 medical school yearbook showing one man in blackface and another wearing a Ku Klux Klan robe. Northam apologized while acknowledging he was the one in the robe. But days …read more

US lawmakers seek to speed up Uygur refugee applications