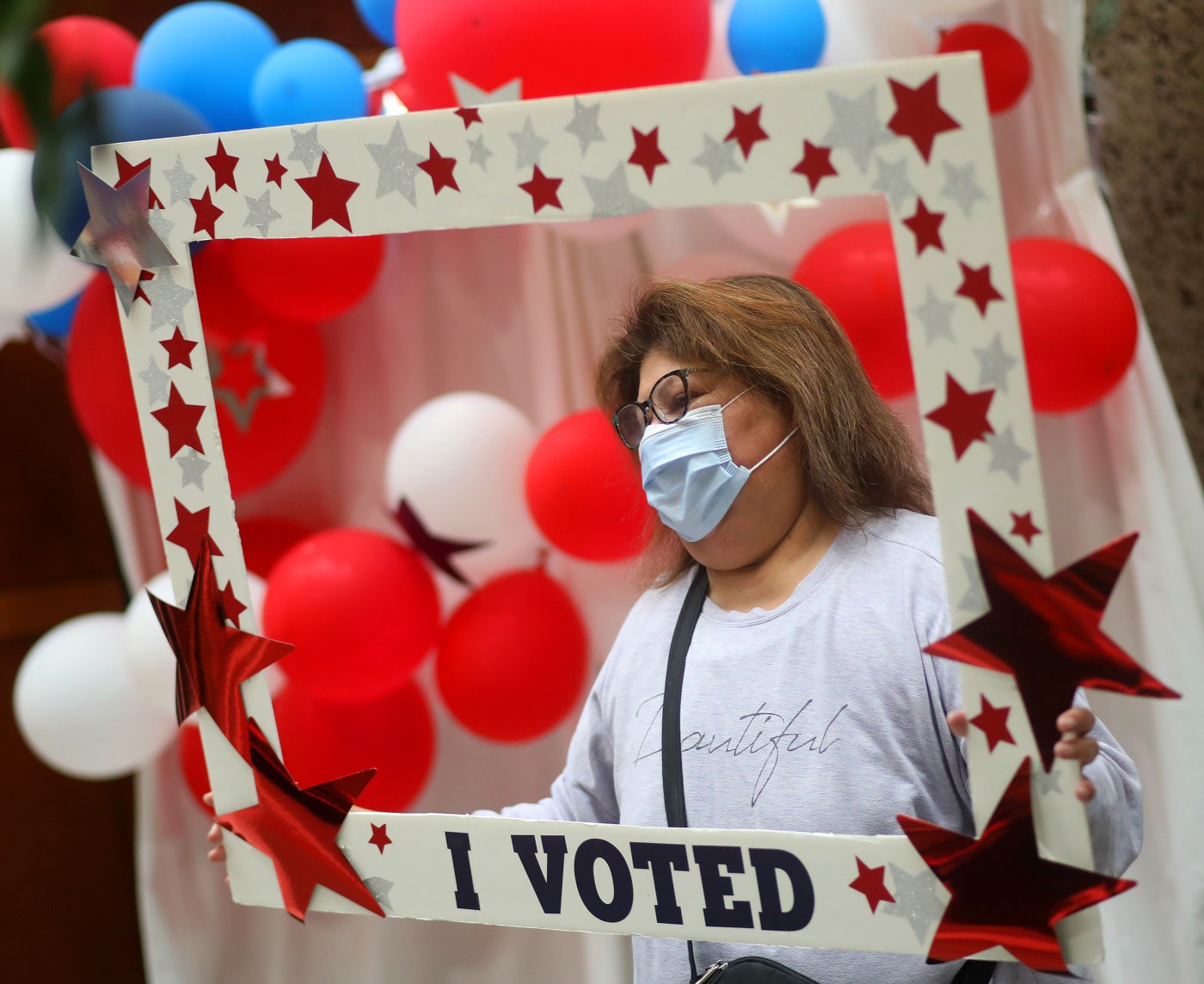 Like politics everywhere these days, there appeared to be little nuance and lots of passion among voters deciding Tuesday whether Democratic Gov. Gavin Newsom should be removed from office.

A disgrace! Ridiculous! Democracy run amok! And that’s just what Democrats had to say.

For Republicans? “I’m voting his ass out. Everyone I know wants change,” said Danielle Harmon of San Jose. “We’re tired of it.”

Polling places remain open until 8 p.m. to determine whether Newsom remains in office for the final year of his first term as governor, or whether Republican frontrunner and conservative talk show host Larry Elder or one of the other 45 alternative candidates will replace him.

But fears among the Newsom campaign that the only fired up faction of the electorate was California’s Republican minority didn’t seem to track with many voters across the Bay Area dropping off ballots Tuesday. There was also a palpable disdain for California’s recall process, which requires a majority of voters to oust Newsom but allows his potential replacement to simply be the top vote getter.

“This is the hijacking of Democracy,” said Kim Bick, an educator starting her day with a workout at the Central YMCA in San Jose. “The recall wasn’t for the public good. It’s opportunistic. We have 46 people, unvetted, just clawing to get power.”

Not only does she want to change the recall system — an opinion shared by two-thirds of Californians, according to a Public Policy Institute of California poll — but she refused, as a matter of principle, to choose any of the alternatives as a back-up in case Newsom loses. “They just want 15 minutes of fame,” she said.

Recent polls have shown Newsom with a widening advantage to defeat the recall, but just a month ago, the race looked like a nail biter. Newsom began campaigning across the state to energize apathetic Democrats who had a hard time believing a governor elected with 60 percent of the vote just three years ago in an overwhelmingly Democratic state could be thrown out of office by a Republican minority upset with his pandemic policies that closed businesses and schools and required masks and vaccines to overcome the COVID-19 virus.

Those efforts appeared to be paying off. In Santa Clara County alone, the number of ballots cast by mail through Monday — more than 460,000 from 47 percent of registered voters — was comparable to those cast before November’s general election between then-President Trump and Joe Biden, according to elections officials. Most of those ballots are expected to be from Democrats, especially since some Republican leaders have alleged, without evidence, that mail-in voting is rife with fraud.

If there was a surge of in-person voting, it wasn’t obvious at a number of Bay Area polling places. At 36 polling places over the weekend in Santa Clara County, just 3,500 people had voted in person through Monday, and the turnout appeared sparse midmorning at the Registrar of Voters main office in San Jose.

Millions lifted out of poverty due to COVID-19 relief funds, census data show