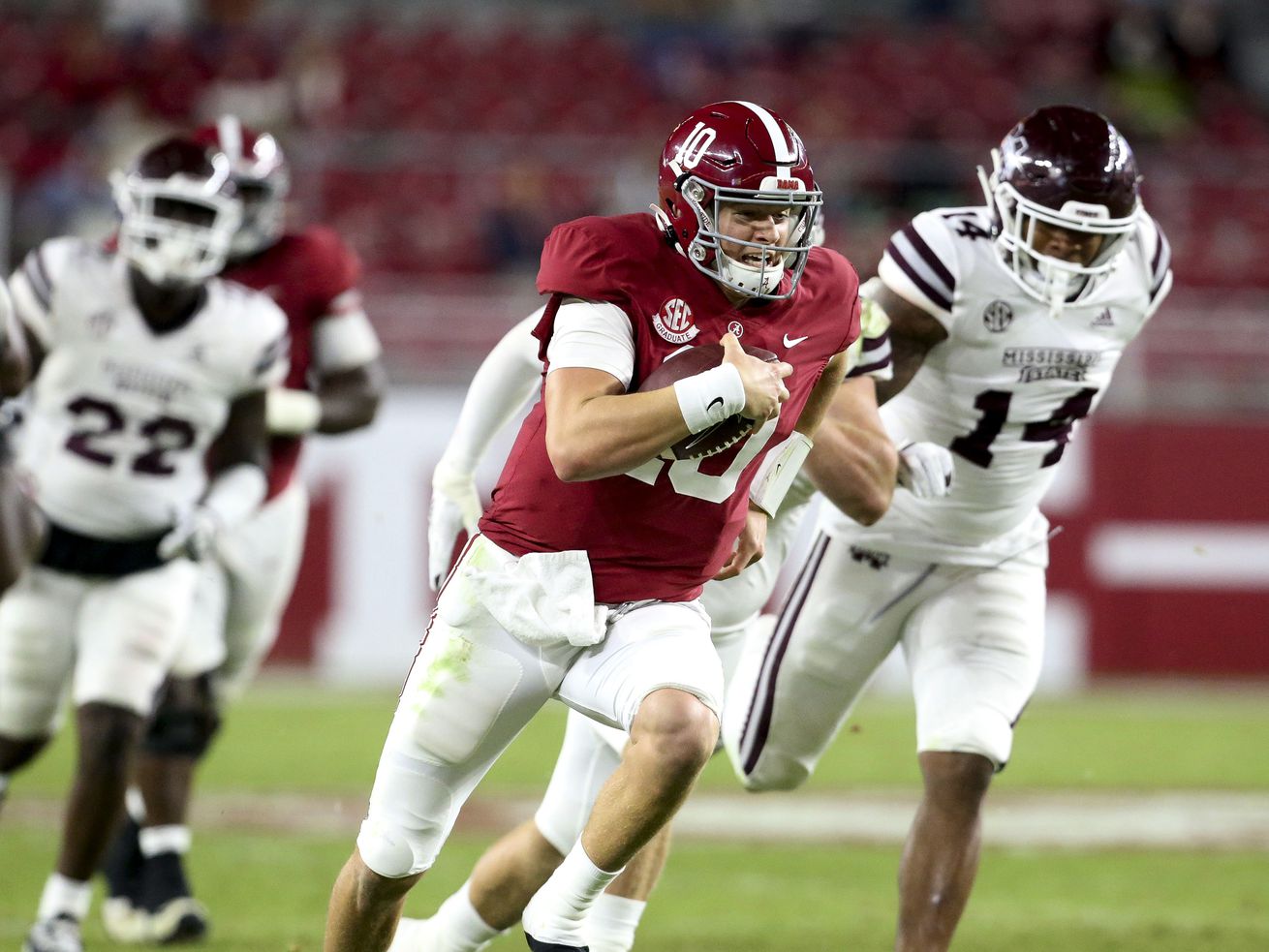 Were the season to end today, the Bears would draft No. 16 overall on April 29 — far too late to land Clemson’s Trevor Lawrence or Ohio State’s Justin Fields.

The Bears are bad — but not bad enough.

Were the season to end today, they’d draft No. 16 overall on April 29 — far too late to land Clemson’s Trevor Lawrence or Ohio State’s Justin Fields, quarterbacks who will be the top two picks if they leave college.

If the Bears pick a passer — and they should, as Nick Foles has proved he’s not a realistic starter next year — they’ll be forced to squint and project and evaluate the next tier of passers.

The two in that tier — North Dakota State’s Trey Lance and Alabama’s Mac Jones — have so little experience, though, that investing in them is risky.

This season, there are fewer data points than ever. NFL teams aren’t attending games or visiting college practices, making information-gathering — or even casual conversations with a player’s coach, family and friends — more difficult.

Jones has started 10 games since Tua Tagovailoa dislocated his hip a year ago this week. Surrounded by NFL-caliber blockers, runners and receivers, he has thrown 16 touchdown passes and only two interceptions this season.

Lance had one of the best 2019 seasons — at any level of football — when he threw an NCAA-record 287 passes without an interception and won the FCS title game’s Most Outstanding Player award.

He played one game this season — a showcase against Central Arkansas booked by the Bison, whose conference season was moved to the spring — before turning pro. He finished his career 17-0.

Lance is a redshirt sophomore who won’t turn 21 until the week after the draft. He has one year of FCS experience. When he reports to training camp next year, he will have played one college game in 18 months.

And he could be drafted in the top half of the first round.

“That’s something we’ve never had before,” Kiper said. “And we’ll probably never have again.”

The Bears have to sort through it all.

“It’s never been easy, and it never will be easy, to evaluate quarterbacks,” Kiper said. “Even with all the resources, [teams] still make big, huge mistakes.

“I’m not going to bring up Trubisky over [Deshaun] Watson and [Patrick] Mahomes — that’s not really fair at this stage, but it was a case where Mitch only had 13 starts.

Lawrence has been the projected 2021 No. 1 overall pick for more than a calendar …read more

Who needs Russia? Loudest attacks on US vote are from Trump

US consumer confidence drops to 96.1 as virus spreads