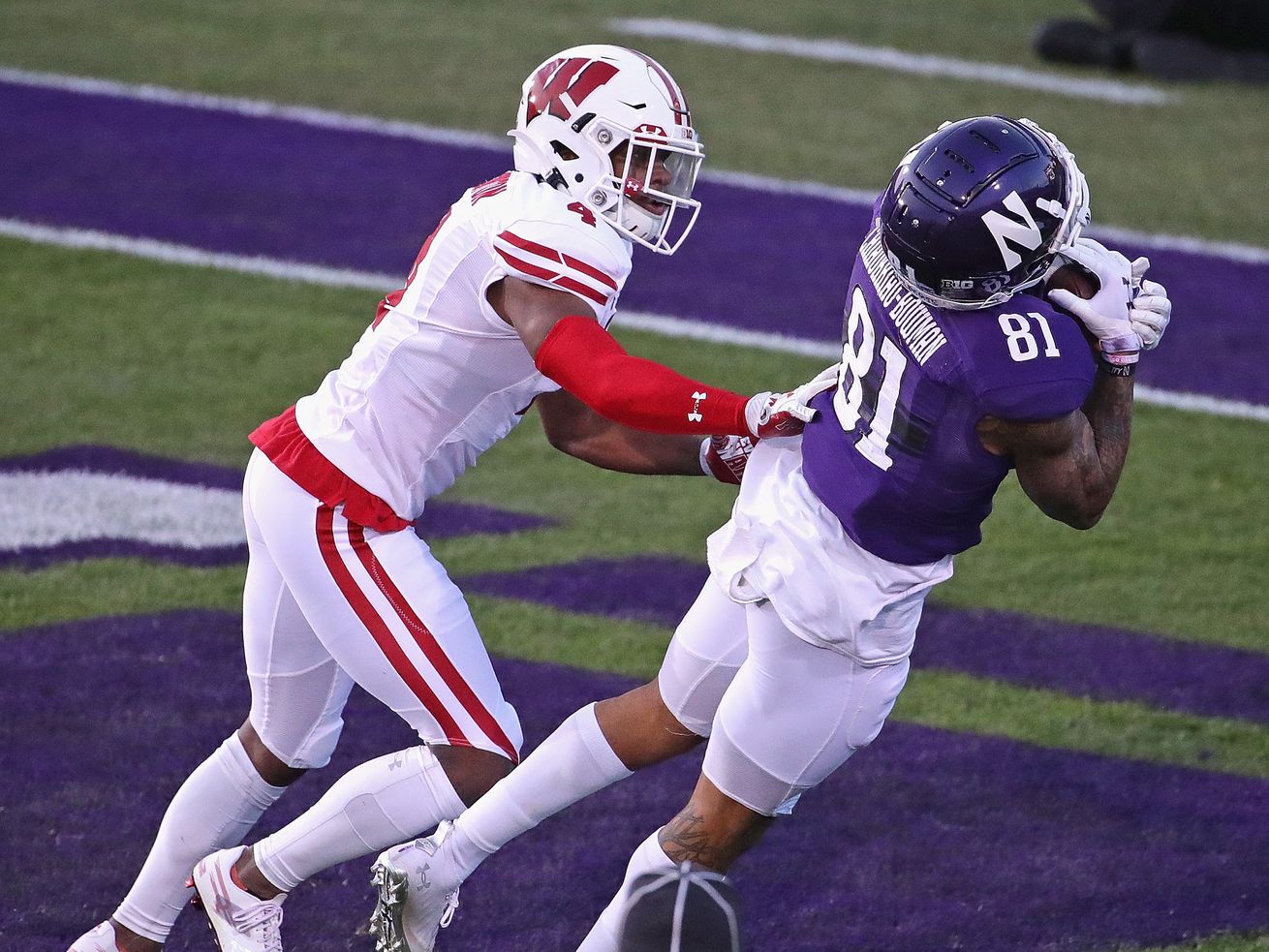 Patrick Ramsey threw two touchdown passes and No. 19 Northwestern shut down Graham Mertz and No. 10 Wisconsin 17-7.

Peyton Ramsey threw two touchdown passes and No. 19 Northwestern shut down Graham Mertz and No. 10 Wisconsin for a 17-7 victory on Saturday at Ryan Field that put the undefeated Wildcats in control of the Big Ten West.

Northwestern forced five turnovers — four in the first half — and sacked Mertz three times in its first win over a top-10 team since a 28-25 victory over No. 9 Nebraska on Nov. 5, 2011. Ramsey, a graduate transfer from Indiana, was 23 for 44 for 203 yards, and Ramaud Chiaokhiao-Bowman had four receptions for 95 yards.

Wisconsin (2-1, 2-1) had committed just one turnover this year, a fumble during a 45-7 victory over Illinois on Oct. 23. The Badgers then had back-to-back games canceled because of a COVID-19 outbreak within the program before rolling to a 49-11 win at Michigan last weekend.

Mertz, a redshirt freshman, lost a fumble and threw the first three interceptions of his career against Northwestern. Senior running back Garrett Groshek also lost a fumble in his return after he missed the victory against the Wolverines.

The Badgers still managed to stay in the game thanks to their stout defense. But Charlie Kuhbander kicked a 32-yard field goal with 11:35 left, and Northwestern finished off another second-half shutout. The Wildcats have allowed just 10 points in the final two quarters this season.

Northwestern got off to a fast start. After Wisconsin went nowhere on its first possession, Ramsey tossed a 2-yard TD pass to Charlie Mangieri with 10:50 left in the first quarter. John Raine set up the score by drawing a pair of pass interference penalties in the end zone.

Groshek then fumbled the ball away for the Badgers, and Chiaokhiao-Bowman’s 36-yard reception on a pass by fellow receiver Riley Lees moved the Wildcats to the Badgers 1. The play was originally ruled a touchdown, but a replay review showed Chiaokhiao-Bowman stepped out of bounds.

The overturned call took on added significance when Isaiah Bowser fumbled on the next snap, and Spencer Lytle recovered for Wisconsin in the end zone. The Badgers then put together a six-play, 80-yard drive, tying it at 7 on Mertz’s 49-yard touchdown pass to Chimere Dike with 5:14 left in the opening quarter.

Wisconsin had a couple chances to move in front in the first half, but Mertz fumbled on a sack by Blake Gallagher and threw two interceptions to Brandon Joseph. The first pick was deflected by linebacker Paddy Fisher before it went through the arms of tight end Hayden Rucci.

After Joseph’s second interception, Northwestern put together a seven-play, 72-yard drive to go ahead to stay. Ramsey made a terrific throw …read more

Man found fallen from bicycle in Humboldt Park was stabbed to death: autopsy

US Rhodes Scholars chosen virtually for the 1st time