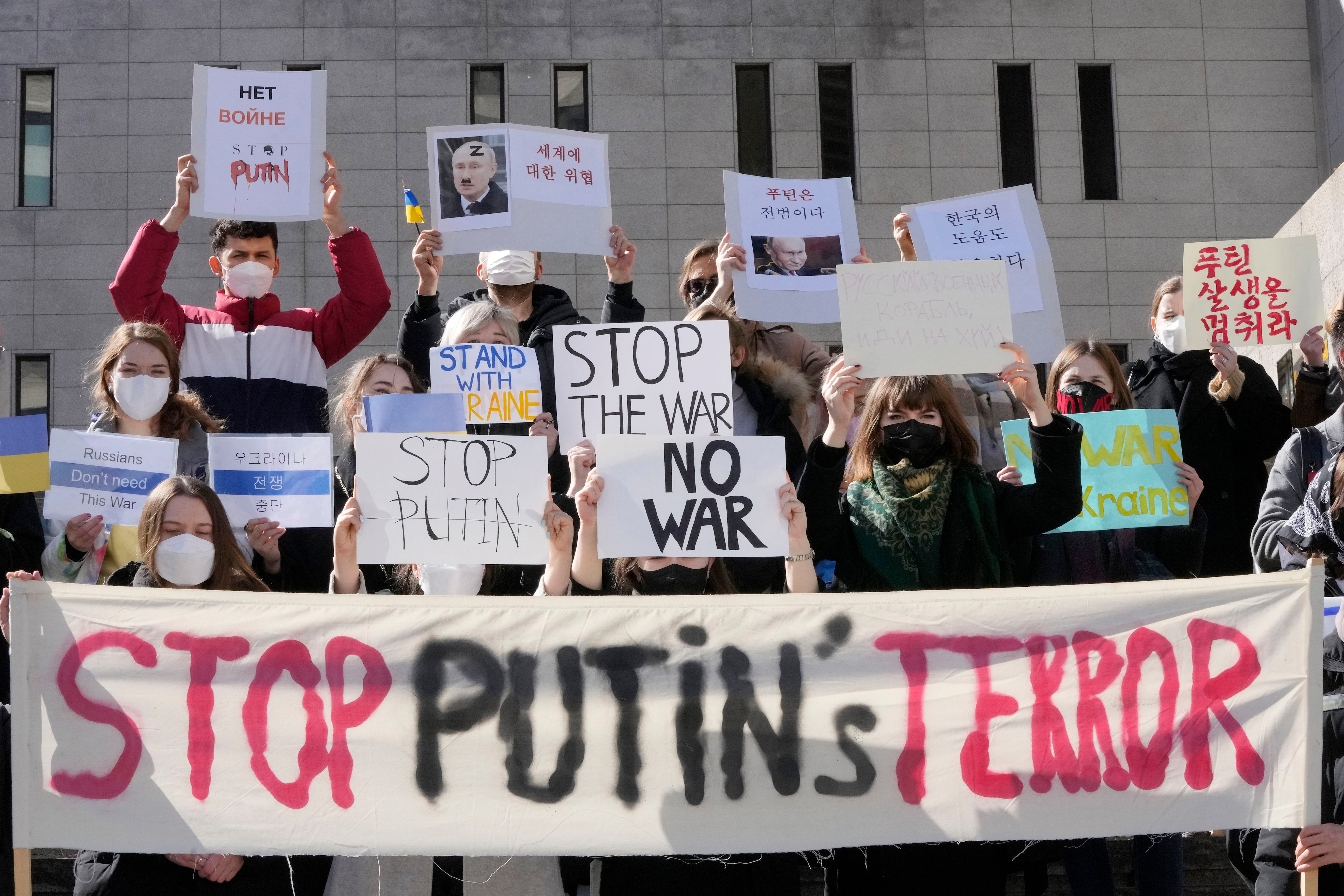 The headlines on the newsstands in Seoul blared fresh warnings of a possible nuclear test by North Korea.

Out on the sidewalks, 28-year-old office worker Lee Jae Sang already had an opinion about how to respond to North Korea’s fast-growing capacity to lob nuclear bombs across borders and oceans.

“Our country should also develop a nuclear program. And prepare for a possible nuclear war,” said Lee, voicing a desire that a February poll showed was shared by 3 out of 4 South Koreans.

It’s a point that people and politicians of non-nuclear powers globally are raising more often, at what has become a destabilizing moment in more than a half-century of global nuclear nonproliferation efforts, one aggravated by the daily example of nuclear Russia tearing apart non-nuclear Ukraine.

That reconsideration by non-nuclear states is playing out in Asia. The region is home to an ever-more assertive North Korea, China, Russia and Iran — three nuclear powers and one near-nuclear power — but is unprotected by the kind of nuclear umbrella and broad defense alliance that for decades has shielded NATO countries.

Vulnerable countries will look to the lessons from Ukraine — especially whether Russia succeeds in swallowing big pieces of Ukraine while brandishing its nuclear arsenal to hold other nations at bay — as they consider keeping or pursuing nuclear weapons, security experts say.

As important, they say, is how well the U.S. and its allies are persuading other partners in Europe, the Persian Gulf and Asia to trust in the shield of U.S.-led nuclear and conventional arsenals and not pursue their own nuclear bombs.

For leaders worried about unfriendly, nuclear-armed neighbors, “they will say to their domestic audiences, ‘Please support our nuclear armament because look what happened to Ukraine,’ right?” said Mariana Budjeryn, a researcher with the Project on Managing the Atom at Harvard’s Kennedy School of Government.

As a schoolgirl in 1980s Soviet-era Ukraine, Budjeryn drilled on how to dress radiation burns and other potential injuries of nuclear war, at a time that country housed some 5,000 of the Soviet Union’s nuclear weapons. Her country renounced nuclear weapons development after the Soviet Union shattered, opting for economic assistance and integration with the West and security assurances.

“Ultimately, I think a lot is riding on the outcome of this war in terms of how we understand the value of nuclear weapons,” Budjeryn said.

Around the world, the U.S. military is reassuring strategic partners who are facing nuclear-backed rivals.

Watch: Charging crocodile is sent fleeing by a frying pan