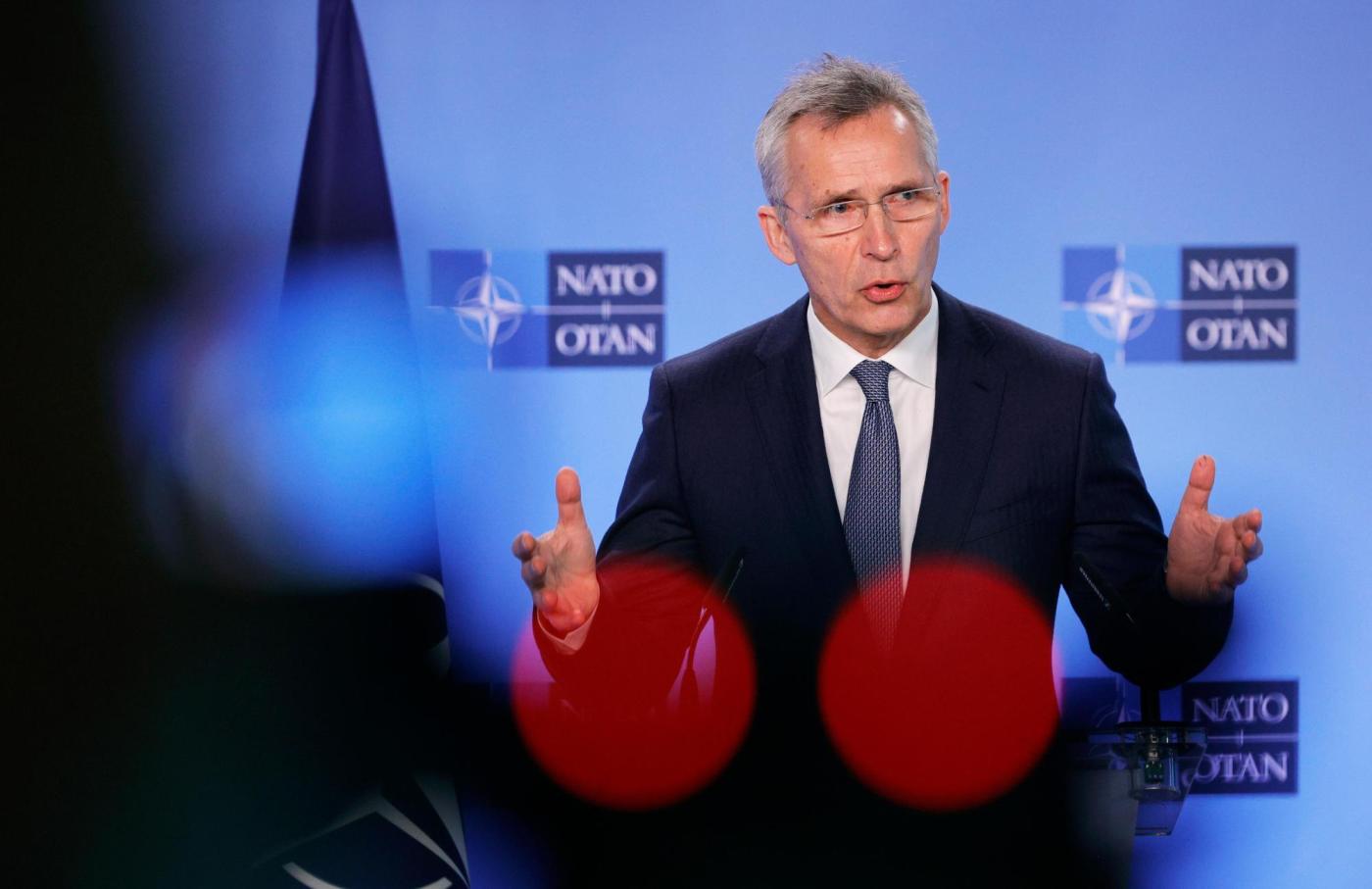 BRUSSELS (AP) — The United States and NATO on Wednesday rejected key Russian security demands for easing tensions over Ukraine, but left open the possibility of future talks with Moscow to discuss other issues like arms control, missile deployments and ways to prevent military incidents.

Russian President Vladimir Putin has demanded that the 30-country military alliance halt its expansion and withdraw troops or military equipment from countries neighboring Russia like Ukraine, but also NATO allies like Estonia, Latvia and Lithuania.

Speaking after a meeting of the NATO-Russia Council, U.S. Secretary of State Wendy Sherman reaffirmed that some of Putin’s security demands “are simply non-starters.”

“We will not slam the door shut on NATO’s open-door policy,” she told reporters after almost four hours of talks at the military organization’s headquarters in Brussels. “We are not going to agree that NATO cannot expand any further.”

The meeting, the first of its kind in over two years, was called amid deep concerns in the West that Russia is planning to invade Ukraine, with around 100,000 combat-ready troops, tanks and heavy military equipment massed now near Ukraine’s eastern border.

“Escalation does not create optimum conditions for diplomacy, to say the least,” Sherman said.

Russia denies that it has fresh plans to attack its neighbor.

Still, in 2014, Russia annexed the Crimean Peninsula from Ukraine and backed a separatist insurgency in eastern Ukraine. The fighting there has killed more than 14,000 people in seven years and devastated Ukraine’s industrial heartland, known as the Donbas. Both the European Union and the U.S. have hit Russia with sanctions for its actions against Ukraine.

NATO Secretary-General Jens Stoltenberg, who chaired the meeting Wednesday, said NATO nations and Russian envoys both “expressed the need to resume dialogue and to explore a schedule of future meetings.” Sherman also expressed optimism, given that Moscow has not rejected the idea of talks.

Stoltenberg said NATO is keen to discuss ways to prevent dangerous military incidents or accidents and reduce space and cyber threats, as well as to talk about arms control and disarmament, including setting agreed limits on missile deployments.

But Stoltenberg said any talks about Ukraine wouldn’t be easy.

“There are significant differences between NATO allies and Russia on this issue,” he told reporters, after what he said was “a very serious and direct exchange” with Russian Deputy Foreign Minister Alexander Grushko and Deputy Defense Minister Alexander Fomin.

Stoltenberg underlined that Ukraine has the right to decide its future security arrangements on its own, and that NATO would continue to leave its door open to new members, rejecting a key demand by Putin that the military organization halt its expansion.

“No one else has anything to say, and of course Russia does not have a veto,” he said.

The NATO-Russia Council was the first meeting of its kind since July 2019. The forum was set up two decades ago but full meetings paused when Russia annexed Ukraine’s Crimean Peninsula in 2014. It has met only sporadically since.

Putin says Russia’s demands are simple, but key parts of the proposals in the documents that Moscow …read more

Golden Globes 2021: The Complete List of Nominees | Entertainment Weekly
Harriette Cole: My boyfriend is adamant we should live together