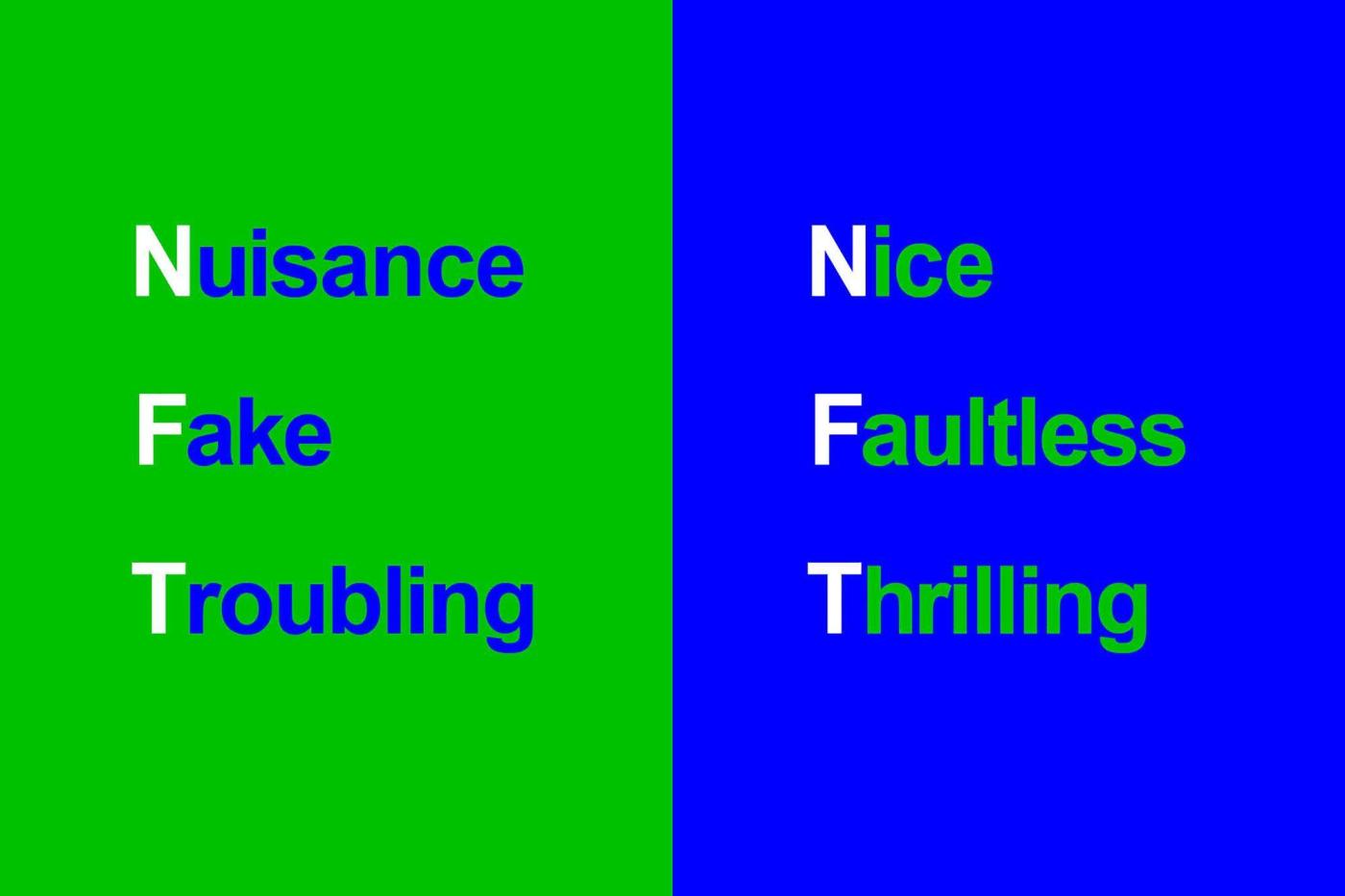 On Thursday, my colleague Kevin Roose sold a crypto token of a newspaper column for more than a half-million dollars. (For charity!) Someone paid $69 million for a digital file of a collage that anyone can view online.

This is part of the mania of the moment in nonfungible tokens, or NFTs, and they are an example of people rushing to judgment about basically anything new and novel.

I have some straight talk: The proliferation of NFTs will probably not be the world-changing revolution that its proponents claim. And it’s probably not an entirely absurd bubble, either. As with other emerging technologies, there is a good idea in there somewhere if we slow down and resist the hype.

Allow me to explain to normal humans what’s happening: NFTs are essentially a way to transform a digital good that can be endlessly copied into something one of a kind. When someone buys an NFT, what they’re effectively getting is the knowledge of owning an official version of a cat with a Pop-Tart body, a song, a video clip of a basketball dunk or another virtual thing. The records of ownership are maintained on a blockchain.

Perhaps you find this confusing or silly. Push that aside for a minute.

Mostly, my beef about NFTs is how people, particularly those who live and breathe technology, talk about them and other emerging companies or concepts, including the blockchain, the audio chat room Clubhouse and ultrafast trains.

‘I screwed up,’ says woman serving time for death of disabled adult kept in closet

Almost immediately, people sort themselves into camps to declare that THIS WILL CHANGE THE WORLD or IT’S TOTAL CODSWALLOP THAT WILL RUIN EVERYTHING. We would all benefit from more breath and less breathlessness.

In life, most things are neither glorious revolutions nor doom. And behind most novel ideas is often the possibility of something useful. The trouble is that hyperbole and greed often make it hard to sort the glimmers of promise from the horse manure. So let’s take a step back.

The purported big idea behind NFTs — as Kevin and Charlie Warzel, my colleague in Opinion, each explained this week — is to tackle a problem that the internet created. With sites such as YouTube and TikTok, anyone now has the power to make music, a piece of writing, entertainment or another creative work and be noticed. But the internet has not really fulfilled the promise of enabling the masses to make a good living from what they love.

NFTs and the related concept of the blockchain hold the promise to, in part, give people ways to make their work more valuable by creating scarcity. There is promise in letting creators rely less on middlemen such as social media companies, art dealers and streaming music companies.

Will any of this work? I don’t know. Run screaming from anyone who has a definitive answer either way. Basically, everyone should listen to wise and measured Anil Dash, a veteran of the tech industry who accidentally helped invent the concept behind NFTs and is both furious about the hucksters swarming …read more

Roofing company in Orange pays $758,166 in back wages, penalties