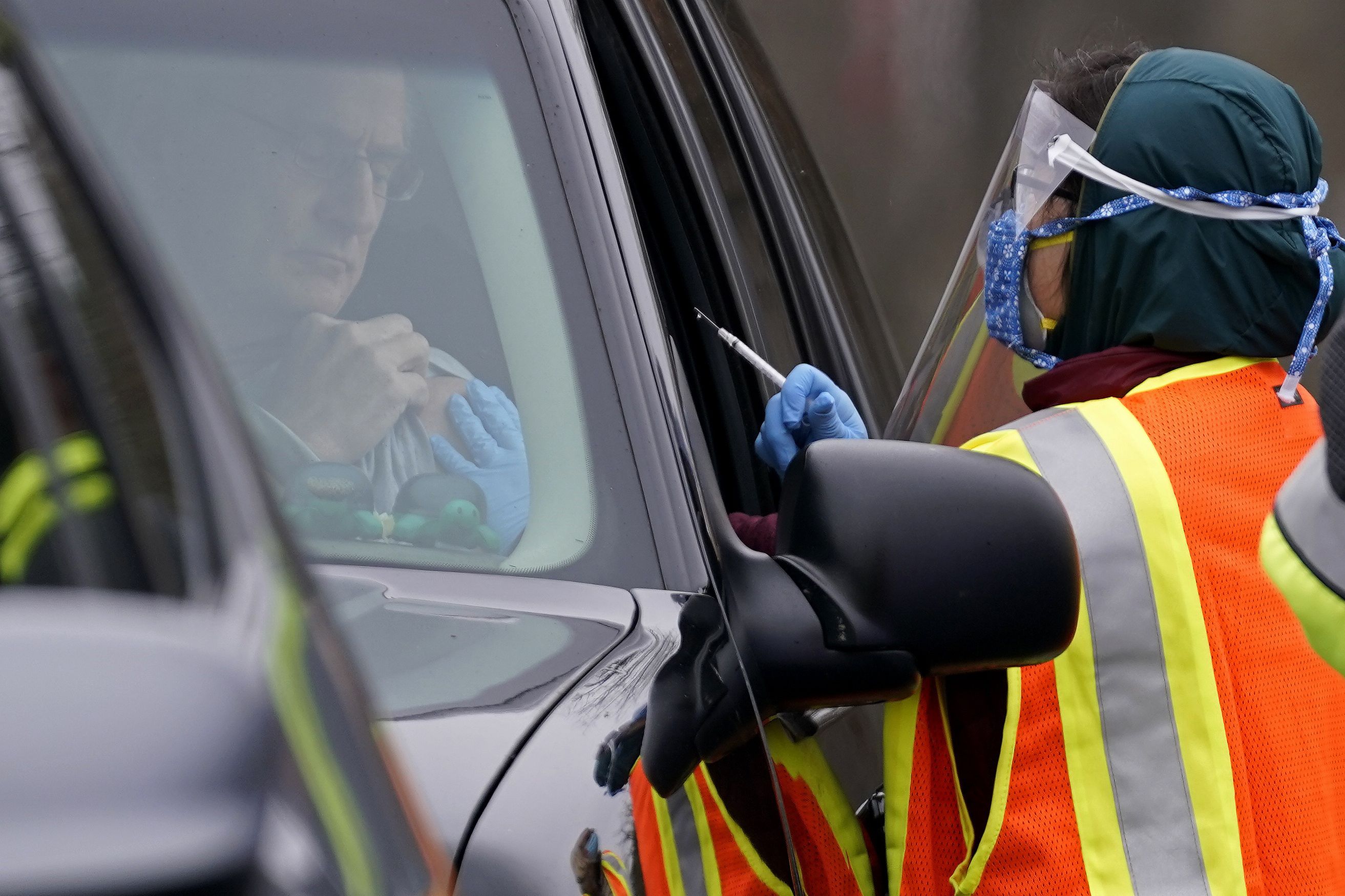 North Carolina health officials said on Thursday that they stopped administering Johnson & Johnson doses at a mass vaccination site in Raleigh and at clinics in Hillsborough and Chapel Hill after at least 26 people experienced adverse reactions, including fainting.

Four people were taken to hospitals for further examination, and state and federal health officials are reviewing the matter.

The U.S. Centers for Disease Control and Prevention noted that reactions like fainting are not uncommon after someone is vaccinated, though it is reviewing reports of adverse reactions in North Carolina and three other states. All those taken to hospitals are expected to recover, local health officials said.

“Right now, we are working with NC DHHS (the state Department of Health and Human Services) and the CDC to further evaluate the situation to assure everyone is confident in the continued safety of our vaccine operations,” said a statement from Kim McDonald, medical director at Wake County Human Services.

Wake County announced Thursday evening that it stopped administering Johnson & Johnson doses at PNC Arena after 18 of the more than 2,300 people vaccinated experienced adverse reactions, including four individuals who were taken to hospitals and are expected to be released.

The decision to halt J&J; vaccines at PNC Arena was made with less than two hours of appointments left to be administered. People who were at the site were then given Pfizer vaccines or allowed to reschedule their existing J&J; appointments.

A pair of clinics in Hillsborough and Chapel Hill also elected to stop offering the Johnson & Johnson vaccine and are in the process of rescheduling 350 appointments for people who were set to receive their single-dose J&J; shot on Friday.

In Colorado on Wednesday, 11 people saw adverse reactions after receiving a J&J; shot. Two of those individuals were taken to a hospital.

CDC spokeswoman Kristen Nordlund said it is aware of adverse reactions in some people who received the vaccine shots in Iowa, Colorado, Georgia and North Carolina. Those reactions include dizziness, light headedness, feeling faint and rapid breathing.

This rabbi was sexually abused for 10 years. His case is over, but his mission is not

She said the CDC is working with state and local officials to evaluate the issues and has performed vaccine lot analyses and not found reasons for concern. The CDC is not telling health departments to stop vaccinations.

“COVID-19 vaccines are safe and effective,” she said. “Many people don’t have any side effects after COVID-19 vaccines, but some people will have pain or swelling at the injection site or fever, chills, or a headache. These typically don’t last long and are signs that your body is building protection.”

David Wohl, an infectious disease expert at UNC Health who oversees the UNC vaccination sites, said between eight and 14 of the roughly 1,250 J&J; vaccine recipients it injected on Thursday fainted after receiving the shot, though nobody was taken to a hospital.

Because of the timing of the day in which the adverse reactions started occurring, Wohl said UNC Health completed all shots for people who had appointments on Thursday at the two sites.

While his department is still working …read more

Medic who shot 2 was assigned to medical research center