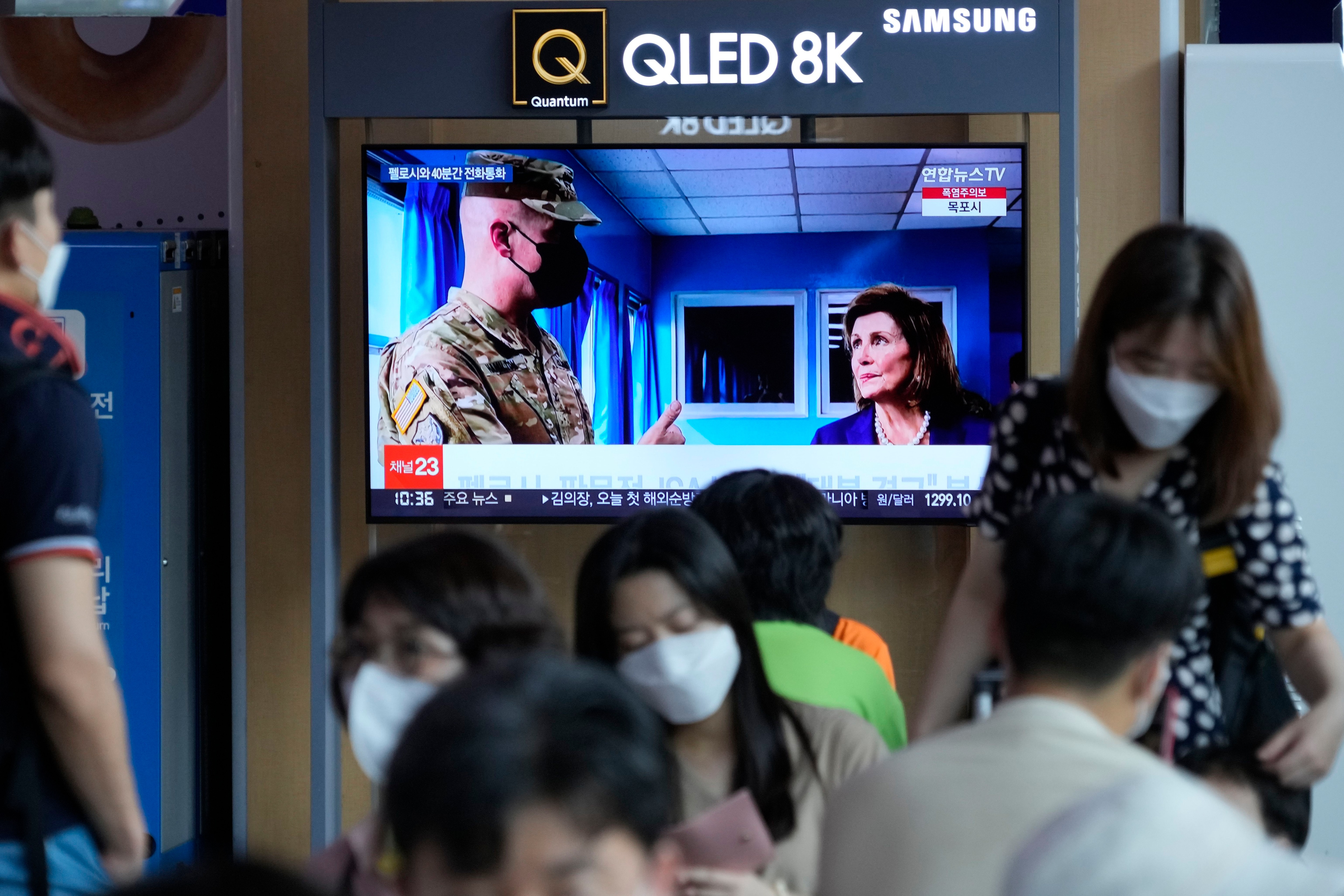 Pelosi traveled to South Korea after visiting Taiwan, which had prompted China to launch military exercises including missile strike training in waters near the self-governed island. China views Taiwan as part of its own territory to be annexed by force if necessary.

While in South Korea, Pelosi visited a border area with North Korea and discussed the North’s nuclear program with South Korean National Assembly Speaker Kim Jin Pyo. According to Kim, the two agreed to support their governments’ push for denuclearization and peace on the Korean Peninsula based on strong, extended deterrence against the North and diplomacy.

On Saturday, Jo Yong Sam, director general at the North Korean Foreign Ministry’s press and information affairs department, slammed Pelosi over her visit to the border and discussion of anti-North Korean deterrence.

“Pelosi who had come under a volley of due criticism from China for destroying regional peace and stability by visiting Taiwan, stirred up the atmosphere of confrontation” with North Korea during her stay in South Korea, Jo said in a statement carried by state media.

“It would be a fatal mistake for her to think that she can go scot-free in the Korean Peninsula,” Jo warned. “The U.S. will have to pay dearly for all the sources of trouble spawned by her wherever she went.”

Pelosi’s visit to the Joint Security Area at the Korean border on Thursday made her the highest-profile American to go there since then-President Donald Trump visited in 2019 for a meeting with North Korean leader Kim Jong Un.

I-TEAM: Customers out thousands of dollars after paying deposits for fence work that wasn’t done

Located inside the world’s most heavily fortified border, the area is jointly controlled by the American-led United Nations Command and North Korea. U.S. presidents and other top officials have previously traveled to the area to reaffirm their security commitment to South Korea in times of animosities with North Korea.

During her JSA visit, Pelosi didn’t make any strong public statements against North Korea. She uploaded several photos from the JSA on Twitter and wrote: “We conveyed the gratitude of the Congress and the Country for the patriotic service of our servicemembers, who stand as sentinels of Democracy on the Korean Peninsula.”

North Korea has said it would not return to denuclearization talks and instead focus on expanding its nuclear program unless the United States drops its hostile policies, in an apparent reference to U.S.-led international sanctions on the North and its regular military drills with South Korea.

Golden Globes 2021: The Complete List of Nominees | Entertainment Weekly
Stranded whale out of French river, to be moved to saltwater