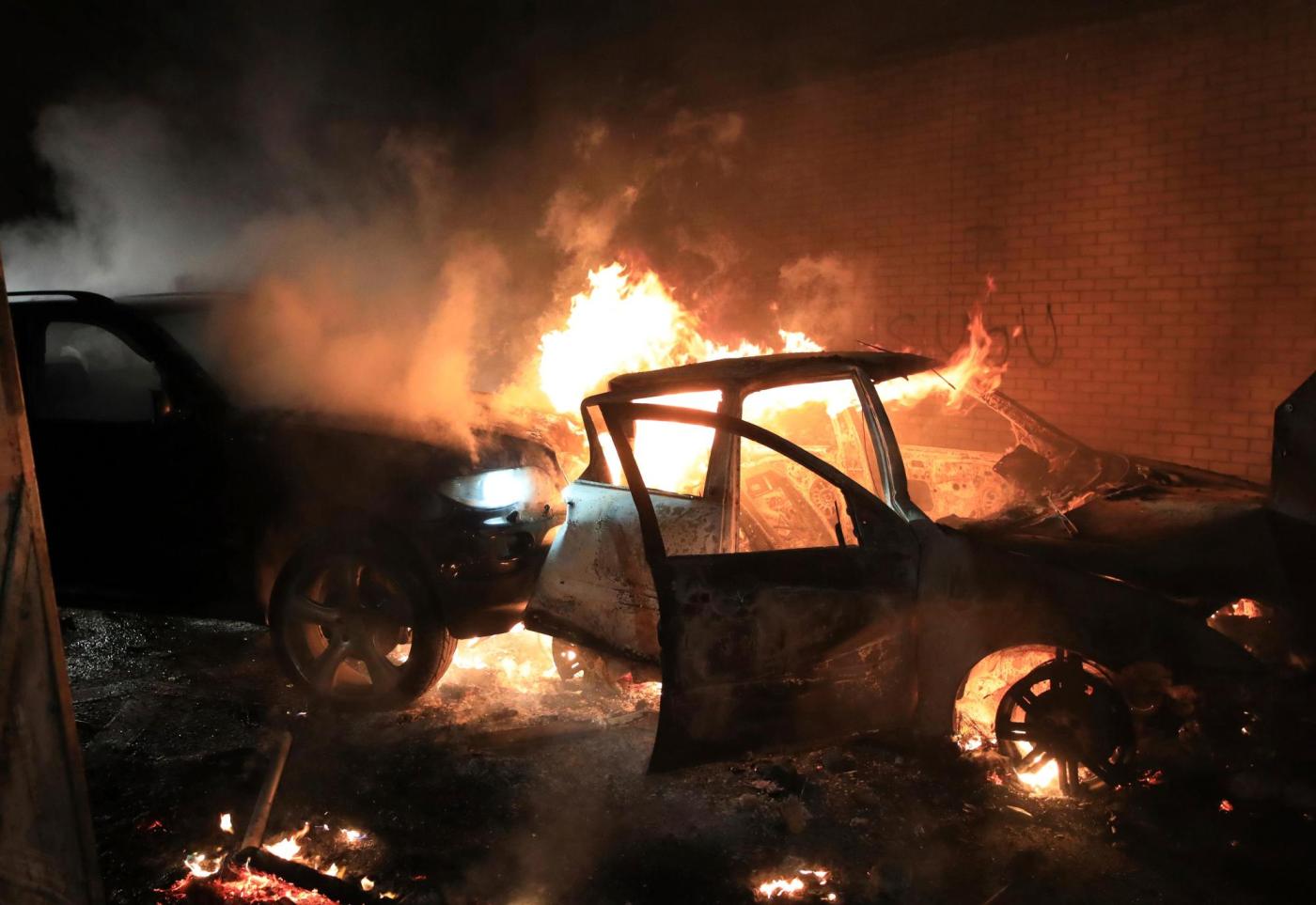 By PETER MORRISON and JILL LAWLESS

BELFAST, Northern Ireland (AP) — Authorities in Northern Ireland sought to restore calm Thursday after Protestant and Catholic youths in Belfast hurled bricks, fireworks and gasoline bombs at police and each other. It was the worst mayhem in a week of street violence in the region, where Britain’s exit from the European Union has unsettled an uneasy political balance.

Crowds including children as young as 12 or 13 clashed across a concrete “peace wall” in west Belfast that separates a British loyalist Protestant neighborhood from an Irish nationalist Catholic area. Police fired rubber bullets at the crowd, and nearby a city bus was hijacked and set on fire.

Northern Ireland has seen sporadic outbreaks of street violence since the 1998 Good Friday peace accord ended “the Troubles” — decades of Catholic-Protestant bloodshed over the status of the region in which more than 3,000 people died.

But Police Service of Northern Ireland Assistant Chief Constable Jonathan Roberts said Wednesday’s mayhem “was at a scale we have not seen in recent years.” He said 55 police officers had been injured over several nights of disorder and it was lucky no one had been seriously hurt or killed.

There was a further outbreak of violence Thursday night in the nationalist Springfield Road area of Belfast, where youths threw stones at police, who responded with a water cannon blast.

Britain’s split from the EU has highlighted the contested status of Northern Ireland, where some people identify as British and want to stay part of the U.K., while others see themselves as Irish and seek unity with the neighboring Republic of Ireland, an EU member.

Unrest has erupted over the past week — largely in loyalist, Protestant areas — amid rising tensions over post-Brexit trade rules and worsening relations between the parties in the Protestant-Catholic power-sharing Belfast government.

U.K. Prime Minister Boris Johnson condemned the unrest, saying “the way to resolve differences is through dialogue, not violence or criminality.” He sent Northern Ireland Secretary Brandon Lewis to Belfast for talks with the region’s political leaders.

White House press secretary Jen Psaki said the Biden administration was concerned by the violence, “and we join the British, Irish and Northern Irish leaders in their calls for calm.”

Meanwhile, Northern Ireland’s Belfast-based assembly and government held emergency meetings Thursday and called for an end to the violence.

Despite the united message, Northern Ireland’s politicians are deeply divided, and events on the street are in many cases beyond their control.

As many predicted it would, the situation has been destabilized by Britain’s departure from the EU — after almost 50 years of membership — that became final on Dec. 31.

A post-Brexit U.K.-EU trade deal has imposed customs and border checks on some goods moving between Northern Ireland and the rest of the U.K. The arrangement …read more