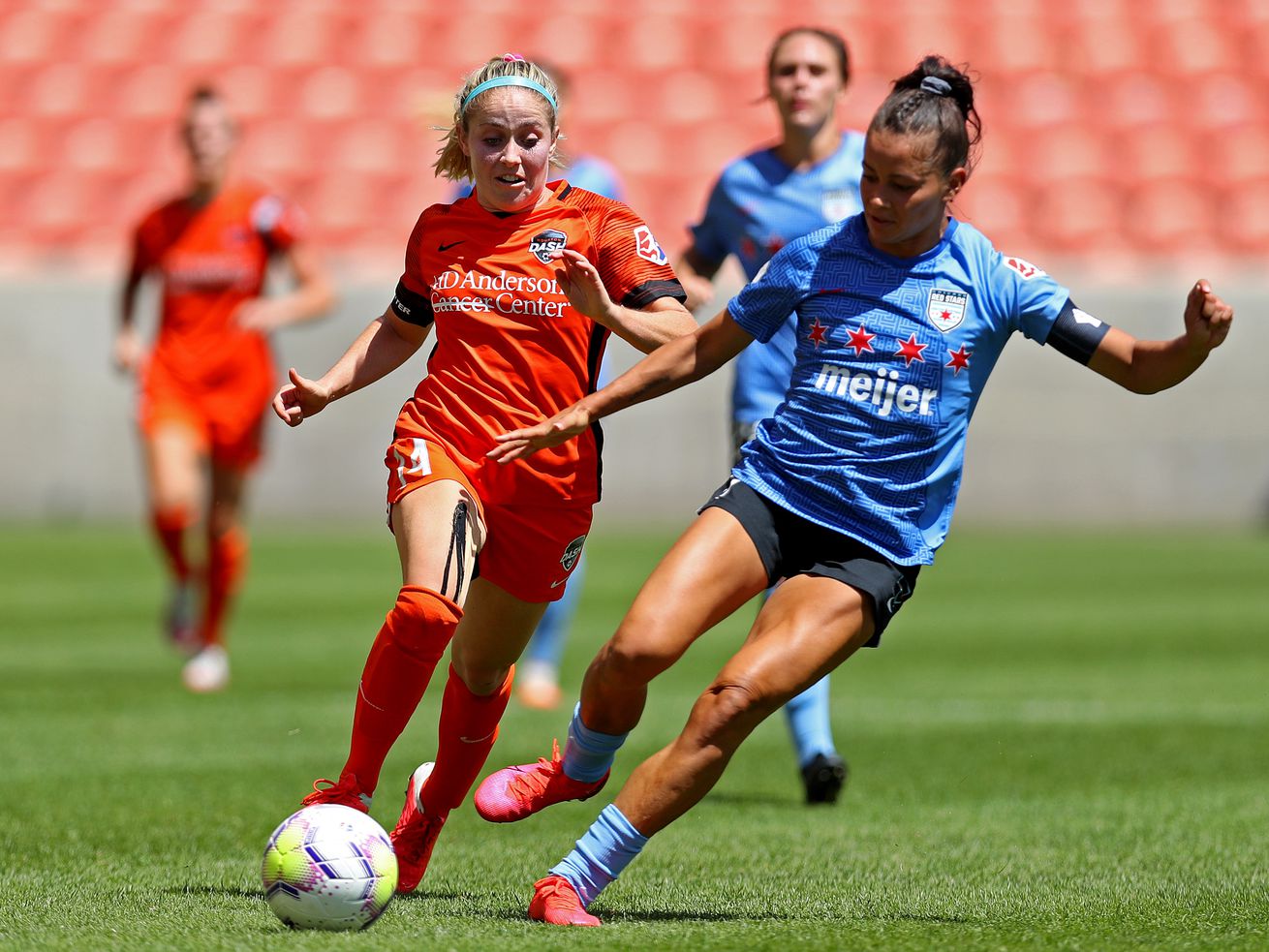 The investigation was prompted by claims from Gorden that she and her boyfriend were racially profiled after the Red Stars opening match of the Challenge Cup tournament in Houston on April 9.

Tuesday evening, the National Women’s Soccer League announced in a press release no disciplinary action would be taken against the Houston Dash following an investigation into Red Stars defender Sarah Gorden’s claims a BBVA Stadium security guard racially profiled her and her boyfriend.

“Following multiple interviews with witnesses and a review of the venue security footage, the investigation was closed,” the league’s statement said in part. “Based on the findings of the independent investigator, no disciplinary action will be taken against the club.”

The league concluded its statement saying that it would have no further comment on the investigation or the outcome because of confidentiality restrictions.

The investigation was prompted by claims from Gorden that she and her boyfriend were racially profiled after the Red Stars opening match of the Challenge Cup tournament in Houston on April 9.

Gorden’s teammates and players across the league proclaimed their full support for her, including the Black Women’s Players Collective, who acknowledged this was not an isolated incident.

“In this league, it is not unprecedented for a black player’s family member to be approached and treated with unwarranted hostility,” the BWPC said in its original statement. “It is, however, unacceptable. We hope the NWSL’s investigation will be conducted with the utmost principle and integrity.”

Gorden’s account was backed up by assistant coach Scott Parkinson who shared his perspective of the situation.

“My instincts told me they were being unfairly treated because of the color of their skin,” Parkinson said in his original post on Twitter.

The NWSL and the Red Stars told the Sun-Times they are unable to comment.

Buttigieg: There are a lot of evolving technologies we have to prepare for

Tutima Reaches For the Sky with Slate Grey Pilot Watch