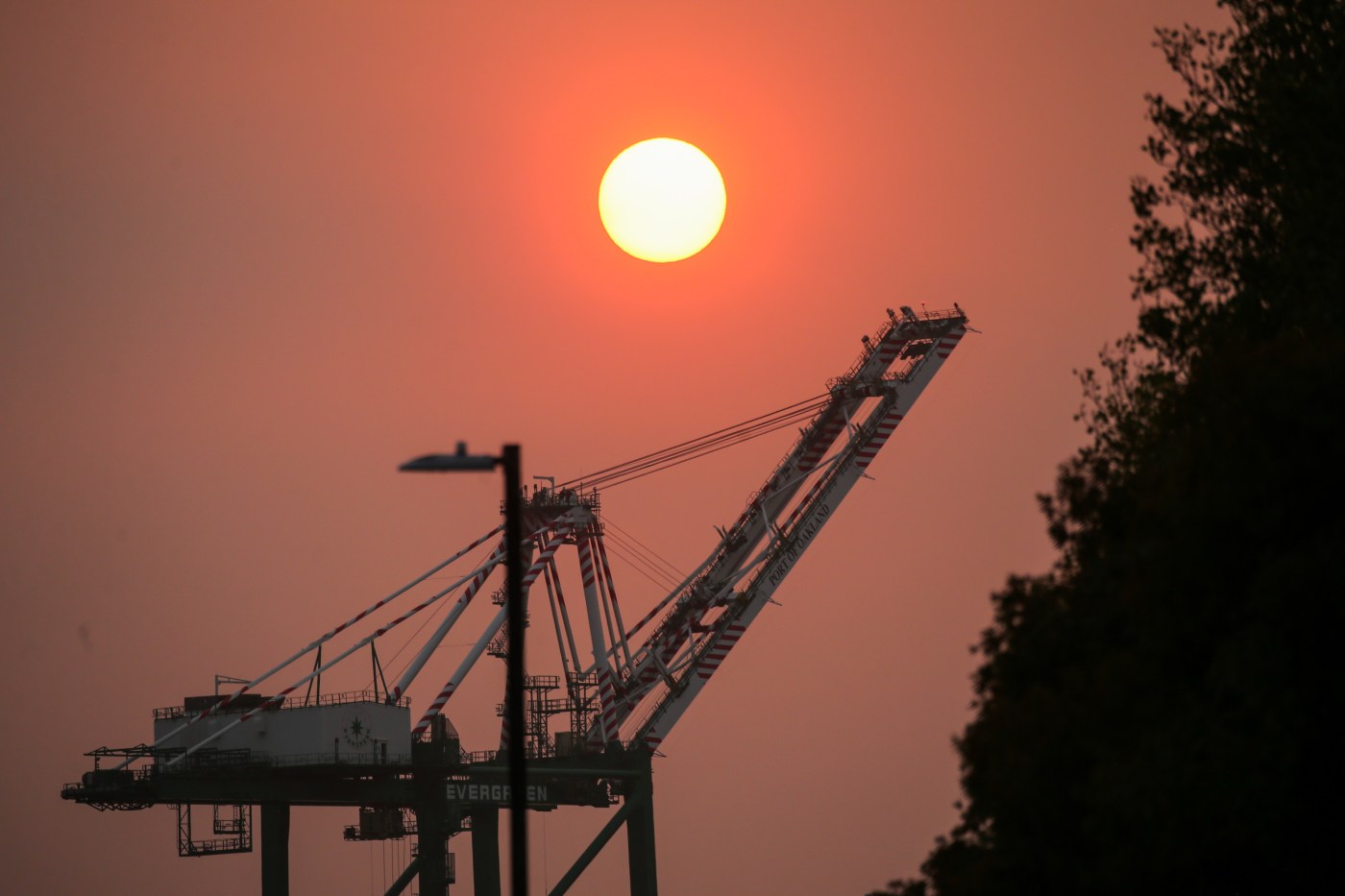 OAKLAND — The Port of Oakland has been able to ease a bottleneck that impeded container handling through the hiring of dockworkers, a move that avoids the current woes in Southern California ports.

A supply-chain gridlock has snarled the processing of oceangoing shipments and has prompted efforts aimed at around-the-clock operations at the seaports in Los Angeles and Long Beach.

The Oakland seaport, however, has been able to ease an earlier bottleneck at the East Bay cargo hub, port officials said Thursday.

The cargo bottleneck has jolted the three primary California ports in Oakland, Los Angeles and Long Beach. The gridlock persists in Southern California but has vanished at the East Bay seaport, officials said.

“Unlike other ports around the country that are experiencing vessel congestion, Oakland is not experiencing any congestion or delays,” said Robert Bernardo, a spokesperson for the Oakland port.

In Los Angeles and Long Beach, officials have begun to scramble to attempt to operate 24/7. That’s not the case for Oakland, however.

“We are not looking at a 24/7 schedule,” Bernardo said. “We have plenty of capacity here in Oakland.”

That wasn’t the case during part of the summer at the Port of Oakland.

“From May through August 2021, the Port of Oakland experienced congestion due to a longshore labor shortage, and some ships decided to bypass Oakland,” Bernardo said.

This week, the Biden Administration proclaimed that an announcement by the president had solved the tangle — but officials at both the Los Angeles and Long Beach ports say it would require an unspecified amount of time to actually ramp up to an around-the-clock operation as Biden had touted.

Dozens of freighters were reported to be floating in the shipping lanes off Los Angeles and Long Beach this week, waiting to unload their containers.

A similar problem emerged in July at the Oakland port, but port officials and others involved with the seaport launched efforts to cope with the gridlock.

“The labor shortage was addressed by a coalition of the port, shipping companies, marine terminal association and the longshore union,” Bernardo said.

The solution: More dock workers were brought on at the Oakland port.

“The coalition’s efforts led to more hiring of dockworkers, over the span of a few months, to address the congestion that intensified over the summer,” Bernardo said.

That’s resulted in more activity at the Port of Oakland, which has managed to recapture some of its lost business.

“By about late summer, demand decreased due to ships skipping Oakland,” Bernardo said. “Now we are seeing the return of those ships that bypassed us.”