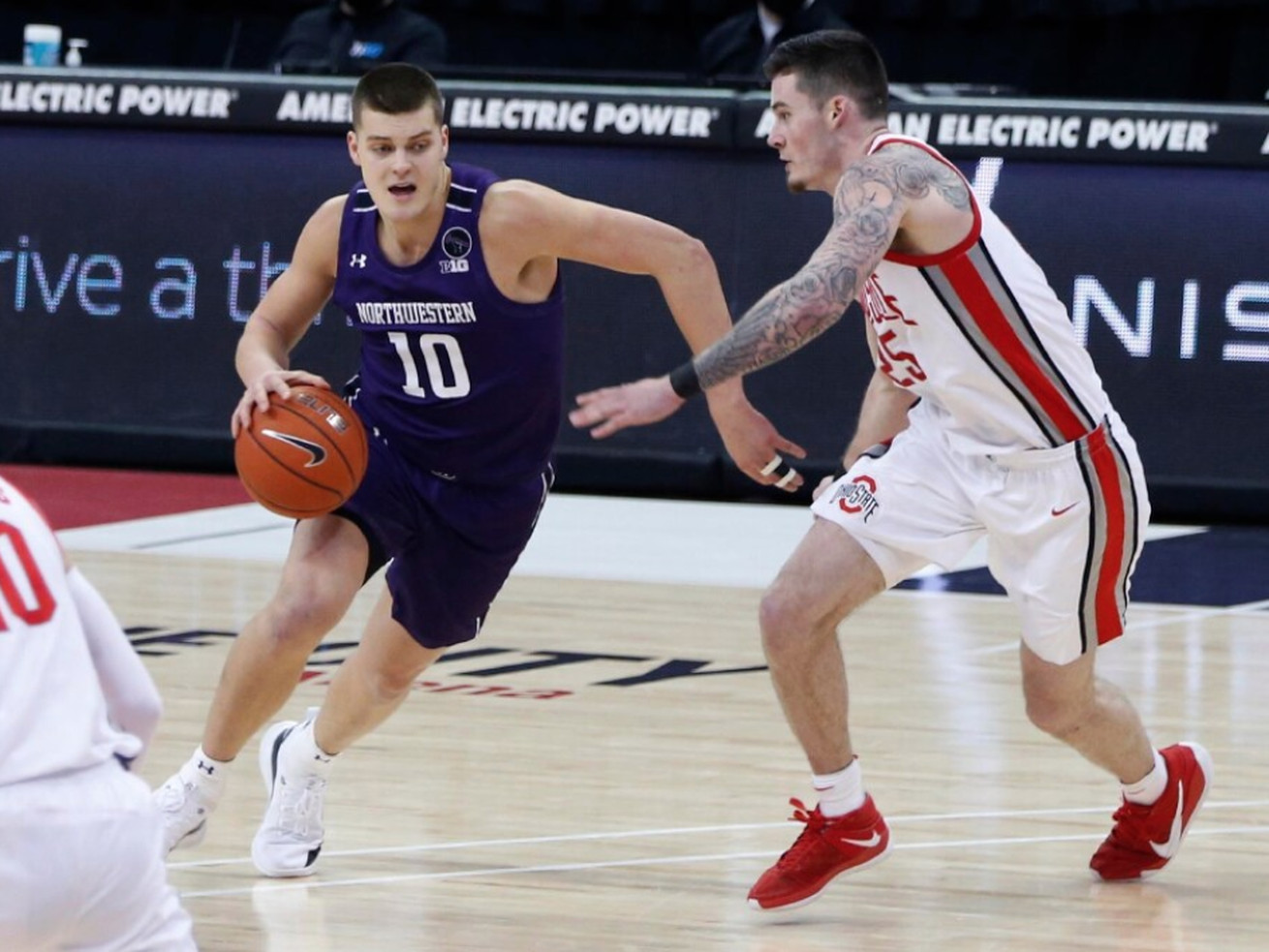 Chase Audige kept the Wildcats in the game, scoring 21 of his career-best 25 points in the first half.

COLUMBUS, Ohio — Ohio State was not going to let Northwestern come from behind again.

Duane Washington Jr. scored a career-high 23 points to lead No. 21 Ohio State to an 81-71 win over Northwestern on Wednesday night.

Justin Ahrens added 12 points, hitting four 3-pointers, including a timely one late in the second half to help preserve the Buckeyes lead.

“We lost a tough one up there, and what we learned is we had to play smarter and harder in the last four minutes of the game,” Ahrens said. “We did that tonight with a good result.”

“This is the most proud I have been of our team the entire year—to respond the way we did,” Ohio State coach Chris Holtmann said.

A lesson for Illinois on cash bail? New York, California also got rid of it, but reforms didn’t last

Kyle Young added 12, including a key three-point play with just over two minutes left in the game, and Justice Sueing added 13.

“Giving up 81 is not gonna cut it in the Big Ten,” Northwestern coach Chris Collins said. “We’ve got to do a better job to slow these teams down.”

Freshman Meechie Johnson Jr., who left high school earlier this year to bolster the Buckeye bench, scored his first-ever basket, a 3-pointer on his first career shot. Johnson ended up with 6

The Buckeye victory was all the more impressive considering the limited scoring from E.J. Liddell, who missed all six of his shots from the field. He was 6-for-8 from the free throw line.

Duane Washington Jr. continued with the hot hand, and a shootout between two shooting guards went Ohio State’s way. Northwestern hung tough but it was not enough to overcome a balanced Buckeye effort.