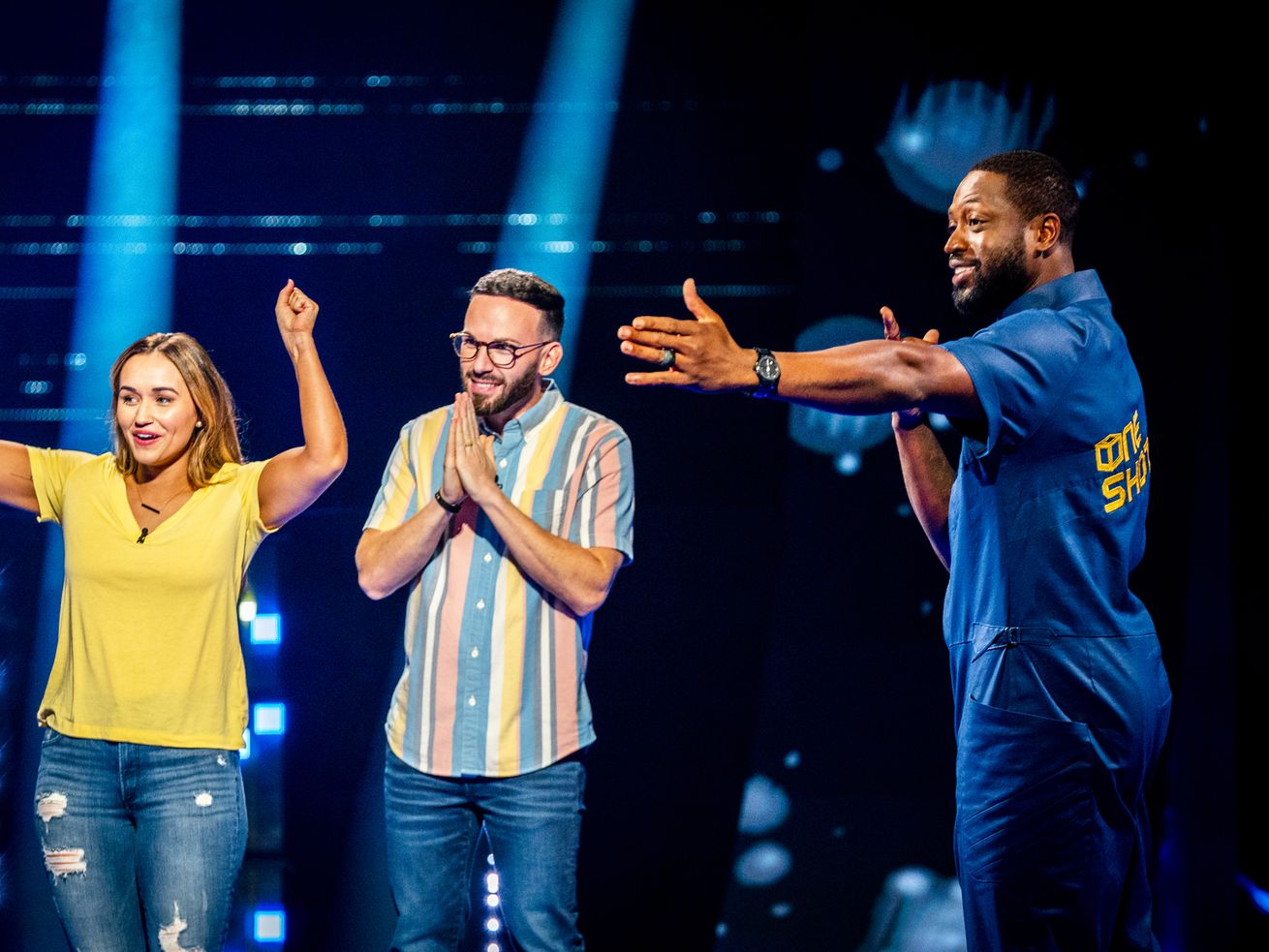 NBA star says he wants contestants on ‘The Cube’ to feel ‘like we all are in this together.’

“The Cube,” which premiered Thursday on TBS, is based on a British format in which teams of two attempt to complete a series of deceptively easy games — like emptying a box of balls or counting rapidly moving squares — inside the structure to win a $250,000 prize. They have nine lives to accomplish seven tasks (with one or two players) and can tap Wade to help them once, a “One Shot.”

Wade, a Chicago native and former Bull who retired from the Miami Heat in 2019, first signed on to the series as an executive producer and was hesitant when approached to host. “But I decided to take the challenge because it was something that I was a little afraid of doing,” he says. “Once I got the chance to know the game, I was like, ‘Oh, we can really do some good here as well.’ So it was a win-win.”

Q. How does it feel when a team calls in their “One Shot”? Are you nervous?

A. There is so much pressure. I’m sitting there for hours. I’m doing multiple groups per day. I’m getting three or four different (teams) in per day, and then it’s like, in the midst of the heated moment, they like, “OK, Let’s call D in to do it.”

And I haven’t practiced; I can’t go in there and warm up. The only thing I can do is run back and change my outfit, but that’s it. I don’t even go in the back and get a chance to play the game. So it’s definitely a lot of pressure, but it’s real, too. It’s like the contestants. … But I went in there and represented.

Q. In one episode, you deliver a rather inspirational speech to a player who has lost all confidence. Do you feel being a coach is part of your role as host?

A. One hundred percent. I think that’s one of the reasons why they wanted me to host it as well. I’m used to being in the locker room. I know how to motivate guys as leaders. Also, too, I have the compassion. In those moments, sometimes I crack jokes and I’m trying to push them, and there’s other moments where I’m in there with them. I want them to feel like we all are in this together.

Q. How do you think that you and wife Gabrielle Union would do competing as a team on the show?

A. Terrible (laughs). I give couples a lot of credit. You would think that’s who you’re supposed to work best with, your significant other, but I think it’s hard. Me and my wife are both alphas, and sometimes you got two alphas in …read more

‘Kevin Can F- – – Himself’: A despairing sitcom wife steps off camera, where life isn’t so funny