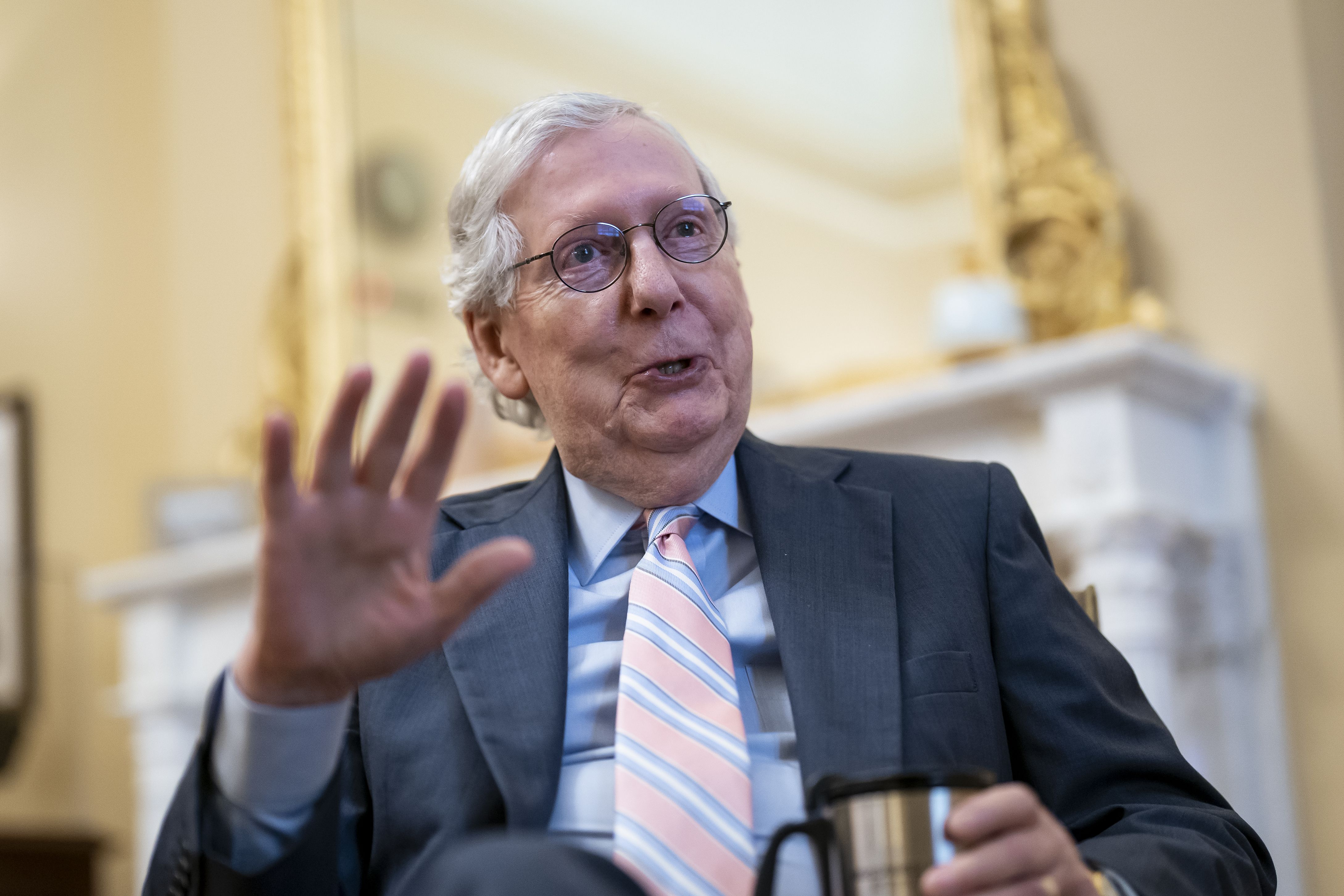 At a dinner with the president of Finland shortly after Russia invaded Ukraine, Senate Republican leader Mitch McConnell assured his host that the U.S. Senate would swiftly ratify NATO membership if the north European country chose to apply to the military alliance.

It was a bold assumption for the Republican leader to make in the aftermath of the Trump era, when Donald Trump roused a neo-isolationist streak in the GOP, railing against the North Atlantic Treaty Organization and threatening at times to upend the decades-old alliance. But over several courses of fresh fish and schnapps, McConnell, long a proponent of NATO’s expansion as a bulwark against Russian aggression, sought to leave the impression that the U.S. would most certainly welcome the new NATO members with open arms.

Late Wednesday, the Senate did exactly that, as most Republicans joined Democrats in ratifying the accession of Finland and Sweden to the alliance, an overwhelming 95-1 vote. Other NATO countries also must approve the new members.

“What a big day,” McConnell said during an interview with The Associated Press in his office ahead of the vote.

McConnell said he had just finished a phone call with the Finnish president, Sauli Niinisto, whom he now considers something of a friend. The two were “just talking about what we’ve sort of been through since we had dinner together,” he said, noting “this new and strengthened NATO and the way it’s pulled together sort of the, shall I say, the democratic world.”

The Republican is not the leader of the Senate’s majority, but its minority, yet he has played a pivotal role in joining forces with President Joe Biden and the Democrats to nudge GOP senators off the Trump-era foreign policy approach and ensure NATO ratification.

It’s a milestone for McConnell, who has championed the NATO alliance almost since he joined the Senate more than 35 years ago. That position put him at odds with Trump during his tenure in the White House. At the time, McConnell and House Speaker Nancy Pelosi famously invited NATO Secretary-General Jens Stoltenberg to deliver a speech to Congress on its 70th anniversary in direct response to Trump’s criticisms of NATO.

“That’s the role Sen. McConnell is trying to play,” said Eric Edelman, a former U.S. ambassador to Finland and Turkey.

“It’s an ongoing struggle,” Edelman said. “The whole fight over Ukraine has become a little bit of a microcosm, a microcosmic case, of the larger fight in the party over its future stand on foreign policy. And, you see, unfortunately, a lot of people who don’t see this as an important stake for the United States.”

Speedy action in the typically slow moving Senate was no guarantee, particularly as Republicans are still sorting out their policies and politics after Trump’s presidency. The former president had awakened in the party, and many American voters, a newfound skepticism of the overseas alliance that lingers in the GOP at a time when Russian President Vladimir Putin’s invasion of Ukraine has drawn the U.S. and …read more

Golden Globes 2021: The Complete List of Nominees | Entertainment Weekly
Elon Musk sells $7B in Tesla shares ahead of Twitter fight