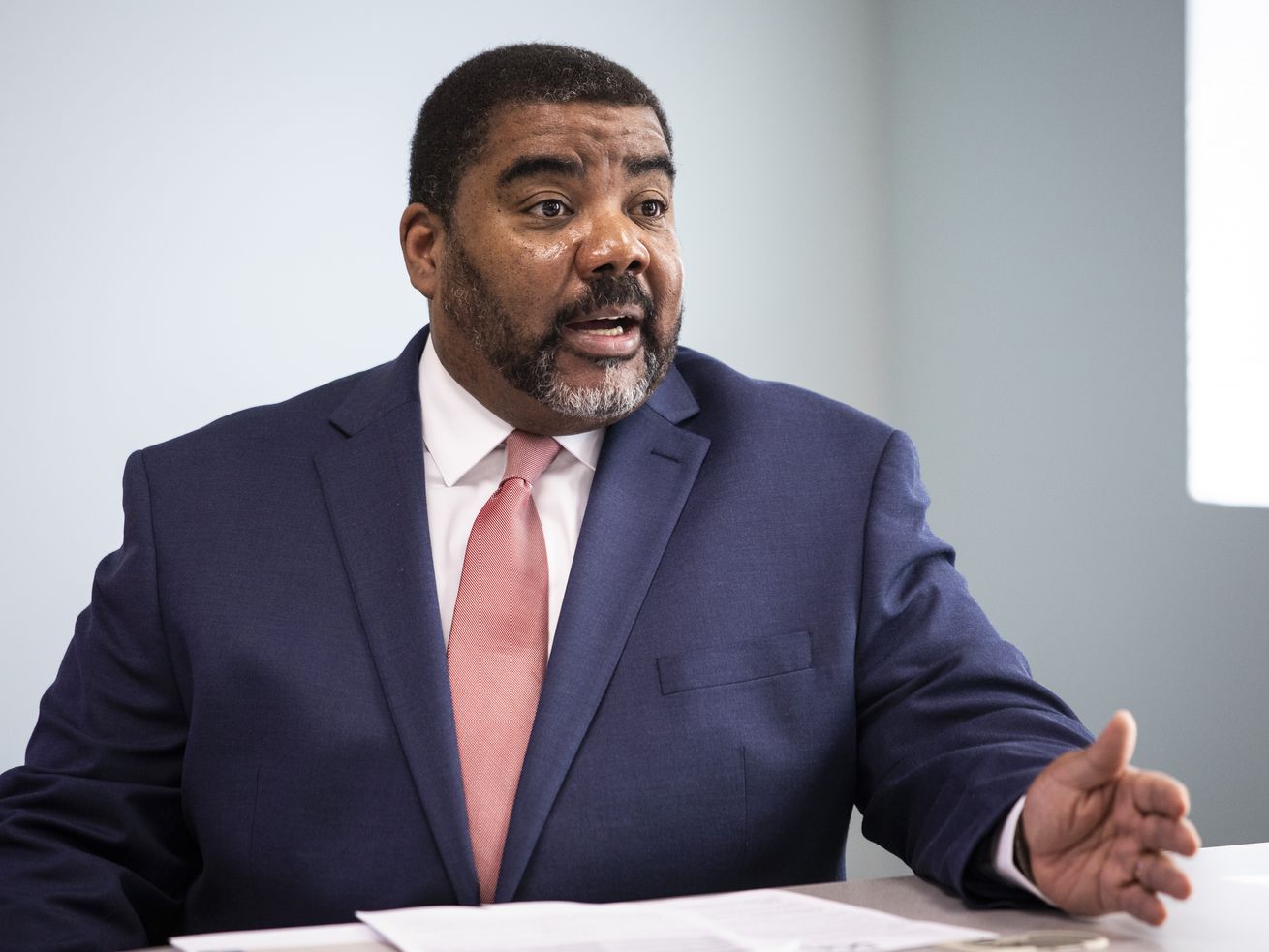 Illinois DCFS Director Marc Smith was held in contempt of court last week over the cases of two children who were left sitting in facilities for months, records show. | Ashlee Rezin/Sun-Times

A judge issued a third contempt of court order against the state’s top child welfare official regarding psychiatric placements of troubled children. It is, as one legislator says, a “wake-up call.”

The latest chapter in the long-running saga of Illinois’ failure to protect its most vulnerable children featured a Cook County Juvenile Court Judge taking an extraordinary step: Throwing the book at the state’s top child welfare official.

Judge Patrick Murphy issued a third contempt of court order Thursday against Department of Children and Family Services Director Marc Smith. It was the third such order in the past eight days involving children who were kept in psychiatric facilities for months even though they were ready to be placed with families.

If you’re wondering whether that’s the case here, consider the story of the 9-year-old girl who suffered from malnourishment as an infant and physical and sexual abuse by family. She had been a DCFS ward for two years, and was ready to be discharged from a psychiatric facility in June 2021.

The girl was still in a facility at the time of Murphy’s contempt order last week — but since then, the agency has found her an appropriate placement.

Or consider the 13-year-old boy with “severe mental health issues” who had been forced to sleep in a utility room before he was placed in a temporary housing shelter in Mount Vernon. The shelter was supposed to house him for no more than a month, but he had been there for more than 145 days.

He’s now been placed in appropriate housing too.

Let’s hope that happens soon for the 17-year-old boy who’s been in a psychiatric hospital since last September because the agency can’t find a placement for him. His case prompted the judge’s latest contempt order on Thursday.

As Cook County Public Guardian Charles Golbert wrote in an email to the Sun-Times, “It shouldn’t take months and months, multiple hearings, multiple court orders, contempt of court findings against the DCFS Director, and sanctions for DCFS to finally do right by its kids.”

Since 2018, the agency has been the target of a lawsuit filed by Golbert alleging that the agency let hundreds of foster children with mental health problems languish in psychiatric hospitals for months after doctors had cleared them to be discharged. Over the last year, more than 350 children in DCFS care were languishing in psychiatric hospitals for lack of appropriate placements.

Smith, who was appointed in 2019, inherited the job of fixing a problem he didn’t create. To do so, Smith has to turn around an agency plagued for years by chronic understaffing and other failures.

The judge’s bold move insures that those in power don’t grown numb to the stories of troubled children stuck in a dysfunctional system. …read more