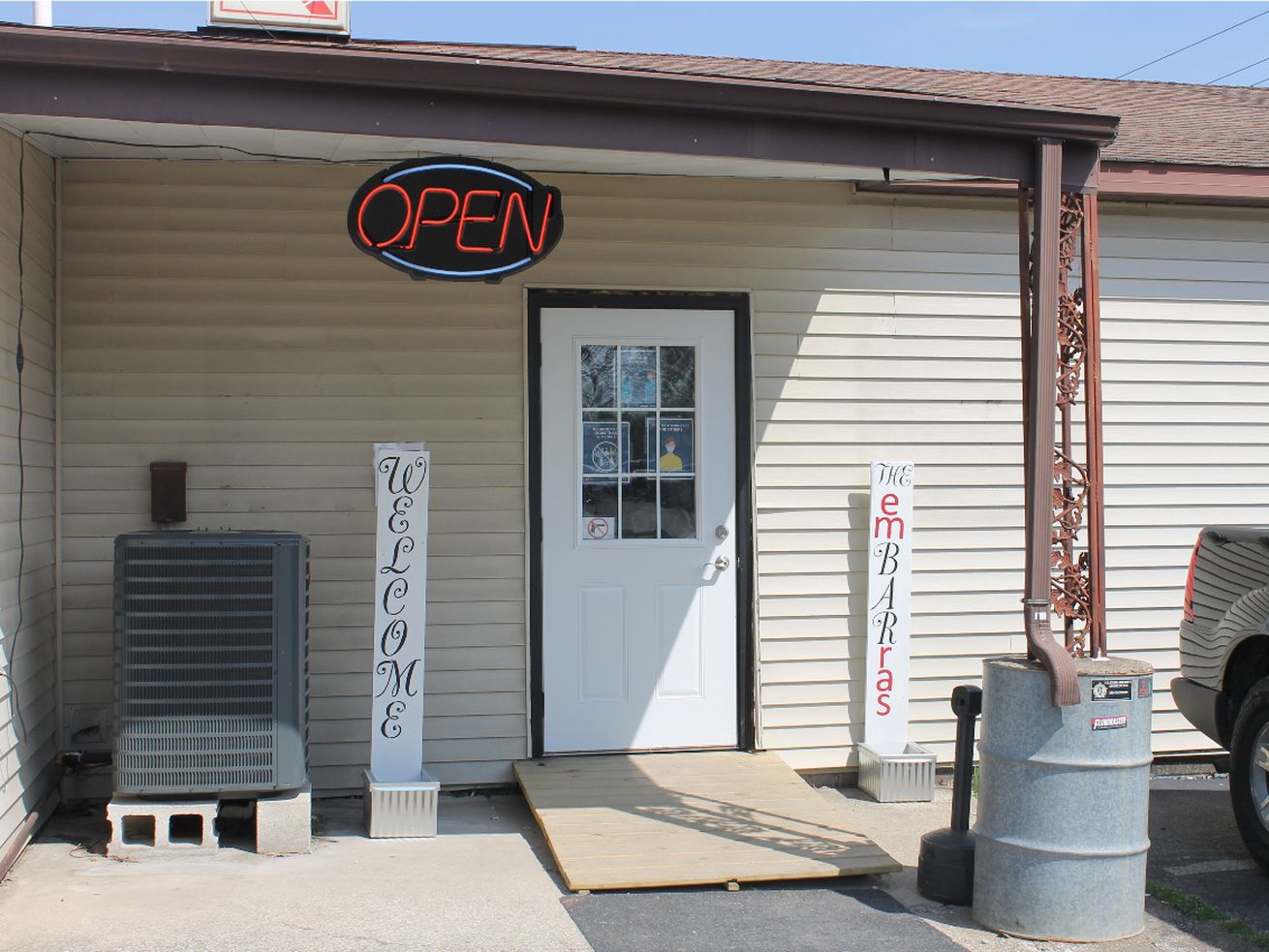 Owner Ryan Garrett said of the “30 to 40” that attended the grand opening, “most were just close friends or acquaintances.”  No one was turned away if they refused to wear a mask or social distance.

VILLA GROVE, Ill. – The bar is officially named the Embarras, because it’s barely a bottle cap’s throw from the Embarras River in central Illinois.

But in this rural community some 160 miles south of Chicago, everyone just calls it “the bar.”

And now, whether locals like it or not, it’s known as the site of a coronavirus “super-spreader” event.

On a bitterly cold February night, residents lined up for the opening of the bar, one of the few establishments in town for locals to gather for some fun after a year of COVID-19 lockdowns.

Owner Ryan Garrett said of the “30 to 40” that attended the grand opening, “most were just close friends or acquaintances.”

No one was turned away if they refused to wear a mask or social distance.

“You can’t make them wear masks,” Garrett told the Sun-Times on Tuesday. “You can’t throw customers out for not wearing a mask.

“But we encourage it. We have hand sanitizer and masks available, we space out all our tables, and we’ve never been filled to capacity of a hundred since we opened.”

Andrew Sullender/Chicago Sun-Times
Inside the Embarras bar in Villa Grove, Ill., on Tuesday.

According to the U.S. Centers for Disease Control, those precautions fell far short.

The Feb. 5 event at the bar led to 46 residents contracting COVID-19, and the closure of its school system of more than 650 students 11 days later, according to a CDC report released Monday.

Of those infected by spread of the coronavirus at the indoor event with “no outside air flow” were 26 patrons, three staff members, and 17 “secondary cases” among individuals who didn’t attend the event.

Five school-age children, two student athletes and two residents of a long-term care facility — one of whom was briefly hospitalized — were among that latter group.

Four of those infected had “COVID-19–like symptoms” the same day they attended the event.

The CDC did not name the bar in its report, only describing it as a “rural Illinois bar.”

Garrett initially denied his tavern was the one in the widely publicized CDC report.

“I can assure you that our bar was not responsible for a Covid outbreak” he wrote in a Facebook post late Monday. “No one that owns or works at this bar transmitted COVID to anyone.”

But in an interview with the Sun-Times the following day, Garrett first said that he “didn’t know if we’re the bar” the CDC cited and eventually admitted that his business had held the super-spreader event.

“The CDC said it was a bar opening in Villa Grove, and we’re the only bar in …read more