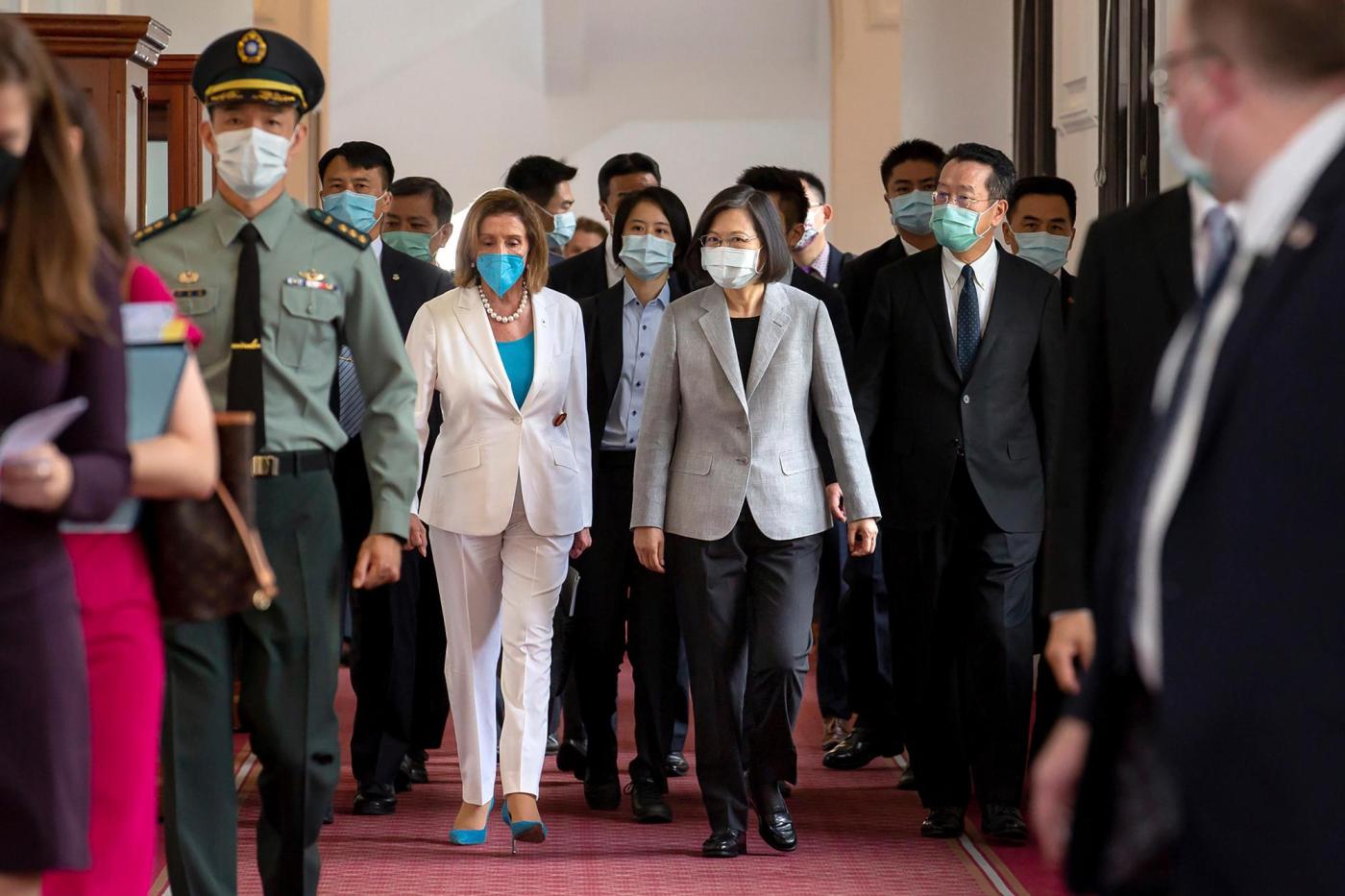 TAIPEI, Taiwan (AP) — U.S. House Speaker Nancy Pelosi left Taiwan after a visit that heightened tensions with China, saying Wednesday that she and other members of Congress in her delegation showed they will not abandon their commitment to the self-governing island.

Pelosi, the first U.S. speaker to visit the island in more than 25 years, courted Beijing’s wrath with the visit and set off more than a week of debate over whether it was a good idea after news of it leaked. In Taipei she remained calm but defiant.

“Today the world faces a choice between democracy and autocracy,” she said in a short speech during a meeting with Taiwanese President Tsai Ing-wen. “America’s determination to preserve democracy, here in Taiwan and around the world, remains ironclad.”

China, which claims Taiwan as its territory and opposes any engagement by Taiwanese officials with foreign governments, announced multiple military exercises around the island, parts of which will enter Taiwanese waters, and issued a series of harsh statements after the delegation touched down Tuesday night in the Taiwanese capital, Taipei.

The Chinese military exercises, including live fire, are to start Thursday and be the largest aimed at Taiwan since 1995, when China fired missiles in a large-scale exercise to show its displeasure at a visit by then-Taiwanese President Lee Teng-hui to the U.S.

“Facing deliberately heightened military threats, Taiwan will not back down,” Tsai said at her meeting with Pelosi. “We will firmly uphold our nation’s sovereignty and continue to hold the line of defense for democracy.”

Using live fire in a country’s territorial airspace or waters is risky, said Wang, adding that “according to international rules of engagement, this can possibly be seen as an act of war.”

Tsai, thanking Pelosi for her decades of support for Taiwan, presented the speaker with a civilian honor, the Order of the Propitious Clouds.

China’s response has been loud and has come on multiple fronts: diplomatic, economic and military.

Vin Scully was impactful, inspiring: ‘He transcended baseball; he was life’