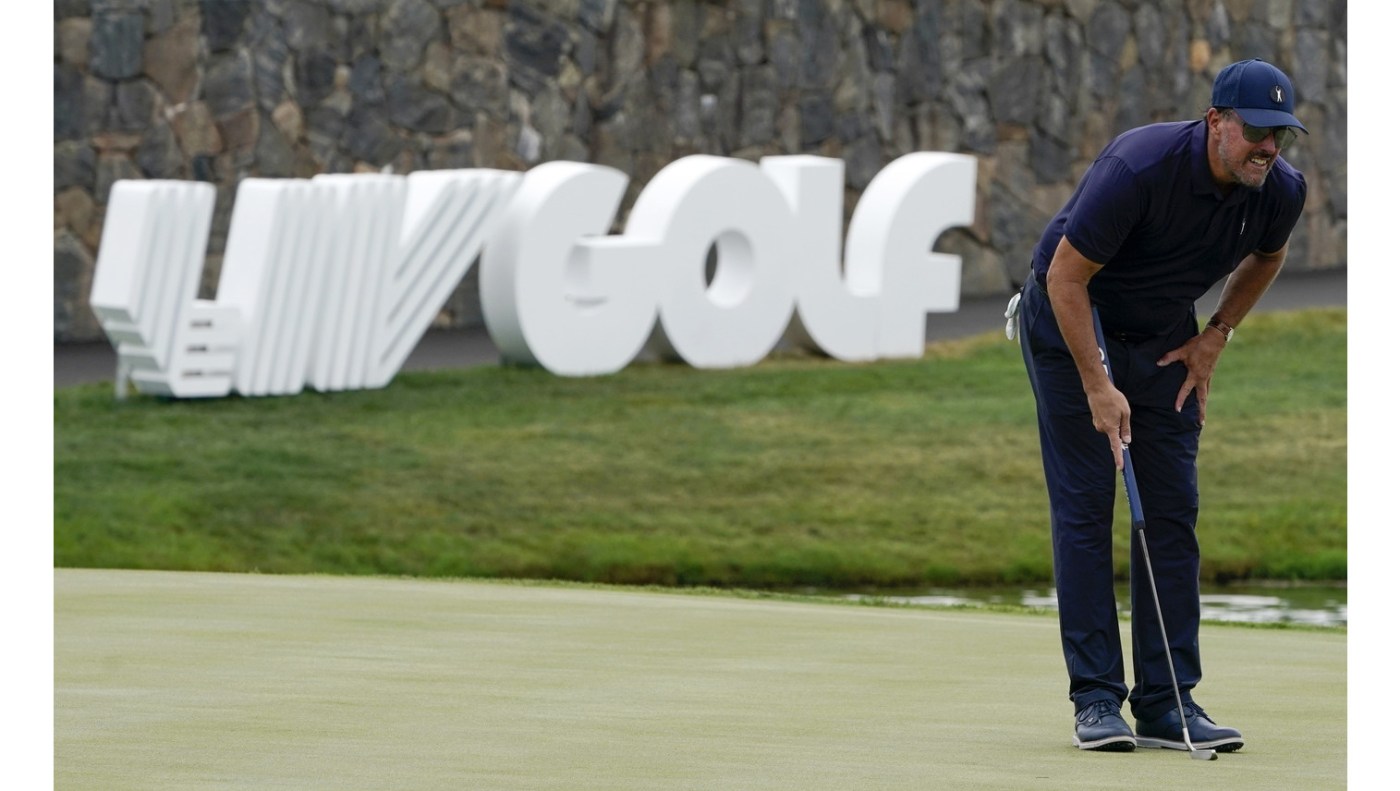 Phil Mickelson, Bryson DeChambeau and nine other players who defected to the Saudi-funded LIV Golf filed an antitrust lawsuit Wednesday against the PGA Tour, the first step in a legal fight that could define the boundaries of where players can compete.

The lawsuit, filed in U.S. District Court in San Francisco, claims the PGA Tour has used monopoly power to try to squash competition and has unfairly suspended players.

A separate motion was filed asking for a temporary restraining order to allow Talor Gooch, Matt Jones and Hudson Swafford to play in the FedEx Cup playoffs, the PGA Tour’s postseason, which begins next week.

The lawsuit also revealed that PGA Tour Commissioner Jay Monahan suspended Mickelson for two months in March for his role in recruiting players to LIV Golf. It said Mickelson’s request in June to be reinstated was denied because he played in a LIV Golf event and that he was suspended until March 2024 for playing in another one.

Monahan responded to the lawsuit with a terse memo to his players in which he referred to “11 of your former colleagues” suing the tour and continued to refer to LIV Golf as the “Saudi Golf League.”

Saudi Arabia’s sovereign wealth fund is the primary source of the money paying exorbitant signing bonuses and providing $25 million purses for 48-man fields. Several players are in their 40s and no longer ranked among the top 50 in the world.

Monahan said players knew the consequences of signing up for the rival league.

“We have been preparing to protect our membership and contest this latest attempt to disrupt our tour, and you should be confident in the legal merits of our position,” Monahan wrote.

“Fundamentally, these suspended players – who are now Saudi Golf League employees – have walked away from the tour and now want back in,” he wrote. “It’s an attempt to use the tour platform to promote themselves and to freeride on your benefits and efforts.”

Latter-day Saint pioneer temple in Manti, Utah | here’s how it was made

LIV Golf said in a statement: “The players are right to have brought this action to challenge the PGA’s anti-competitive rules and to vindicate their rights as independent contractors to play where and when they choose. Despite the PGA Tour’s effort to stifle competition, we think golfers should be allowed to play golf.”

Its CEO, Greg Norman, has said LIV Golf would be willing to financially support any legal matters. Last month, four European tour players won a temporary stay from a U.K. judge that allowed them to play in the Scottish Open.

Mickelson reportedly signed a deal worth $200 million to join the Saudi-funded venture, with DeChambeau in the $150 million range. And those are just signing bonuses. Seventeen players already have made more than $1 million in three tournaments or fewer.

The PGA Tour denied releases for players to compete in LIV events and suspended them as soon as they put a ball in play. Some players, like Dustin Johnson, Patrick Reed and Sergio Garcia, chose to resign their PGA Tour membership.

At the heart of the lawsuit are allegations …read more

Golden Globes 2021: The Complete List of Nominees | Entertainment Weekly
Harriette Cole: She’s rich but so obnoxious. Should I just walk away?

Nicki Minaj to get Video Vanguard Award at MTV Awards

US issues sanctions on a 2nd virtual currency mixing firm