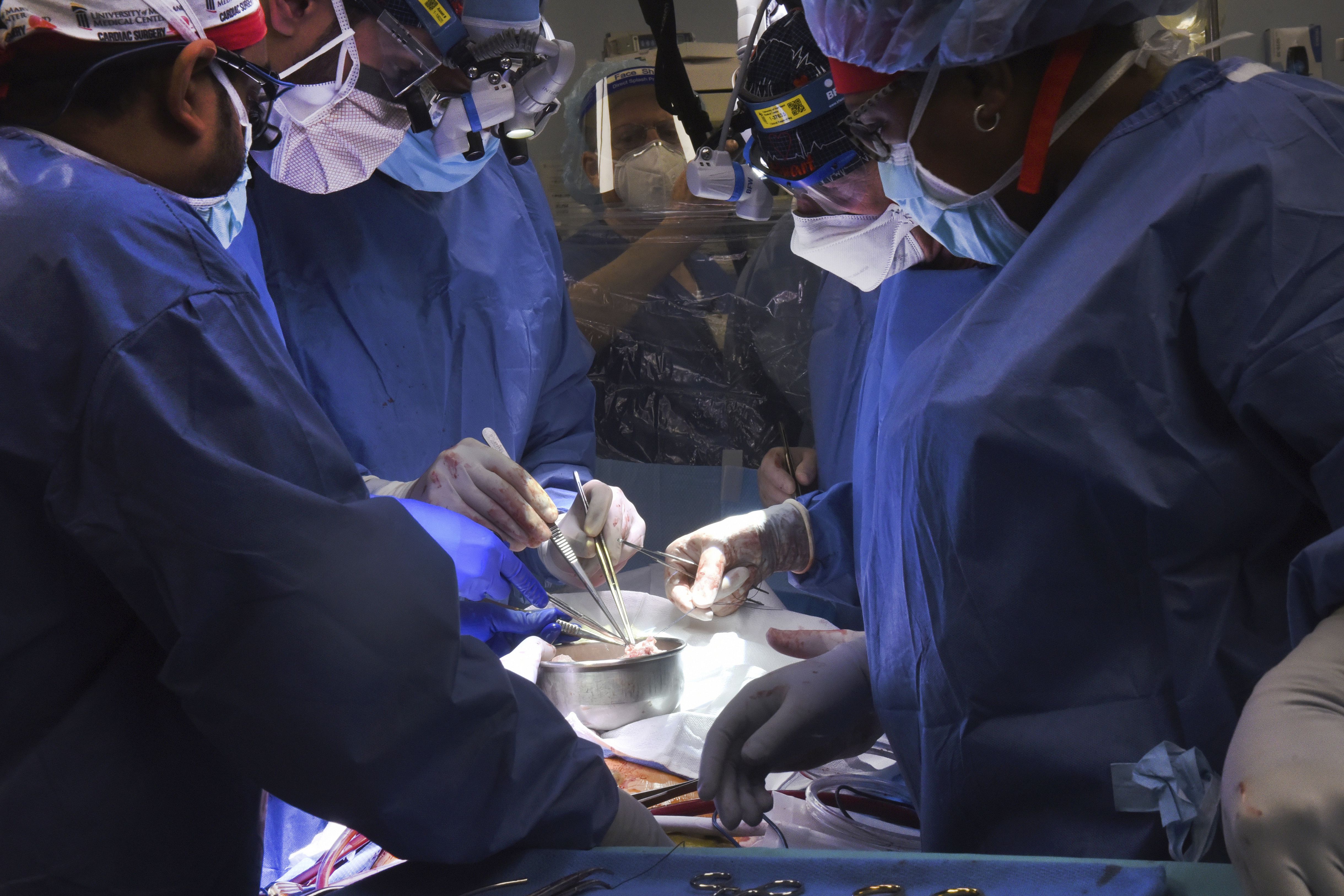 The man who received the first pig heart transplant continued to recover Tuesday, four days after the experimental surgery.

Since the transplant, David Bennett had been connected to a heart-lung machine to support his new heart. He was taken off the machine Tuesday, according to Deborah Kotz, a spokeswoman for the University of Maryland School of Medicine.

“It’s still day to day and will be for the next few weeks,” Kotz said in an email.

Bennett, 57, received the highly experimental transplant last Friday at the University of Maryland Medical Center. Doctors gave him the genetically modified pig heart as a last-ditch effort to save his life.

Bennett’s condition — heart failure and an irregular heartbeat — made him ineligible for a human heart transplant or a heart pump, doctors said.

Because of the shortage of human organs donated for transplant, scientists have been trying to figure out how to use animal organs instead. The heart came from a pig that had been genetically modified to make its organs less likely to be rejected by the human body.

The Food and Drug Administration, which oversees such experiments, allowed the surgery under what’s called a “compassionate use” emergency authorization, available when a patient with a life-threatening condition has no other options.