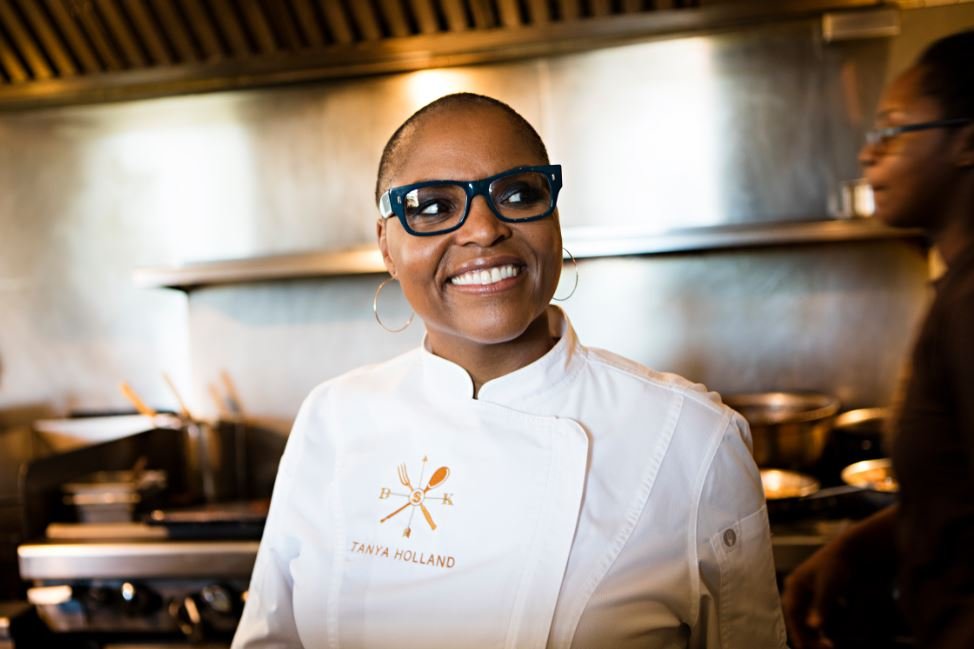 The decision, first announced by Oaklandside Nosh, comes eight months after she filed for Chapter 11 bankruptcy reorganization in an attempt to give the Uptown business at 2295 Broadway a chance to survive in this pandemic economy.

Holland said she took that action to “allow me to stabilize the business and enable me to build on my team as we look toward the future growth of my restaurant group,” according to her press release issued at the time.

However, she told Nosh this week, “We were undercapitalized from the beginning.” When you add in high rents and increasing crime in Oakland, “It was all too much.”

But her newest restaurant endeavor remains open. Town Fare by Tanya Holland, a partnership with the Oakland Museum of California, is a cafe with a plant-forward approach. She has described it as a menu that allows her to “showcase California’s pantry — seasonal vegetables and sustainably sourced meat dishes.”

Town Fare is open Wednesday through Sunday, serving lunch from noon to 2 p.m. and coffee and small bites from 2 to 5 p.m., according to the museum.

That location shuttered after 10 years, and in 2019, Holland opened a counter service spot to showcase her fried chicken and waffles in San Francisco’s Ferry Building, in addition to her Oakland flagship.

Then the pandemic hit. The Ferry Building location closed. Holland continued running the Broadway location under ever-changing safety restrictions imposed by the state and county. She also pivoted to outdoor dining and take-out and partnered with nonprofits to provide meals for those in need.

This is a developing story. Please return for updates.