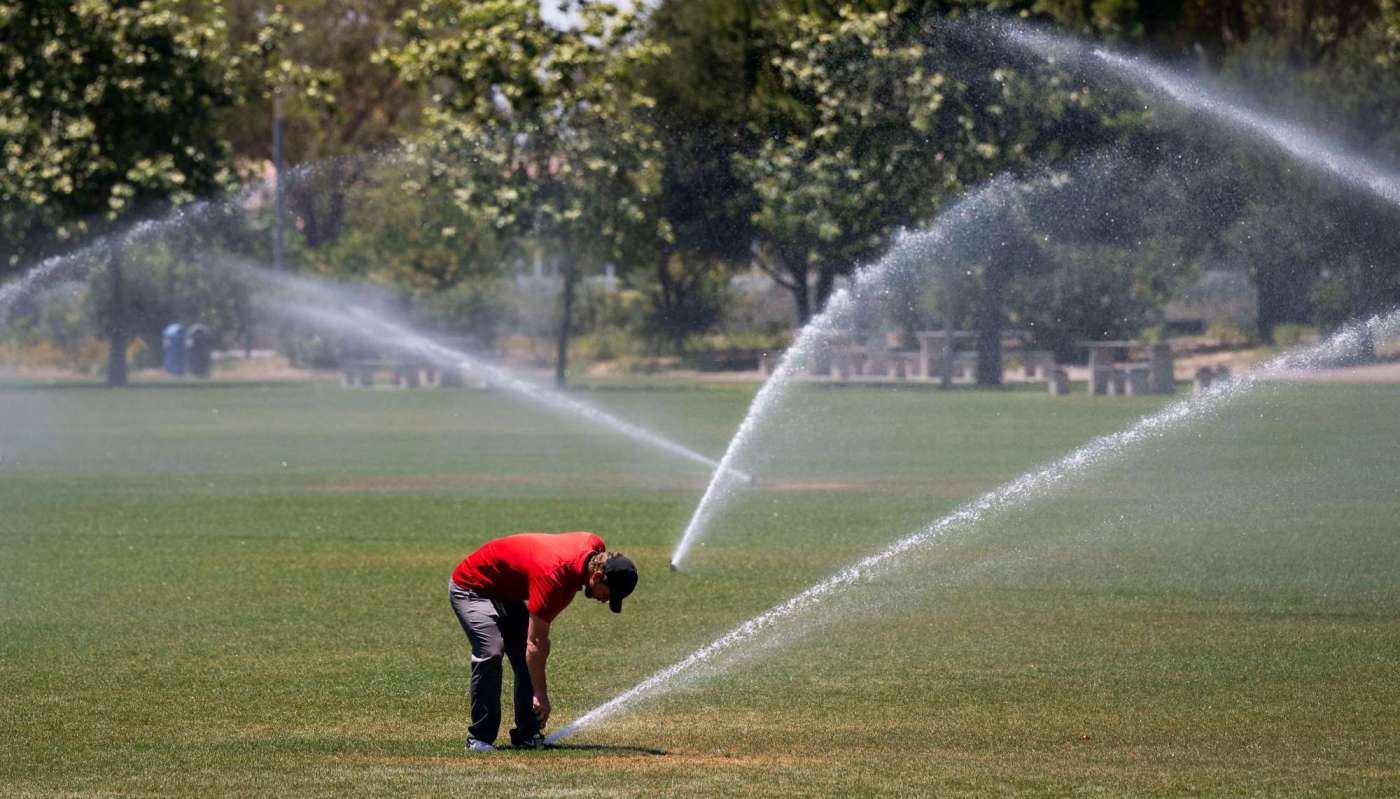 Residents and businesses in some Southern California cities could be forced to let their lawns go brown in September, as emergency pipeline repairs cut off water supplies from the vital Colorado River for two weeks.

With a record-setting drought limiting other options, Burbank sent notice Tuesday that no sprinklers or other automated irrigation will be allowed at homes or businesses from Sept. 6-20. The city is encouraging residents to put buckets in their showers and mulch in their flower beds to help keep plants alive during the ban.

But water officials say Burbank won’t be the only community to see water supplies tighten next month, and it might not be the only one to ask customers to cut back in such a dramatic fashion.

Other communities in the greater Los Angeles area and other pockets of Southern California could face similarly tough restrictions during the upcoming two-week window, said Rebecca Kimitch, spokesperson for the Metropolitan Water District of Southern California, also known as Met, which controls water imports for the region. Kimitch said her agency is still working with water retailers to see what alternatives might be available to meet water needs during the shutdown.

Major portions of Orange and San Bernardino counties, for example, have ample groundwater supplies that make them less reliant on imported water. And a spokesperson for Western Municipal Water District in Riverside County said Tuesday night they don’t expect to be affected by the shutdown.

The result will likely be a hodgepodge of restrictions that varies from one city to the next — and a clear illustration of just how precarious much of Southern California’s water situation is in times of drought.

Most Southern California residents get some or all of their water imported from some combination of two sources: the State Water Project, which brings water from Northern California, and the Colorado River. Water levels in both of those sources are at record lows due to the ongoing drought. So Met earlier this year announced strict cuts to State Water Project supplies.

Burbank has opted to use only Colorado River water so far this year, to alleviate pressure on the State Water Project. But that won’t be possible during the September shutdown. So the city said in a statement that the two-week ban on automated watering outdoors is necessary to limit the amount of water the city will have to use from the State Water Project during that time.

“There are many communities that can only get water from the State Water Project,” Jeannine Edwards, an assistant general manager with Burbank Water and Power, said in a prepared statement.

“During this time, we are exclusively dependent on this source, and we all have to do our part to help sustain water supplies. We are fortunate that this is just a two-week issue, and we will be able to return to watering after the upper feeder is …read more