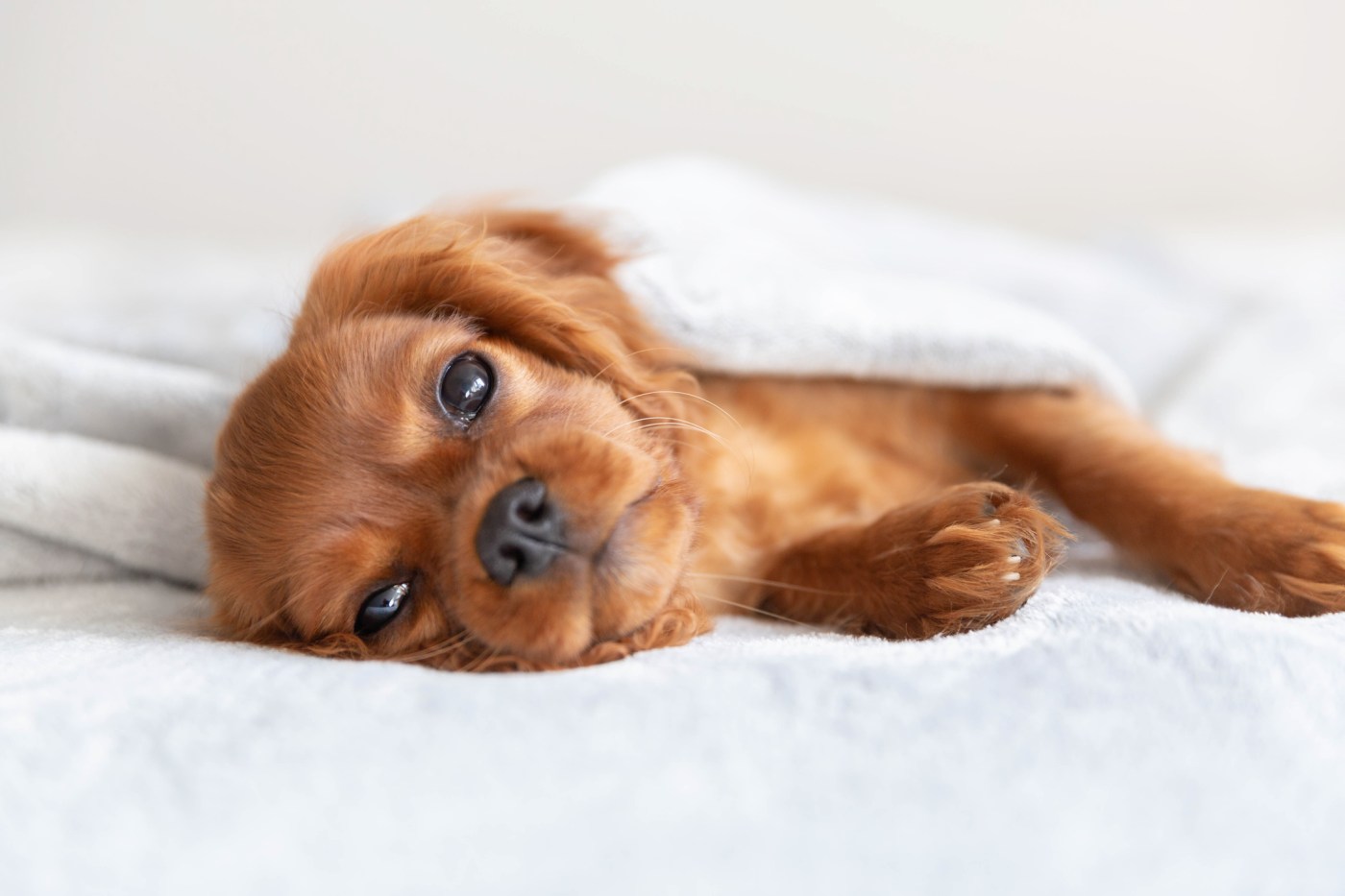 DEAR JOAN: My adult daughter is struggling with sleep deprivation because her new 4-month-old puppy won’t let her sleep through the night. Any tips?

She and her husband got a puppy Monday from a West County rescue group where the pup was used to sleeping in crate with rest of the litter. The pup wouldn’t sleep in its crate at its new home in Pleasant Hill and barked and whined at night. So my daughter brought the puppy to her bed where he snuggled and bumped against her head all night.

DEAR DENIS: Ah, the new puppy snoozing blues. It afflicts almost every dog parent, whether the dog is a puppy or an adult. The good news is, all dogs learn to sleep by themselves or to share the bed with their humans.

I’m, of course, joking about that last part. For the past 10 years that I’ve had my Chihuahua, I’ve been relegated to sleeping on the edge of the mattress because he sprawls in the middle, but that’s my bad.

There is debate on whether you should allow your pet to sleep with you. Despite his bed-hogging, I like having my dog beside me. Many people don’t, and that’s fine, too. But ignore the chatter that says it disrupts the alpha relationship and puts the human below the dog in ranking. It doesn’t. Your daughter and her husband just need to decide what they want, then stick to it. Whatever choice, know that it will be painful for at least a few nights.

Gabby Petitio and her boyfriend would fight and break up a lot, Brian Laundrie’s sister says

For more wildlife, garden and backyard topics, sign up for our new, free Flora+Fauna newsletter.

The first step is to get the pup used to going in and out of the crate. That might not be a problem, but if it is, the couple should spend some time playing with him inside it, offering treats and maybe even feeding him there.

The crate shouldn’t be overly large at this stage. He needs to be able to stand and turn around in it, but crates that are too big will increase the sense of loneliness he’s feeling without his crate-mates.

They also should put the crate in the bedroom for the first few nights so that he will be able to see that his humans are nearby. It will also help them know when the dog needs a late-night potty break. Puppy bladders are too small to go an entire night without a pit stop.

Make the crate comfy with soft bedding and some favorite toys. Coax him inside at bedtime and close the door. Then, let the whining begin.

This is where the couple needs to harden their hearts. They can’t respond to the whimpering and whining, or the dog will quickly learn that it’s a good way to get attention. They have to let him cry without offering words of comfort or scolding, no matter how much their patience is tested.

Miss Manners: We told her we don’t need charity. She gave us a big check anyway.