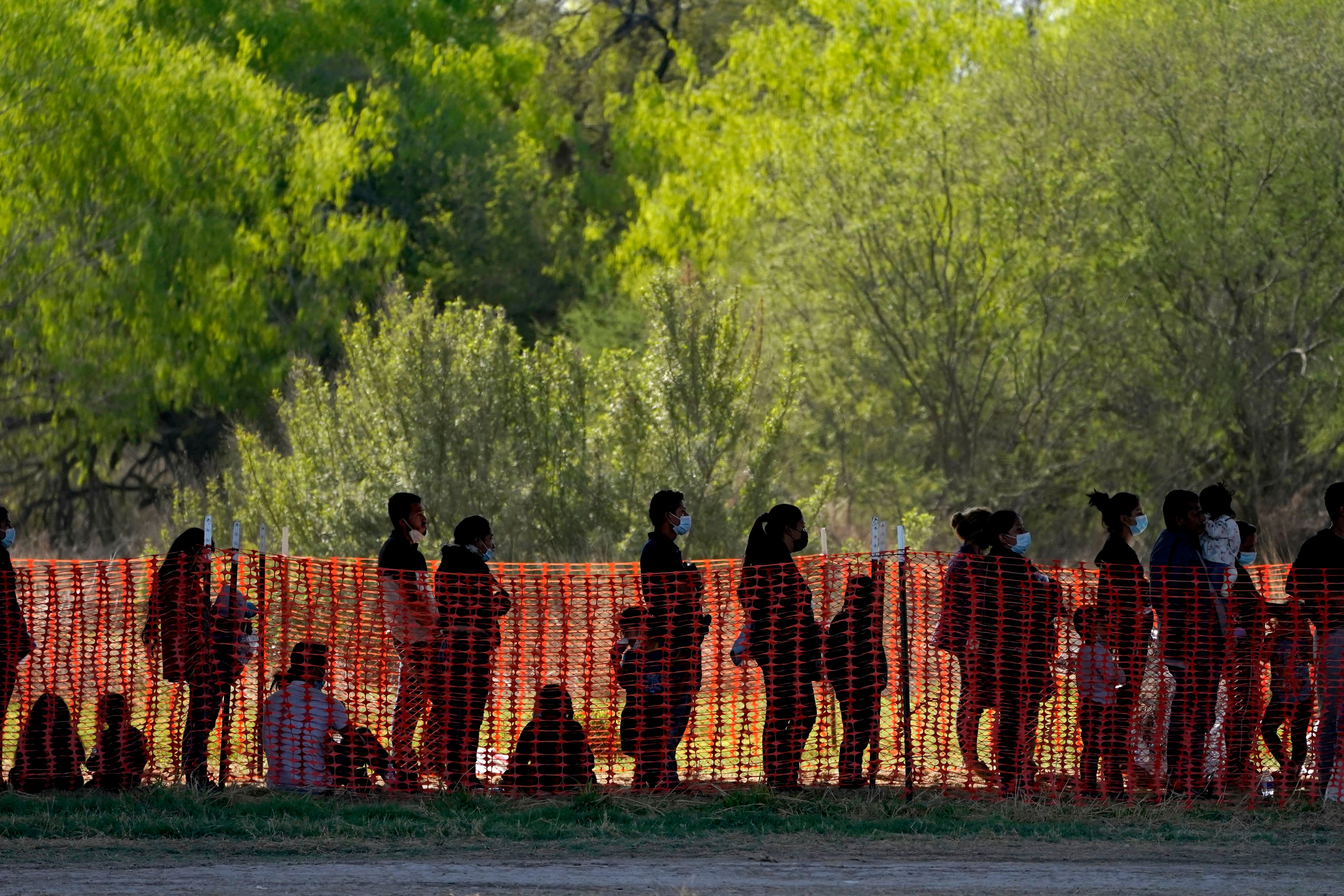 Paying a smuggler, Edgar Mejia could afford to take only one child with him to the United States. He chose his 3-year-old “warrior” son, leaving his 7- and 12-year-olds with their mother in Honduras.

“Pitifully, I had use him like a passport to get here,” Mejia said last week after picking up milk from volunteers at a Brownsville, Texas, bus station for the last leg of their journey to join relatives in Atlanta. “I am here because of him.”

Mejia, 32, and his son, who paid a smuggler $6,000 for a “new dream” that Honduras couldn’t provide, are among the Border Patrol’s nearly 170,000 encounters with migrants on the U.S.-Mexico border in March, a 20-year high. The total, announced Thursday, includes nearly 19,000 children traveling alone, the highest monthly number on record.

About four in 10 border encounters last month were with families and unaccompanied children — many from Guatemala, Honduras and El Salvador — at a time when policies in the U.S. and Mexico favor them staying in the United States while they seek asylum. It marks the third sharp jump in Central American asylum-seekers in seven years.

For decades, predominantly Mexican men crossed the border illegally, with many returning for visits until heightened border security made going back and forth more difficult. Migration rose and fell but was fairly steady and predictable.

Over the last decade, a complex mix of factors has produced periodic, dramatic spikes, especially among families and children, who get more legal protections and require more care. The Government Accountability Office identified 10 potential causes for a spike in the number of unaccompanied children at the border in 2014, including poverty, violence and perceptions of U.S. immigration policy.

A large increase in family arrivals in 2019 followed an end to the Trump administration’s practice of generally separating parents from their children at the border. The latest jump follows ferocious storms in Central America and President Joe Biden ending his predecessor’s hardline immigration policies, though many changes attributed to Biden are rumors or have been fabricated by smugglers to generate business.

The “root causes” prompting Central Americans to leave haven’t changed, said Sister Norma Pimentel, executive director of Catholic Charities of the Rio Grande Valley in Texas, whose temporary shelter has been hosting 400 to 500 people nightly, compared with a peak of about 1,000 in 2019.

“I think that it’s simply that the traffickers use whatever is happening in the United States to extort the families, to lure them, to create a narrative that says, ‘Come right now. The president is going to let you in,’” she said.

Migrants, in dozens of interviews over the last two weeks, generally said circumstances in Central America led them to the U.S. When asked about Biden, nearly all said his relatively pro-immigration positions influenced their thinking.

Smuggling fees vary widely, with some paying up to $10,000 a person in the Rio Grande Valley, the busiest corridor for illegal crossings. There is often a discount for additional relatives. The trip can take weeks in …read more