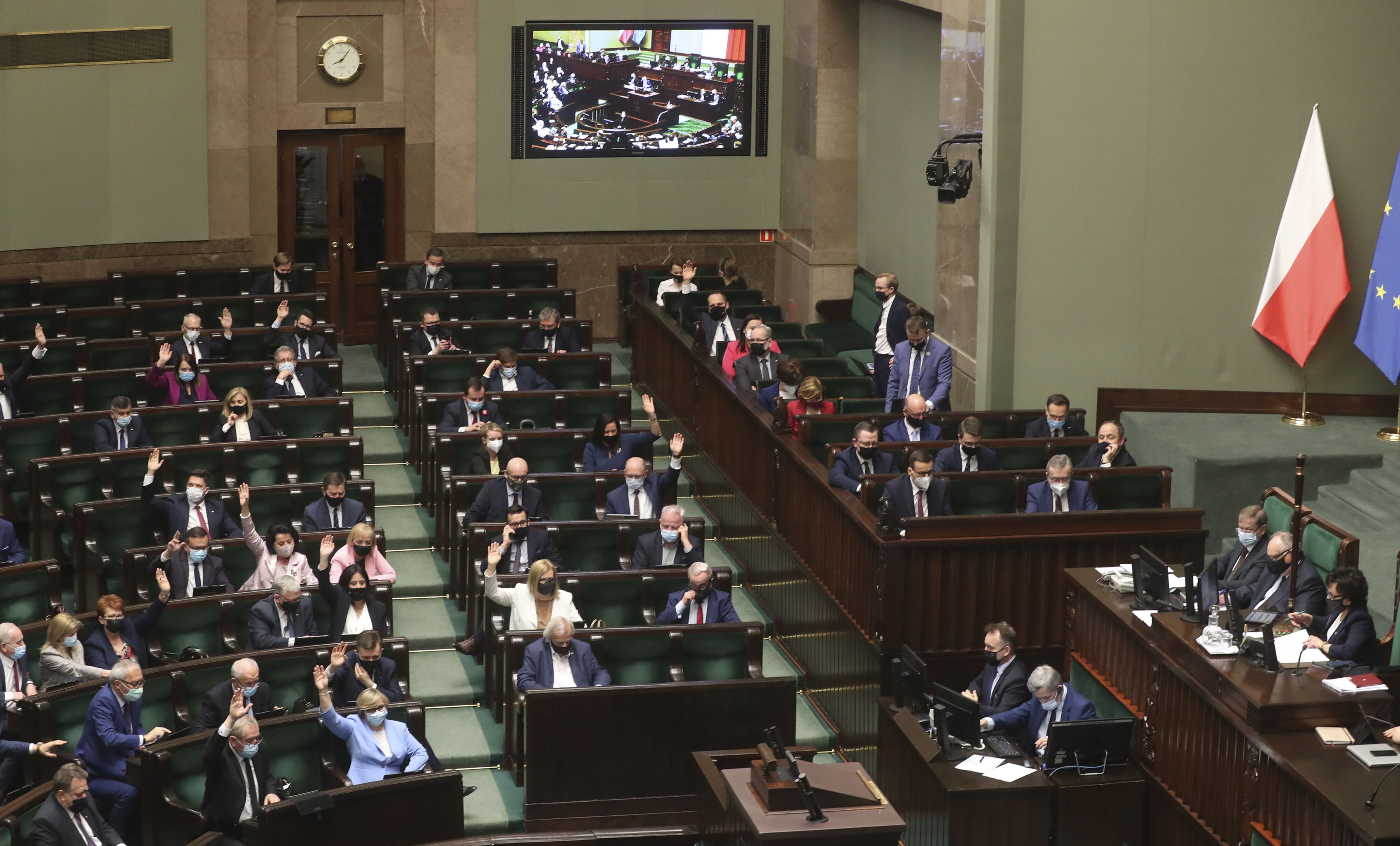 Polish lawmakers voted Tuesday to approve the nation’s spending plan for the 58 billion euros ($70 billion) it expects to receive from the European Union’s pandemic recovery plan.

At a special parliament session, the vote was 290-33 in favor with 133 abstentions.

The National Reconstruction Plan, which has already been sent to the EU Commission, was approved thanks to support from the The Left opposition party and and the centrist Poland 2050 group.

A small party within the governing right-wing coalition, led by Justice Minister Zbigniew Ziobro, was against the government plan because the funds are linked to the member nations’ rule of law, Poland’s sticking point with the EU.

Ahead of the vote, Prime Minister Mateusz Morawiecki called the recovery plan a “second Marshall Plan” and said a vote in favor was a vote for Poland’s development and a strong position in the 27-nation EU.

“This decision is one of the most important for the coming 10-20 years,” Morawiecki said.

He said the funds will mainly go to infrastructure like new roads and energy systems but also to upgrading hospitals and schools. In pledging its votes, the left-wing opposition insisted on funds for local government and cheap housing.

Lawmakers who criticized the plan argued it was not consulted with local governments, which they said should be the funds’ main recipients, and demanded a mechanism controlling the spending.

Every EU member needs to present an approved national spending plan before the recovery funds can be made available.

The EU’s 750 billion-euro (over $900 billion) coronavirus recovery fund is meant to give EU nations a strong boost as they recover from the pandemic’s economic devastation.

Golden Globes 2021: The Complete List of Nominees | Entertainment Weekly
Man charged with shooting at woman, toddler in Uptown in 2019