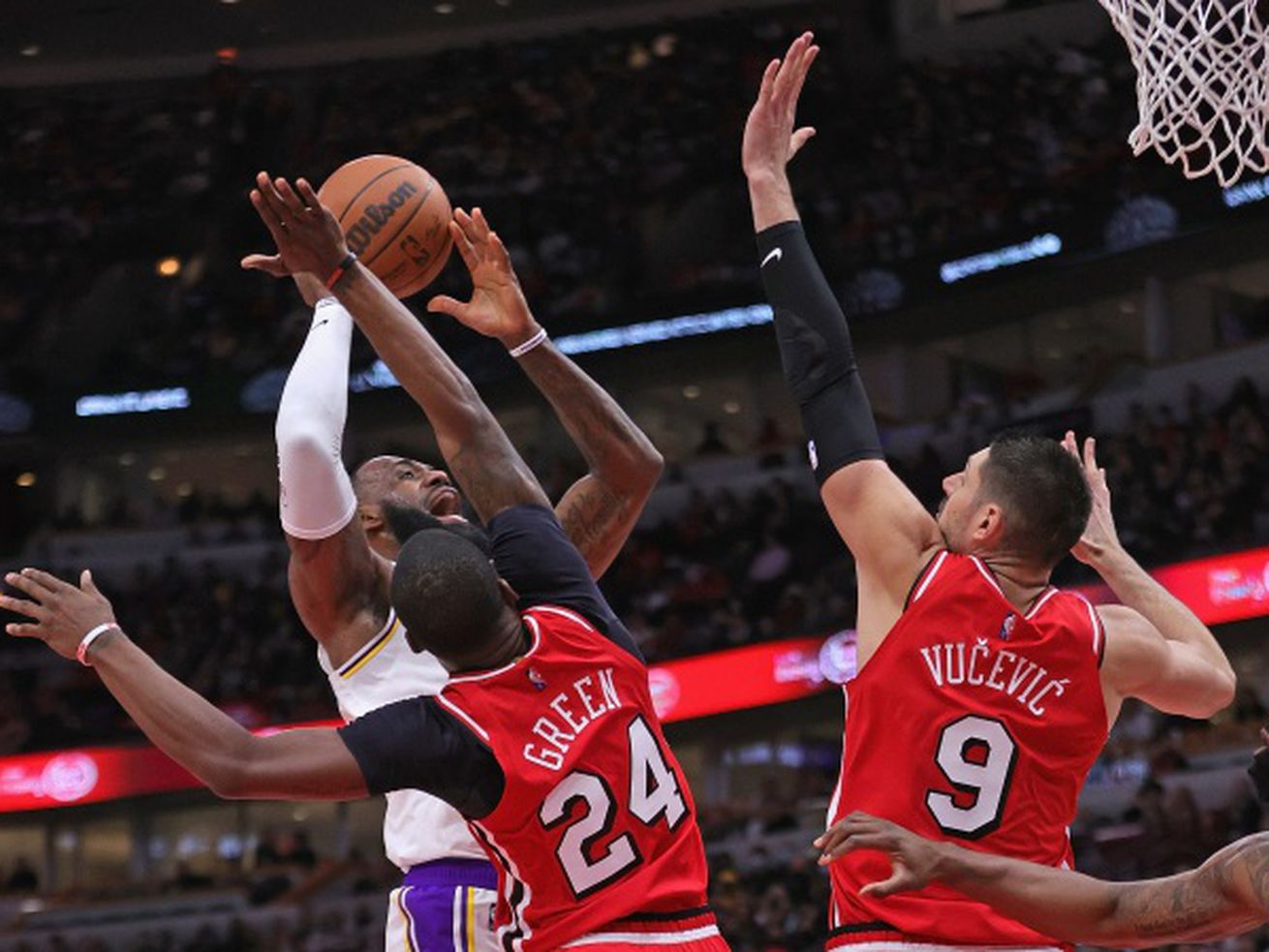 Coach Billy Donovan didn’t think playing undersized personnel at that spot has led to all the injuries at the four, but he knows that they do lack some depth there currently. His hope is help will be on the way sooner than later, starting with Alex Caruso on the mend.

It would be an easy conclusion to draw.

Just not an accurate one as far as Bulls coach Billy Donovan was concerned.

Since Patrick Williams went down just five games into the regular season and had to undergo surgery on his wrist, the power forward spot has been musical chairs, with one chair breaking after another.

Alex Caruso saw some time there, and has been sidelined with a hamstring, a foot sprain and now in the health and safety protocol. Javonte Green got the most playing time there with the starters, and he’s been on the shelf with a bad groin.

And now Derrick Jones Jr. was the latest to start at the four, only to suffer a bone bruise in his knee on Wednesday, expected to miss two weeks to a month.

So has going undersized at that position led to these smaller players break down trying to guard bigger, stronger fours?

“I don’t think it has anything to do with that,’’ Donovan said. “Alex planted wrong and sprained his foot, Derrick was going to the basket on a drive 35 seconds into the game and kind of had his knee. Javonte, the way his leg swung out … I don’t think they’re getting ‘beaten up’ so to speak by bigger guys than them. I don’t think that’s the reason why these guys have suffered injuries.’’

Donovan and his staff better hope it’s coincidence because they went undersized at that spot again on Friday, starting Troy Brown Jr. The versatile Brown was listed at 6-foot-6, but has shown an ability to play physical in that spot this season.

They do have Alfonzo McKinnie off the bench, but there’s no questioning the lack of depth at that spot.

What can the Bulls do about it with the roster as is? Very little besides get healthy.

Caruso is likely the first piece coming back, as Donovan announced before the game with the Warriors that the guard would stay back in Chicago for the upcoming two-city trip, but could start working on his conditioning and best-case scenario be ready for the Cavaliers game mid-week.

“He’s still in protocols, so I mean I mentioned before, the biggest issue is he seems to be doing OK, he’s had some mild symptoms, but if you go back to Dec. 4, when he tweaked his hamstring, and then that foot sprain, kind of got cleared to come back, tested positive that day, so he’s been in and out for a long period of time,’’ Donovan said. “I don’t think it’s going to be some long prolonged thing for weeks, but clearly with this back-to-back he won’t be available.’’

Williams on the mend?