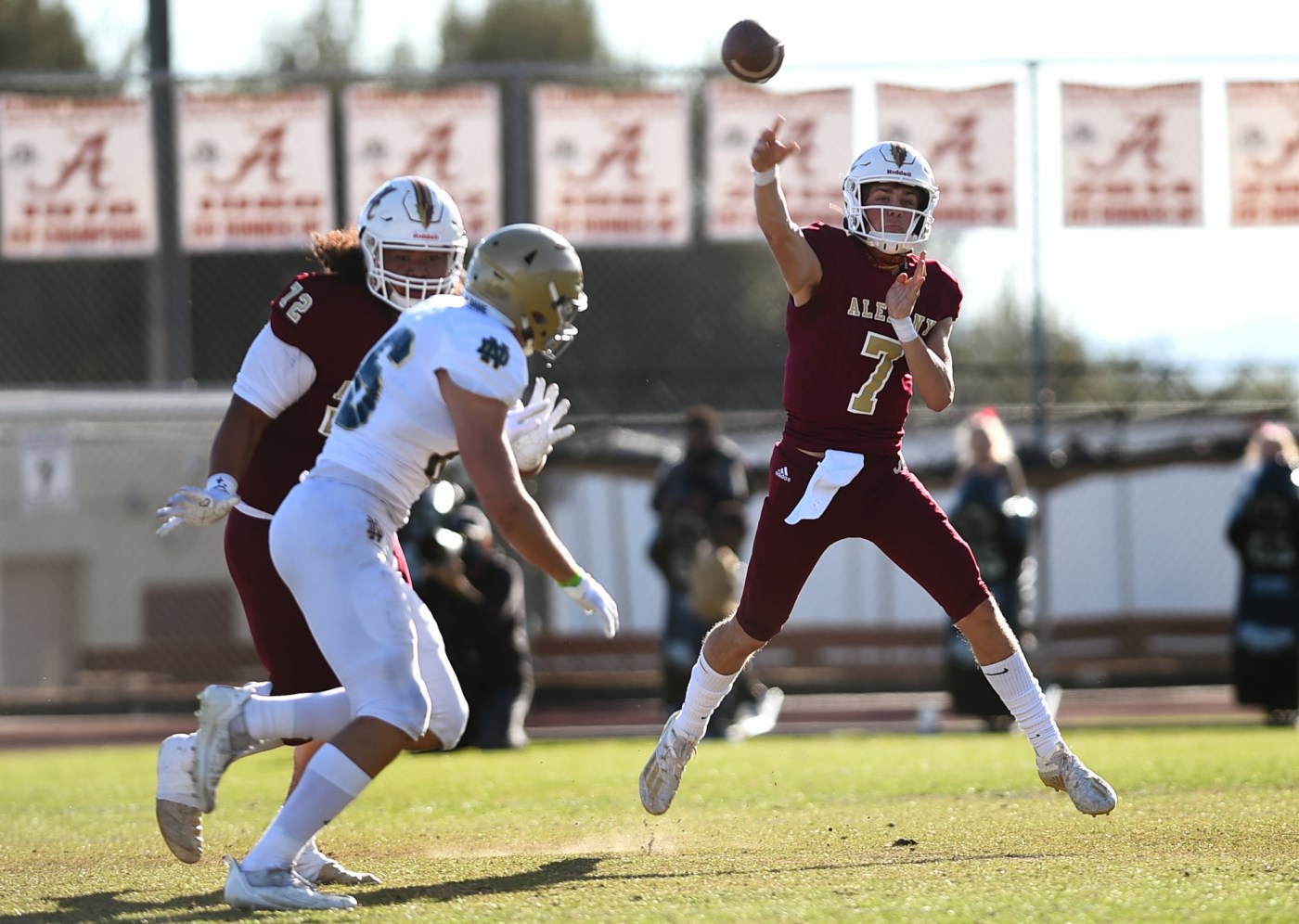 GAME OF THE WEEK

There’s nothing like a top 5 Mission League matchup on a Saturday night. Alemany will travel to West Hills to take on surging Chaminade, winners of two straight, and reigning Daily News boys Athlete of the Week Jaylen Henderson in a game that will be televised on Bally Sports Networks, a rebrand of the Fox Sports Regional Networks.

Chaminade quarterback Jaylen Henderson has thrown for 805 yards and six touchdowns in three games with just one interception. Henderson has a multitude of weapons, including Paul Holyfield Jr., Noah Elliott and Tyler Garcia – all with over 175 yards rushing this season. Wideouts Ian Duarte and Josh Mailander lead the Eagles in receiving yards at 303 and 243, respectively, this season.

As great as Chaminade sounds its past two games, if Alemany doesn’t show complacency, it can win in a boat race. The Warriors simply have too many weapons with Dylan Gebbia (QB), Floyd Chalk (RB), Kevin Green (WR), and brothers JD Sumlin (RB) and freshman Jaylen’dai Sumlin (WR) – and that’s just on offense.

Defensively, defensive back RJ Jones is emerging as one of the state’s best at his position for the 2023 class. Niuafe Tuihalamaka (LB), Ephesians Prysock (CB) and Damonic Williams (DT) are highly-touted juniors.

If Alemany and Serra Gardena both win this weekend, it will set up a winner-takes-all Mission League championship next weekend. Serra travels to Bishop Amat Friday night.

The Wolverines will get two treats Friday night: playing in the Rose Bowl, and a chance to put themselves in the driver’s seat for a Del Rey League title. If Harvard-Westlake wins Friday night, it will control its own destiny with winless Mary Star of the Sea left on its schedule.

It's finally spring — and time to eat outdoors: Remember what that was like?

City Section football is back, baby! Taft and Chatsworth will play in a West Valley League opener that will see two first-time head coaches in their debuts Friday night. Chatsworth coach Marvin Street takes over after being a JV coach for three seasons. Aaron Gideon of Taft coached locally for decades at programs like Notre Dame and Chaminade, but is now rebuilding a Toreador program that hasn’t won a football game since October 2017, which ironically was a 35-0 win over Chatsworth.

A Saturday night Marmonte League showdown that will put the winner in first place heading into the final week of the season. The last two years, this game was loaded with talent on both side, but the game lost some luster after Oaks Christian showed it’s mortality in a 42-0 loss to Sierra Canyon two …read more

Golden Globes 2021: The Complete List of Nominees | Entertainment Weekly
Dear Abby; After leaving me, wife brings boyfriend to hang out with our friends

Kings need to flip the switch on their power play

Fans and peers everywhere are paying homage to DMX, who died at 50 years old