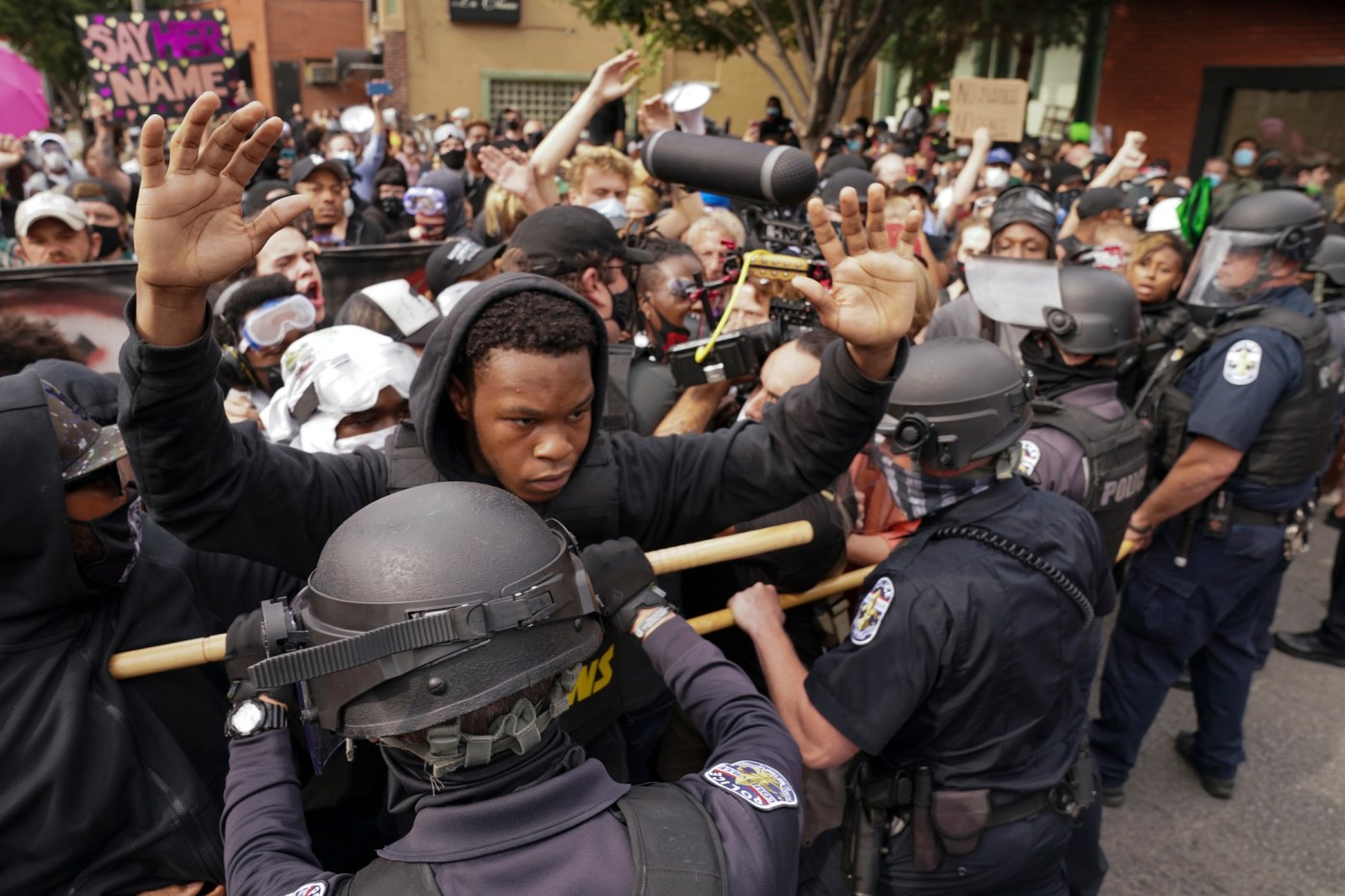 Since 1871 the Civil Rights Act has held state and local officials—including police officers—legally liable for damages if their actions violate a citizen’s Constitutional rights.

That’s until the Supreme Court punched a huge hole in the law, making it now nearly impossible to hold police officers accountable — even for acts that clearly violate the rights of citizens.  Such actions multiplied massively under the war on drugs.

As part of that “war,” state and local police departments, in the 1970s, ramped-up their acquisition of military equipment and adoption of military-style tactics, including the use of Special Weapons and Tactics Teams (SWAT) and no-knock drug raids.

The timing is curious.  Just as police departments began  gearing up their war-like tactics, the Supreme Court created a legal defense—known as qualified immunity—in time to protect police officers engaging in such tactics.

By the mid-1990s, according to criminologist Peter Kraska, nearly 90% of U.S. cities with a population over 50,000 had a SWAT team—almost double of what existed in the mid-1980s.

And these SWAT teams were not idle.  Kraska counted about 3,000 SWAT deployments in the United States in the early 1980s.  By the mid-1990s that number skyrocketed to 30,000, most of them engaged in the drug war.

Here is how the qualified immunity loophole works.

In 1967 and 1974 the Supreme Court expanded law enforcement’s use of the “good-faith” defense.  Police officers accused of civil rights abuse can avoid liability if they believed they were acting sincerely and correctly, even if their actions violate a person’s civil rights.

Then, in 1982, the Court added the ultimate protection, the “clearly established law” defense.  Police officers are liable only if their actions are nearly identical to the facts in a previous settled case in which a court found that a civil rights violation had occurred.

Bulls Zach LaVine absolutely went off on the Hawks with 25 straight points, 39 total in first half

Since the facts surrounding rights violation cases are for practical purposes unique—each case involves factual differences—it is practically impossible for a plaintiff to convince a court that the violation of his or her rights was clearly established in a prior court case.

And the more outlandish a rights violation, the less likely a prior case will have dealt with similar facts and thereby satisfy the clearly-established-law standard.

An example.  In 2019, in Corbitt v. Vickers, a deputy sheriff was accused of using excessive force.   After taking a suspect into custody at a residential location, a non-threatening family dog appeared.  The deputy intentionally fired at, but missed, the dog and instead unintentionally shot a ten-year old family member in the leg.  A U.S. Court of Appeals held that the sheriff was entitled to qualified immunity and therefore could not be sued, because no prior case law involved  the “unique facts of this case.”

In a recent CATO Institute report titled, Qualified Immunity: A Legal, Practical and Moral Failure, Jay R. Schweikert concludes that, “Qualified immunity is one of the most obviously unjustified legal doctrines in our nation’s history.”