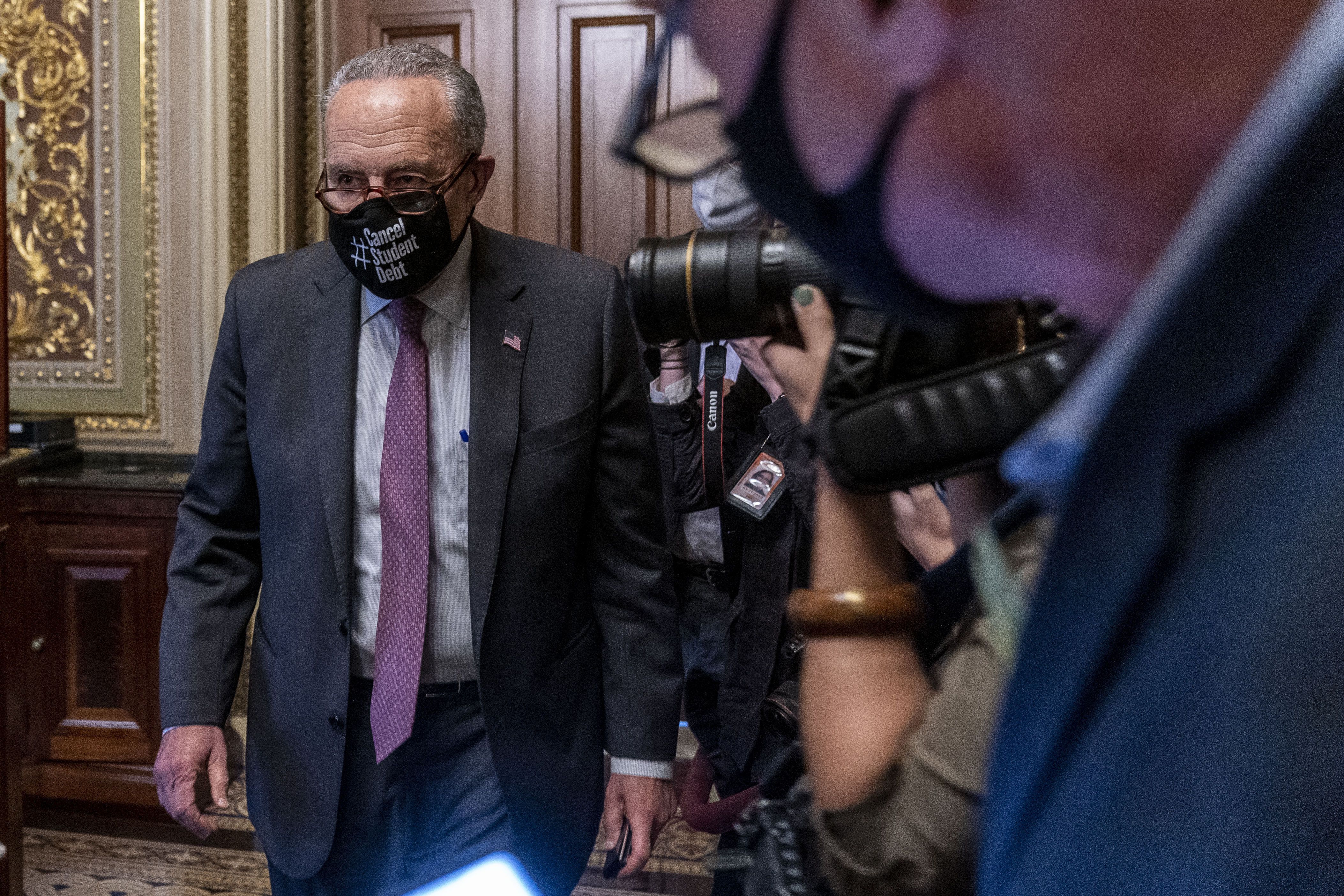 Senate Majority Leader Chuck Schumer warned fellow Democrats on Thursday they “must put aside our differences” as the party struggles to coalesce around President Joe Biden’s huge but now-scaled-back package of social services and climate change strategies.

Schumer’s letter to colleagues comes as progressive leaders in Congress are steering them away from what the progressives call a “false choice” over what to keep or cut as Democrats labor to trim what had been a $3.5 trillion proposal to about $2 trillion.

“As with any bill of such historic proportions, not every member will get everything he or she wants,” Schumer wrote.

The New York Democrat implored his colleagues to “find the common ground.”

With the calendar slipping toward a new deadline, the Democrats who control Congress are facing mounting pressure to reach a deal or risk the collapse of Biden’s signature domestic policy undertaking.

The debate that has been raging behind the scenes is now spilling into public as Biden and his allies in Congress hit another impasse, working to chisel the legislation to a still sizable sum — all to be paid for with taxes on corporations and the wealthy.

House Speaker Nancy Pelosi has warned that “difficult decisions” must be made to reach consensus ahead of a self-imposed Oct. 31 deadline for passage.

Progressive leaders in their own letter to Pelosi, Biden and Schumer, argued the package should not simply be narrowed as centrist lawmakers prefer, but instead kept as Biden’s bigger vision but for fewer than 10 years — “shorter, transformative investments” that could be started quickly and then revisited.

“Much has been made in recent weeks about the compromises necessary to enact this transformative agenda,” wrote Rep. Pramila Jayapal, D-Wash., and other leaders of the 96-member progressive caucus in their Wednesday letter.

“We have been told that we can either adequately fund a small number of investments or legislate broadly, but only make a shallow, short-term impact. We would argue that this is a false choice.”

Republicans are dead set against the package. So Biden and his party are left to deliberate among themselves, with all eyes still on two key holdouts, Joe Manchin of West Virginia and Kyrsten Sinema of Arizona, whose votes are crucial in the evenly divided Senate.

But that is leading to tough questions: Should Biden keep the sweep of his proposals — free childcare and community college; dental, vision and hearing aid benefits for seniors — or scale back to a few key health and education programs that could be more permanent?

The progressives have held great sway so far in the debate, but unless Manchin and Sinema come on board, there is no clear path to a deal, risking its collapse.

In their letter Wednesday, the progressives said their constituents are depending on them to deliver on the far-ranging package of health care, childcare, family leave, education and other investments, including those to fight climate change.

The idea, the progressives said, is start the programs “as quickly as possible,” but for shorter durations, with lawmakers free to campaign in the future …read more

Golden Globes 2021: The Complete List of Nominees | Entertainment Weekly
Boston's Kiké Hernández is the hottest hitter in the country

House returns to stave off default with debt limit vote

St. Francis rallies in second half to give St. Paul first loss