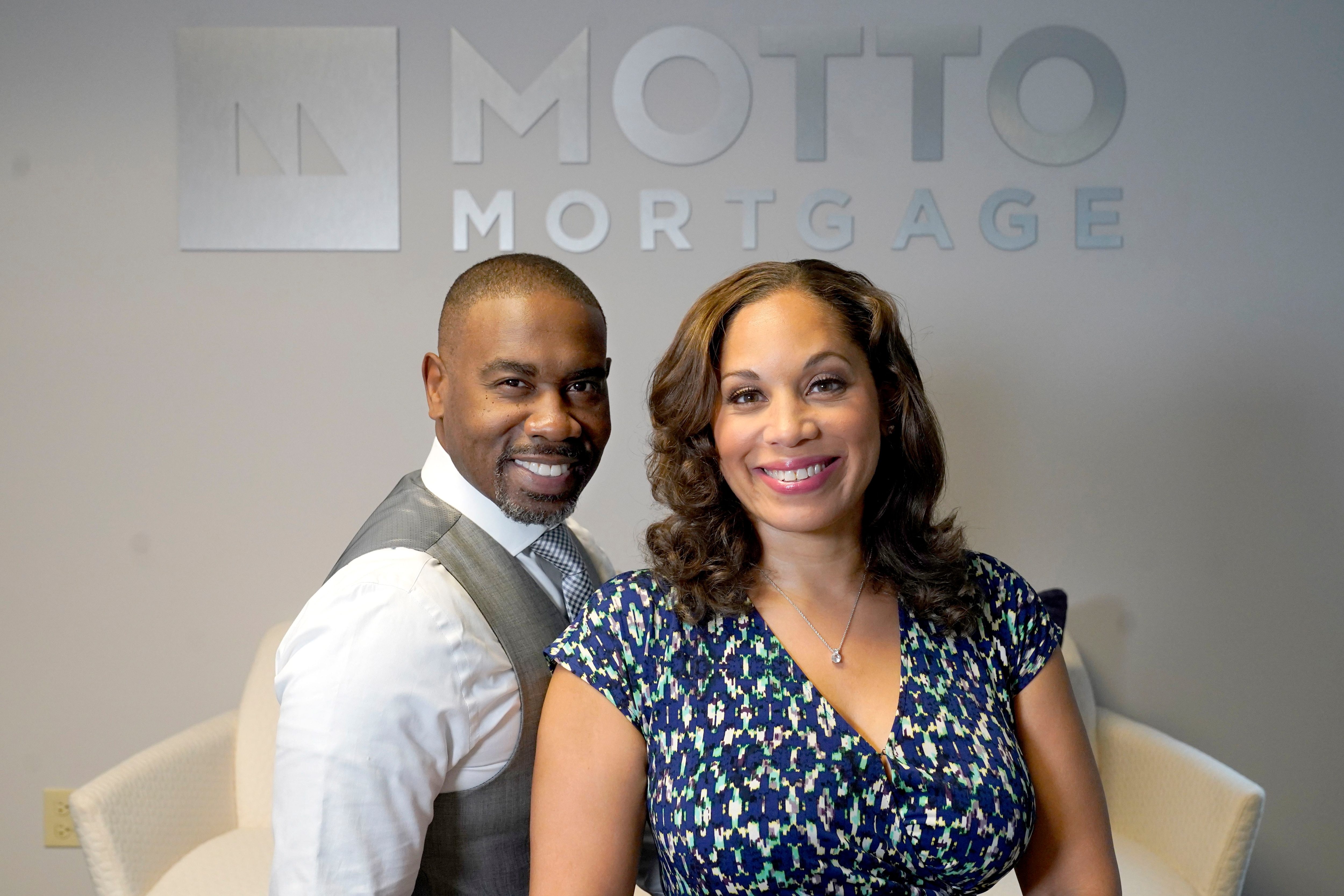 In 2020, Kelly Jackson and Davina Arceneaux wanted to leave their company jobs and become business owners. They were looking for something both COVID-proof and recession-resistant.

Instead of completely stepping out from under a corporate umbrella, they looked at franchising. The two worried about the notoriously tight margins for restaurants. They looked at a drug testing franchise, but the initial investment was too steep.

A franchising mentor told them about Motto Mortgage Home Services, and Jackson and Arceneaux opened one in Oakbrook Terrace, Illinois, in July of 2020 with an initial investment of $35,000.

“People always need new places to live and are always buying and selling houses,” Jackson said. He takes rising interest rates in stride. “Interest rates move up and down, that’s what they do, that’s part of the industry.”

Jackson and Arceneaux, who had been a senior IT program and project manager and an assistant director of catering, respectively, had no experience with mortgages, but Motto Mortgage provided training and support.

“You don’t necessarily need experience in that industry in order to go into that category, the brand will train you,” said Matt Haller, president and CEO of the International Franchise Association.

In the months after the pandemic hit, many people with corporate jobs decided to strike out on their own, in what’s referred to as the “Great Resignation.” They looked for alternatives, including opening up a franchise with an established brand.

Dear Abby: I have to do things Dad’s way or he’ll tell lies about me

The “quasi-preneurs” opening franchises say they like the ability to buy into a proven brand name and the access to tools and operations that you wouldn’t get if you started your own small business. But franchising has plenty of challenges, too. There are a lot of rules and regulations to abide by. Contracts are lengthy and can be difficult to terminate.

The number of U.S. franchises grew an estimated 3% in 2021 to 774,965 after a dip in 2020, according to IFA. Those include big franchises like McDonald’s or 7-Eleven, but all types of businesses can be franchised, from pool cleaners to barbershops.

There are about 3,000 franchisor brands in the U.S. The IFA predicts franchises in the U.S. will grow 2% to 792,014 this year. That’s still just a fraction of the 32.5 million total small businesses in the U.S.

Franchise owners buy in with an initial fee – anywhere from tens of thousands to hundreds of thousands of dollars — to get their business, and then pay a monthly royalty percentage. In return, they get use of the brand name and marketing, and other support.

As a classically trained pastry chef, Helen Kim often dreamed of owning her own bakery. But when she decided to strike out on her own, Kim thought building a business from scratch would be “too big of a mountain for me to climb.”

While working at the Aria Resort & Casino in Las Vegas, Kim was a frequent customer at Paris Baguette. She was impressed, and last year bought a Paris Baguette franchise in the city with her sister.

While the financial requirements are strict — …read more