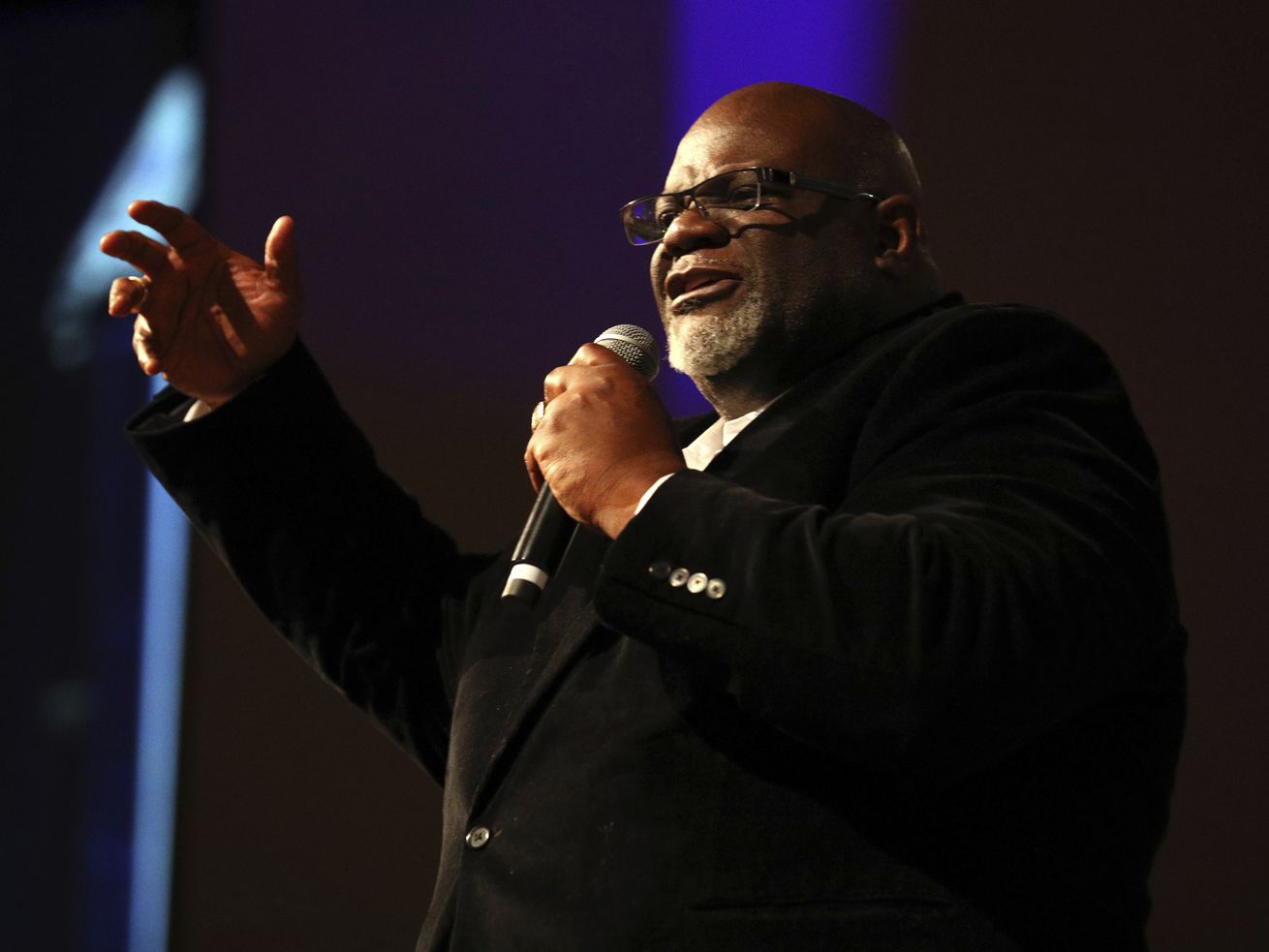 Dwight McKissic, pastor of Cornerstone Baptist Church, speaks during services in Arlington, Texas, on Sunday, June 6, 2021. One of the Southern Baptist Convention’s most prominent Black pastors, McKissic said his church will quit the SBC if either of two leading conservative candidates wins the presidency: Albert Mohler, president of the Southern Baptist Theological Seminary, or Mike Stone, a pastor from Blackshear, Georgia, whose core supporters view Mohler as insufficiently conservative. | AP

It could be a watershed moment for America’s largest Protestant denomination.

NASHVILLE, Tenn. — Race-related tensions within the Southern Baptist Convention are high heading into a national meeting next week. The election of a new SBC president and debate over the concept of systemic racism may prove pivotal for some Black pastors as they decide whether to stay in the denomination or leave.

It could be a watershed moment for America’s largest Protestant denomination. The SBC was founded before the Civil War as a defender of slavery, and only in 1995 did it formally apologize for that legacy — yet since 2000 its Black membership has been increasing while white membership declines.

Over the past year, however, several Black pastors have exited the SBC in frustration over what they see as racial insensitivity within its overwhelmingly white leadership.

Depending on the outcome at the meeting in Nashville, the exodus could swell — or subside. Many Black pastors are comfortable with the SBC’s conservative theology and grateful for financial support, but do not want it to wade into conservative national politics or distance itself from the quest for racial justice.

The Rev. Nate Bishop of Forest Baptist Church near Louisville, Kentucky, said some members of his Black congregation want to leave the SBC while others want to stay, and he intends to assess the “tenor and tone” of deliberations in Nashville to guide his decisions.

“There’s a bigger question going on — will there even be an SBC in the next five, 10, 15 years?” Bishop said. “There’s going to be a move away from this national organization. The only way forward is going to be if we reject the fear-mongering that’s being projected day after day.”

One of the SBC’s most prominent Black pastors, Dwight McKissic of Cornerstone Baptist Church in Arlington, Texas, said his church will quit the SBC if either of two leading conservative candidates wins the presidency: Albert Mohler, president of the Southern Baptist Theological Seminary, or Mike Stone, a pastor from Blackshear, Georgia, whose core supporters view Mohler as insufficiently conservative.

Both “have made statements that Black Baptists would find anathema, regarding racial matters and politics,” McKissic said via email. “I could not proudly call myself a Southern Baptist if either of them wins.”

He also criticized them for supporting tight restrictions on women’s roles in the church, saying he and many other Black pastors favor letting women serve as assistant pastors or in other meaningful roles.

Votes are there to rename Lake Shore Drive for DuSable over mayor’s objections, alderman says

Are we trying to “warp speed” treatments that aren’t ready?