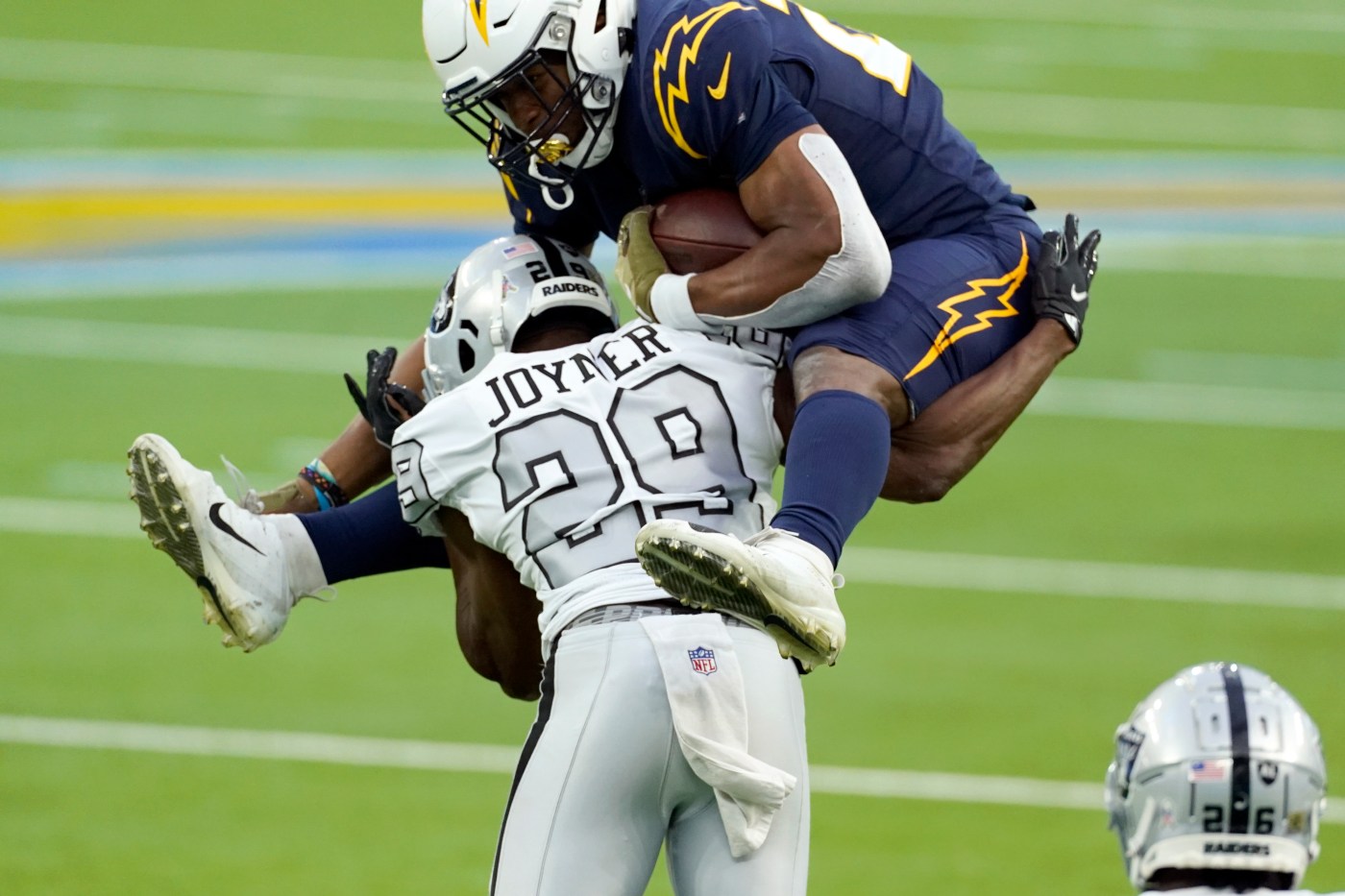 Lamarcus Joyner was back in the fold Friday, with the Raiders awaiting word on a number of other defensive players who were on the COVID-19 list for contract tracing purposes heading in to their AFC West showdown with the Kansas City Chiefs.

“I don’t have any update,” Raiders coach Jon Gruden said. “We’ll wait and see what happens, but we’re just hoping that everybody remains healthy and can get back as soon as possible.”

In terms of injuries, Raiders left tackle Kolton Miller is on track to start after missing the first two games of his career with an ankle injury. Miller was a full participant in practice and was not given a designation. Defensive tackle Maurice Hurst, however, was limited in practice and is still struggling with his own ankle injury and is listed as questionable.

Running back Jalen Richard is also listed as questionable with a chest injury, although the fact that he missed practice all week would make him an unlikely participant Sunday night at Allegiant Stadium.

Ferrell, who reportedly tested positive, is not expected to play, nor is Brown, who is on the list for complications which arose from a positive test on Oct. 21 and an earlier nine-day stay on the COVID-19 list. He is out indefinitely. There have been no reports on Littleton’s status, but being that he’s been on the list for eight days, he likely had a positive test rather than simply being in contact with someone who had the virus.

Inside the Raiders: Old-school Jon Gruden looks to take it straight at Chiefs

Some good news for Raiders: Kolton Miller, Maurice Hurst back at practice

Miller’s return raises a question as to the starter at right tackle. Brandon Parker, who can play on both sides, played well as a starter on the left two sides in Miller’s absence. Sam Young has started five times on the right side but only completed one, going all 50 snaps against Denver. If Parker starts, it would be the seventh different combination of starting offensive linemen this season for …read more

This COVID vaccine is effective, cheaper and can be transported in a normal refrigerator

Joe Biden presidential inauguration will be scaled down amid coronavirus, top aide says