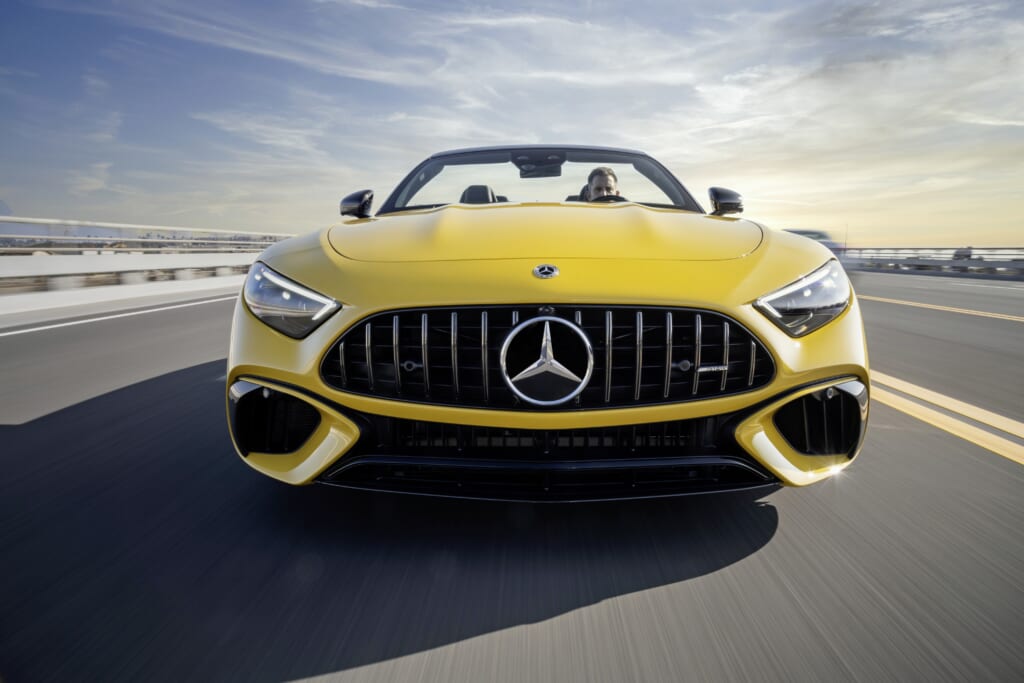 On March 12, 1952 Mercedes-Benz unveiled the brand-new 300 SL, a “thoroughbred racing sports car” whose lettering referred to its “super light” construction, to the international press on a stretch of motorway near Stuttgart, Germany.

Just a few weeks later, Mercedes began entering the groundbreaking car in competition; in its very first year, it won (among others) an incredible one-two victory at the 24 Hours of Le Mans; the first four places in the Nürburgring Grand Jubilee Prize for sports cars; and a double victory at the Carrera Panamericana, the famous 1,900-mile race across Mexico. A new legend was born.

Customers were soon clamoring for a production version of the unbeatable racer, and in 1954 Mercedes debuted its now-iconic 300 SL Coupé, aka the “Gullwing,” as as well as the 190 SL Roadster. In 1999, the Gullwing, which was replaced by the equally-coveted 300 SL Roadster in 1957, was voted “Sports Car of the Century” by a jury of the world’s top motoring journalists, a claim few would dispute.

Now in the SL’s “decades-long development history from full-blooded racing car to open-top luxury sports car,” as the marque puts it, a new milestone is being set. Now under the aegis of Mercedes-AMG, the brand’s famed performance division, for the very first time, the new SL roadster just made its debut in Palm Springs, California.

Combining “the race car genes of the original SL and the sportiness of AMG with the unique luxury and technological excellence that characterize modern Mercedes models,” it’s set to begin a new chapter in the story of a true automotive icon.

In its newest form, the SL returns to its roots with a classic soft top and the sports-forward characteristics we’ve come to expect from any vehicle bearing the AMG badge. At the same time, it now comes in a 2+2 seating configuration and is equipped with all-wheel drive for the first time, making it an eminently-suitable daily driver. Two new SL’s with AMG V8 engines kick off the model’s market launch, the SL 55 and SL 63.

Rob Moran, Mercedes-Benz’s Director of Corporate Communications, declared that California was the perfect setting: “I think it’s really fitting that we’re doing this event in California, because if you look to the original lineage of the SL… it was really the strong demand from our customers in California who wanted something other than the Gullwing, [who] put this car on the map as the first SL Roadster starting in 1957.” California has always been a leading market for SL models as well as AMG-enhanced Mercedes cars …read more

Golden Globes 2021: The Complete List of Nominees | Entertainment Weekly
No vaccine? No cafe, according to new French virus law

Ben Affleck confronts his ‘callow, frat guy’ self during Bennifer 1.0