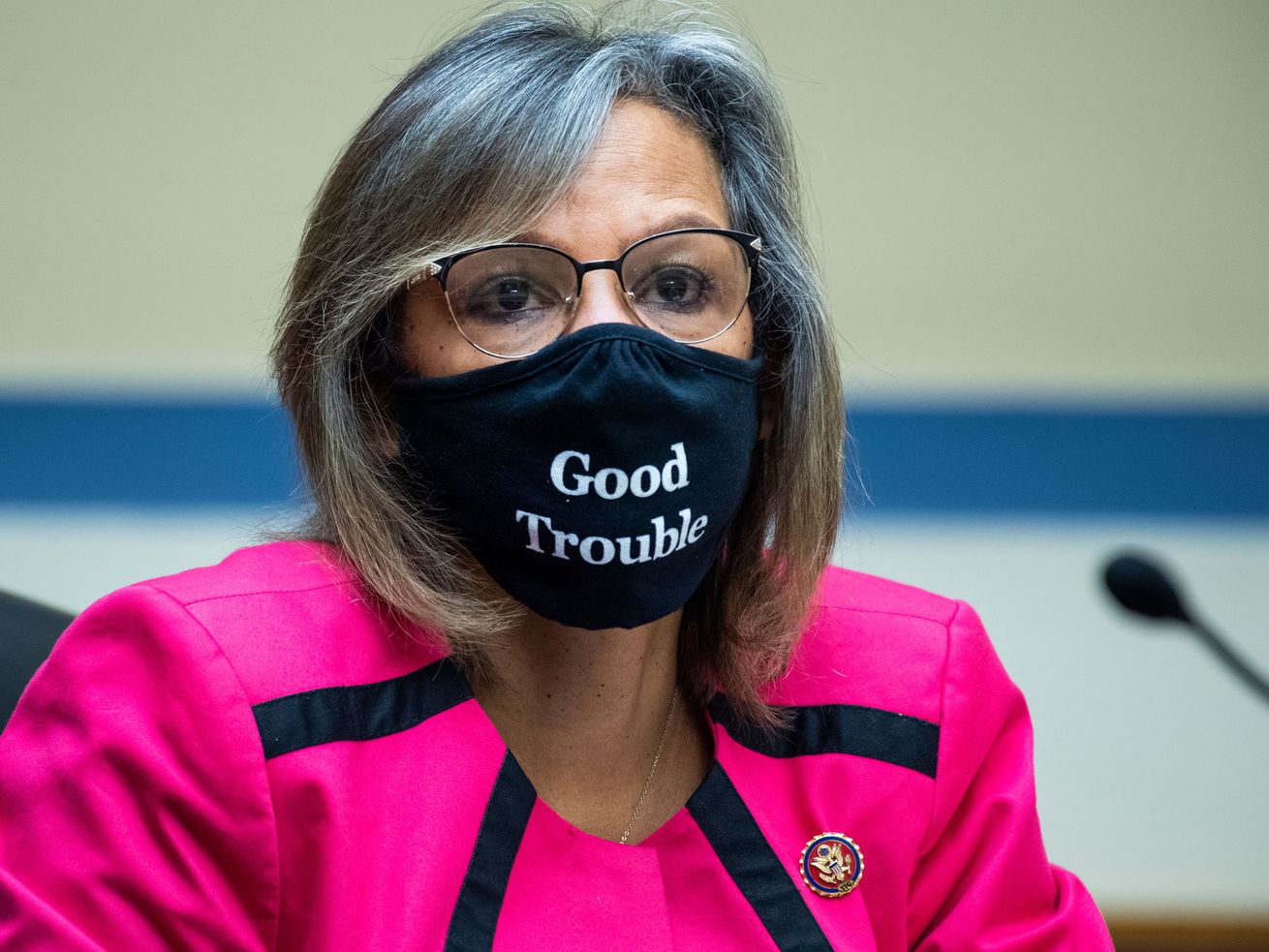 Rep. Robin Kelly, D-Ill., has the edge to be the next Democratic Party of Illinois chairman. | Tom Williams/POOL/AFP via Getty Images

Takeaways on the messy politics surrounding picking a replacement for the scandalized Mike Madigan, party chair since 1998.

WASHINGTON — As of Tuesday night, Rep. Robin Kelly, D-Ill., has the edge over Chicago Ald. Michelle Harris (8th) to be the next Democratic Party of Illinois chairman.

State Sen. Cristina Castro, D-Elgin, is also in the mix.

Scandalized and under a federal public corruption probe, now former state party chair Mike Madigan on Monday gave up the party gavel he’s kept in a stranglehold since 1998.

But the players in the state knew the day was coming when Madigan would have to step down.

Behind the scenes, there’s been talk about Madigan’s replacement going on among three powerful officials: Democratic Sens. Tammy Duckworth and Dick Durbin and Gov. J.B. Pritzker.

* After being led by white men forever, I am told by multiple sources there is consensus that the next DPI chair should be a female of color. Kelly and Harris are Black women. Castro is Hispanic.

* Everyone is out of practice when it comes to selecting a Democratic Party of Illinois chair and replacing Madigan quickly became messy.

The party chair is chosen by a “weighted” vote — based on Democratic vote totals — of the 36-member state central committee, two each from the 18 congressional districts in Illinois.

Harris has the backing of Pritzker and Duckworth, who will lead the statewide ticket in 2022. Durbin is supporting Kelly.

* Castro is endorsed by Rep. Jesus “Chuy” Garcia, D-Ill., a state central committee member. He said in a statement, “Leadership and representation matter; we have an opportunity to select a chair that will be strategic about the changing electorate and inclusive when it comes to shaping the future of the Illinois Democratic Party in Senator Cristina Castro ”

* This is the first significant split between Duckworth and her mentor, Durbin, responsible for her career in politics. They have a deep, strong and profoundly enduring relationship. This party chairman family flap is a hiccup.

* A press release sent out by the gov’s team shortly after Madigan’s announcement on Monday — highlighting the Pritzker and Duckworth backing for Harris — had Mayor Lori Lightfoot’s name on it. It was simply a mistake.

* However, that Pritzker sent out an endorsement so fast irked some folks, I am told.

* Even if Pritzker jumped the gun with the release, he is entitled to — as are Durbin and Duckworth — a say in who should lead the party.

* Getting real. A big part of the state party chair job is raising money to help other candidates. Even if billionaire Pritzker donates tens of his millions to the party in the 2022 cycle, it does not abrogate the obligation of a state party chair to fundraise.

Kelly has a strong track record in raising substantial money. Harris, also the 8th Ward Democratic committeeman, does not.

Golden Globes 2021: The Complete List of Nominees | Entertainment Weekly
“I Care A Lot” is a stinging indictment of neoliberal “girlboss” feminism