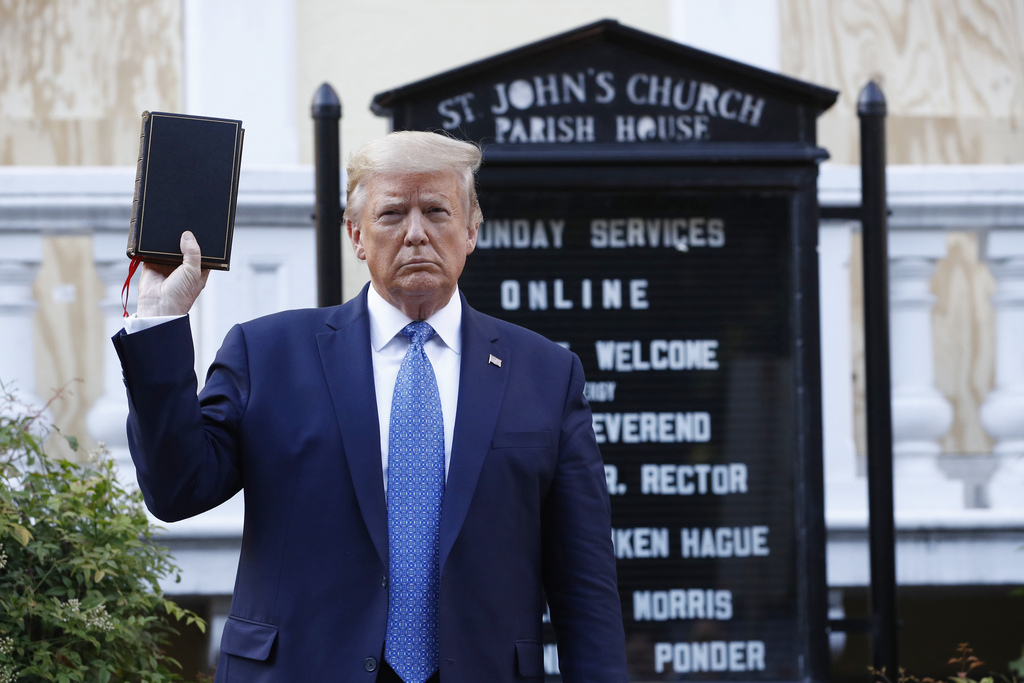 WASHINGTON — An internal government investigation has determined that the decision to forcibly clear racial justice protesters from an area in front of the White House last summer was not influenced by then-President Donald Trump’s plan to stage a Bible-toting photo opportunity at that spot.

The report released Wednesday by the Interior Department’s inspector general concludes that the protesters were cleared by U.S. Park Police last June 1 so that a contractor could get started installing new fencing.

The demonstrators were protesting the death of George Floyd, who died after a then-Minneapolis police officer knelt on his neck and pinned him to the ground for about 9 1/2 minutes. A half-hour after the Washington protesters were forced from the area with pepper pellets and flash-bangs, Trump walked across Lafayette Park amid the lingering scent of pepper spray and delivered a short speech while holding a Bible in front of St. John’s Church.

Park Police officials had already planned to clear the area and “had begun implementing the operational plan several hours before they knew of a potential Presidential visit to the park,” Inspector General Mark Lee Greenblatt said in a statement accompanying the report.

The report documents Trump’s attorney general, William Barr, encouraging commanders shortly before the push to clear the protesters because of Trump, but being dismissed.

In a remarkable exchange, the report recounts the testimony of an unnamed Park Police operations commander: “The Attorney General asked him, ‘Are these people still going to be here when POTUS (President of the United States) comes out?’ The USPP operations commander told us he had not known until then that the President would be coming out of the White House and into Lafayette Park. He said he replied to the Attorney General, ‘Are you freaking kidding me?’ and then hung his head and walked away. The Attorney General then left Lafayette Park.”

The confrontation and church photo-op capped several days of escalating tension and scattered violence. Nights of protests over Floyd’s death had resulted in scattered vandalism through the downtown area. Trump declared that Washington’s mayor, Muriel Bowser, was incapable of maintaining the peace and he called in his own security response.

The report details how on June 1, a contingent from the Bureau of Prisons arrived to the scene late, didn’t receive a full briefing and used pepper pellets on protesters “contrary to the USPP incident commander’s instructions.”

The conclusions, which deny any political influence on decisions and cite fog-of-war confusion for any missteps, are likely to be dismissed as insufficient by critics of last summer’s crackdown.

After HOA banned their Pride flag, couple got creative