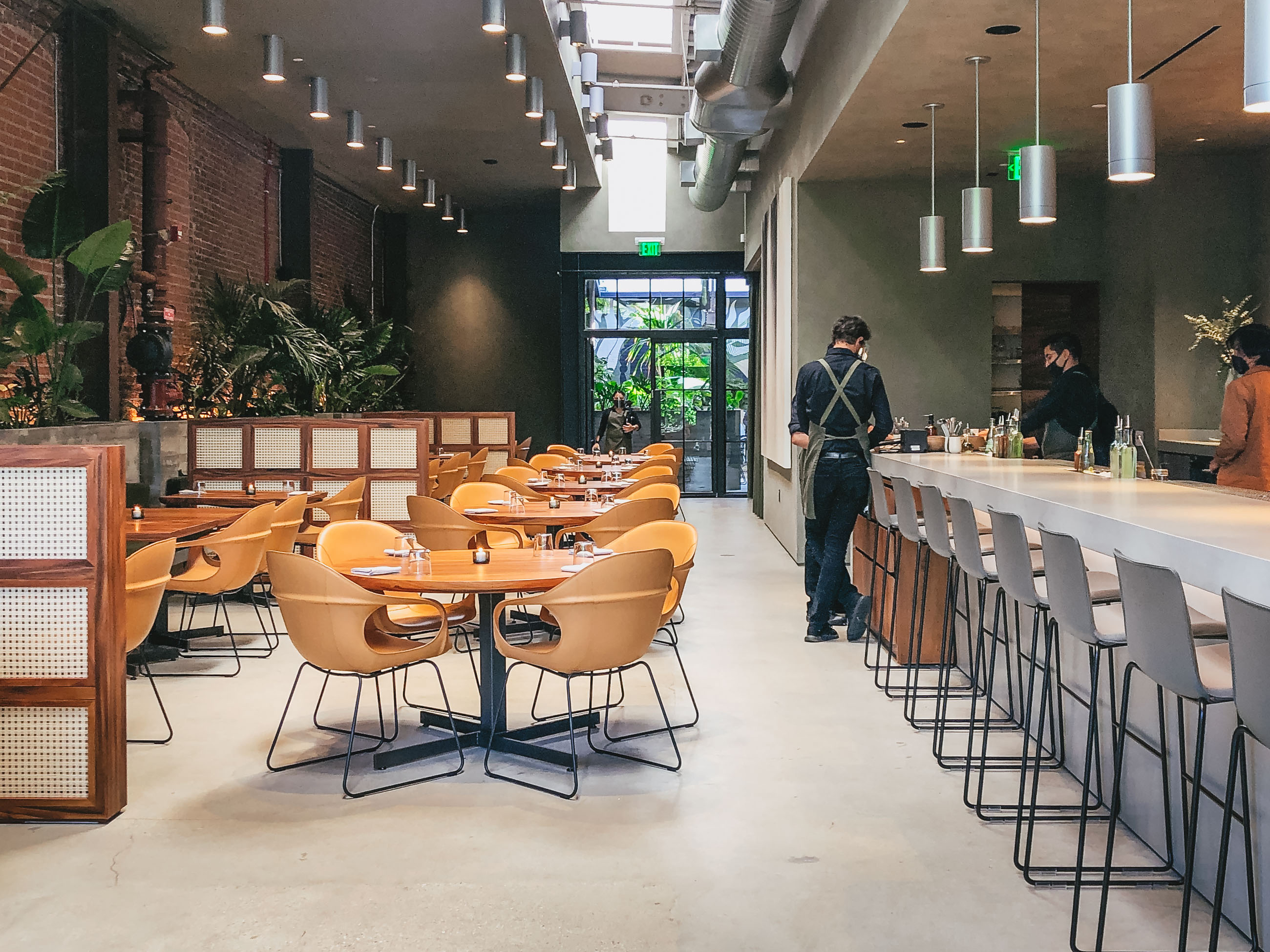 The name Enrique Olvera might not ring a bell for everyone. But to anyone who closely follows restaurant news beyond our own zip codes will likely perk up at the mention of Pujol, Olvera’s beautiful flagship in Mexico City. The chef is arguably the most famous culinary figure in Latin America, renown for modernizing Mexican cuisine by mining his country’s rich but often forgotten heritage.

Olvera’s profile has been rising in the U.S. over the last decade, having opened very successful restaurants in New York. I have often referred to Olvera as the Thomas Keller of Mexico, but in the latest ranking of the World’s 50 Best Restaurants, Olvera’s Pujol now ranks 12th — the highest rated restaurant in North America — while his swanky New York outpost, Cosme, follows at 23. Keller’s French Laundry and Per Se have slipped out of the Top 50 altogether. The tables have turned.

Now, after years of delays that were exacerbated further by the pandemic, Olvera has quietly opened his first West Coast restaurant, Damian, in Los Angeles. It’s located on a dead-end alleyway in the Arts District on the eastern fringe of downtown. The alley might be familiar to many. It’s the same as where the wildly popular Italian restaurant Bestia is located.

When I arrive for dinner, there’s a short queue at the door, eager guests spaced at least 10 feet, ever mindful of the still-smoldering pandemic. At the entrance, a hostess asks for our wrists, at which she points an infrared thermometer to check our temperatures. She then quickly escorts us through the dining room (occupied by a lone couple) and out the backside of the building to a charming plant-filled courtyard hidden between two old warehouses. Jingly Mexican pop songs from the ‘70s make me smile.

The dining room at Damian, a restaurant by celebrity chef Enrique Olvera in Los Angeles (Photo by Brad A. Johnson, Orange County Register/SCNG)

Sound
The gallery will resume inseconds

Socially distanced outdoor dining in the courtyard at Damian in Los Angeles (Photo by Brad A. Johnson, Orange County Register/SCNG)

A sipping tequila and sangrita at Damian in Los Angeles (Photo by Brad A. Johnson, Orange County Register/SCNG)

A few minutes in, I’m savoring an expensive tequila paired with a house-pressed tomato water called sangrita — a common way of sipping tequila in Mexico, especially among the affluent.

A complimentary basket of chips arrives. These are not ordinary chips, of course. These are whole tortillas, some blueish, some yellowish, that look as if they’ve been roasted in a wood-fired oven until they’ve begun to burn. They are brittle and intensely flavorful, made even more so when I spread the tortillas with thick, velvety pipian rojo made from dried red …read more