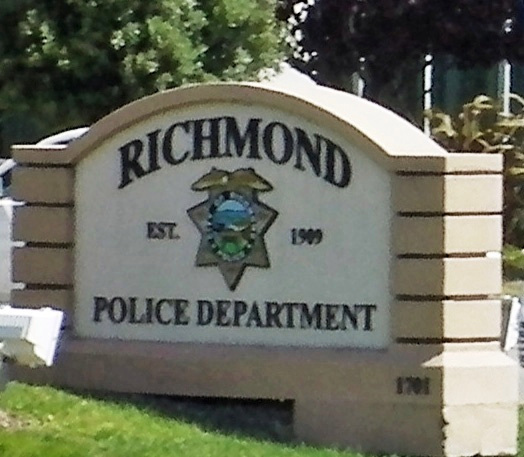 RICHMOND — The Contra Costa District Attorney is considering criminal charges against a Richmond officer who allegedly hit a man with a stun gun dozens of times during a struggle last April.

Richmond police Ofc. Eric Smith Jr. is on administrative leave in connection with the April 9 incident, in which Smith allegedly hit a 33-year-old man with a stun gun approximately 35 times during a struggle on the ground. Smith was attempting to arrest the man after a brief car chase earlier in his graveyard shift, according to multiple law enforcement sources.

Smith attempted to stun the man, then physically struck him with the Taser after the weapon failed to deploy, authorities said.

The Richmond police department has called a news conference on Wednesday where they will announce the investigation and release videos of the incident, which was caught on a nearby surveillance camera as well as Smith’s body camera, authorities said. Smith said in his report he believed the man was in possession of a firearm, but no gun was found on the man, law enforcement sources told this newspaper.

Smith, a Brentwood native, has worked for the San Francisco Sheriff and the Pittsburg police department, as well as a prior brief stint at Richmond, according to state payroll records. In June 2021, the city of Richmond released a short biographical video about Smith in which he called law enforcement “my calling” and said his goal was to “be on the street where I can reach people and prevent them from getting to the county jail.

“I think being a police officer is the best job and it can be very rewarding,” Smith said in the video. He later added, “I just wanna be somewhere where I’m long gone, 30 years from now, people can say, ‘Yeah maybe I didn’t like this situation but Ofc. Smith showed me that there’s hope.’”

Successful Aging: Let’s talk about all the ways we benefit from aging

Criminal charges against police officers in connection to use-of-force incidents are rare in Contra Costa, but not unheard of. In fact, a decade ago, a jury acquitted former Ofc. Dedrick Riley of assault charges related to a 2009 drug arrest. Riley stayed on the force, became the subject of at least two more administrative investigations, and retired last year before the most recent probe could be completed.

Most recently, Contra Costa District Attorney Diana Becton’s office prosecuted former Sheriff’s Dep. Andrew Hall for shooting a 32-year-old Newark man during a slow speed chase in Danville. Hall was convicted of assault but jurors couldn’t reach a verdict on a manslaughter charge. He was sentenced to six years in state prison.

From “Gladiator” to “Nope”: How Jordan Peele maps our decline into spectacular denial