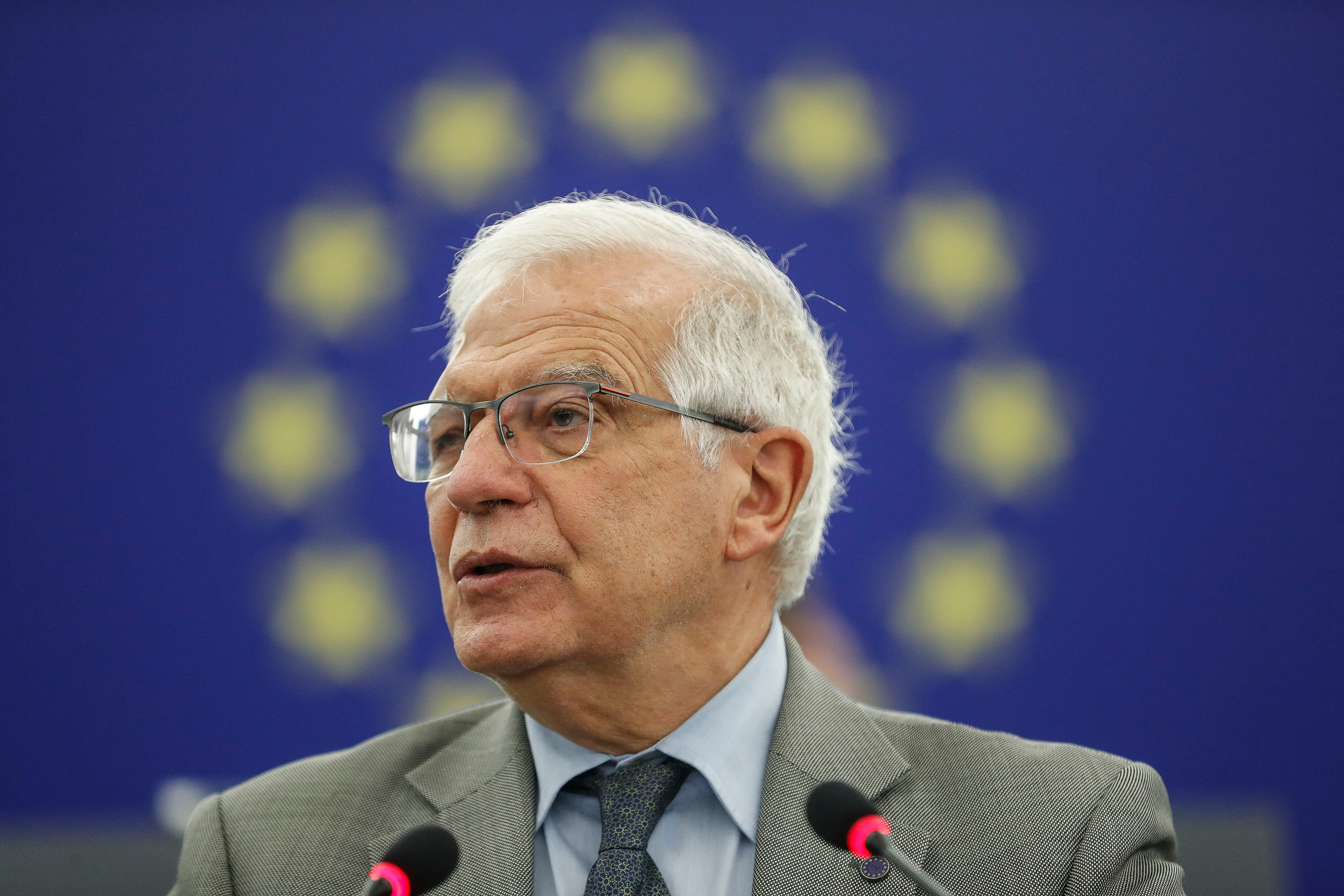 Russia sparred with the European Union and the United States at a U.N. meeting Thursday that highlighted the strained relations between Moscow, Brussels and Washington.

Estonia, which holds the Security Council presidency this month, organized the meeting to focus on cooperation between the United Nations and the 27-nation European Union, inviting its foreign policy chief Josep Borrell to speak about the relationship and challenges to peace and security.

The council meeting came just ahead of this weekend’s summit of the Group of Seven major industrialized nations — which Russia was ousted from in 2014 — and next week’s first meeting between U.S. President Joe Biden and Russia’s President Vladimir Putin, which comes as relations between Washington and Moscow have sunk to a post-Cold War low.

Borrell told the council in a virtual address that the COVID-19 pandemic “has underscored the fragility of our hyper-globalized and interdependent world.”

“The demand for multilateral solutions is much greater than the supply,” he said, pointing to “more divisions, more free-riding and more distrust than the world can afford.”

“We need global cooperation based on agreed rules because the alternative is the law of the jungle, where problems don’t get solved,” he said. “Every day we see the cost of the absence of multilateral action in reduced access to vaccines and insufficient climate action, and peace and security crises that fester.”

Borrell blamed “the rise in power politics and ideological contests” that erode trust, stressing the EU’s commitment to the U.N. and to “rules-based multilateralism.” He said there must be pushback against “selective and self-serving approaches to multilateralism.”

“True multilateralism entails consistent support for the central role of the United Nations,” he said. “Promoting dubious concepts like the `rules-based order’ or imposing bloc approaches and attempts to present one’s own experience and achievements as a golden standard which other countries should implement back at home — all of it bears no resemblance to multilateralism and often leads to blatant interference in the affairs of other states.”

Unfortunately, Polyansky said, EU-Russian relations “are currently at the lowest ebb in history.”

He warned the European bloc against interfering in other countries’ affairs including by taking action against Belarus, a close Moscow ally.

Borrell sharply criticized the “massive repression of peaceful protesters” after last August’s presidential elections in Belarus, which were widely seen as rigged, and the recent “major attack on air safety,” when a civilian aircraft was diverted to its capital and a prominent journalist and his girlfriend were taken off and arrested.

The EU’s chief diplomat said the bloc has closed its airspace to Belarus airlines and is in the process of adopting a new package of economic sanctions.

Borrell also alluded to sharp differences with Moscow over Syria, where its close ally Russia holds the key to continued cross-border …read more