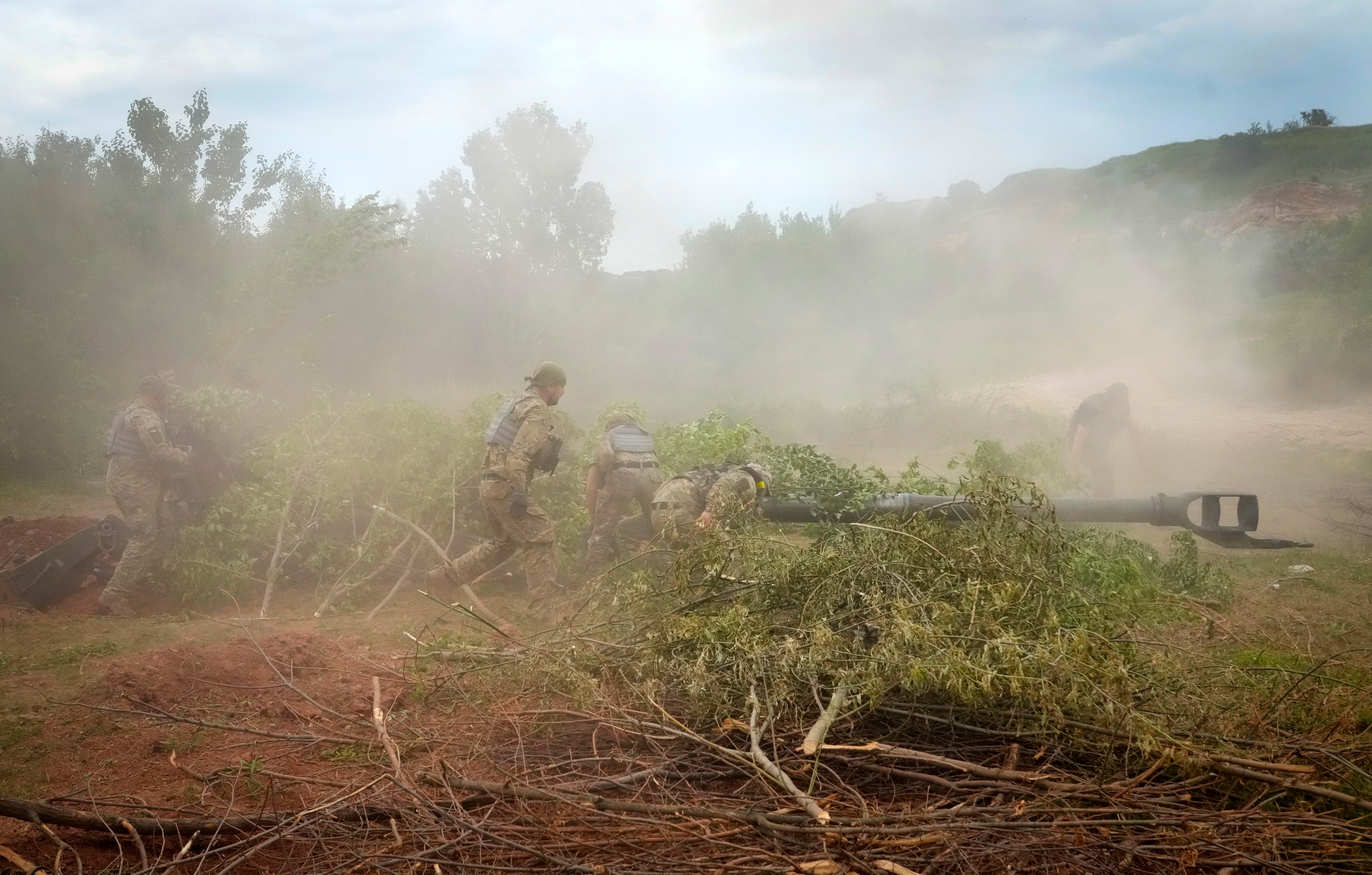 The Russian military expanded its grab of territory in eastern Ukraine on Thursday, capturing two villages and vying for control of a key highway in an offensive that could cut supply lines and encircle some frontline Ukrainian forces, British and Ukrainian military chiefs said.

Britain’s defense ministry said that Ukrainian forces had withdrawn from some areas near the city of Lysychansk, the latest major battlefield in Russian President Vladimir Putin’s war against Ukraine, to avoid the possibility of being encircled as Russians sent in reinforcements and concentrated their firepower in the area.

Ukraine’s General Staff said Russian forces took control of the villages of Loskutivka and Rai-Oleksandrivka, and were trying to capture Syrotyne outside Sievierodonetsk.

For weeks, Russian forces have pummeled Sievierodonetsk, the administrative center of the Luhansk region, with artillery and air raids, and fought the Ukrainian army house-to-house. Ukrainian forces remain holed up at the Azot chemical plant on the city’s edge, where about 500 civilians were also sheltering.

The Russians were also pressing their offensive on Lysychansk, which is located on a steep river bank facing Sievierodonetsk.

The U.K. Ministry of Defense noted in its intelligence assessment Thursday that Russian forces have likely advanced more than five kilometers (three miles) towards the southern approaches of Lysychansk since Sunday.

“Some Ukrainian units have withdrawn, probably to avoid being encircled,” the statement said. “Russia’s improved performance in this sector is likely a result of recent unit reinforcement and heavy concentration of fire.”

Ukraine’s military said the Russians were also moving to overtake the hills overlooking a highway linking Lysychansk with Bakhmut, to the southwest, in an attempt to cut the supply lines of Ukrainian forces.

The Russian military currently controls about 95% of the Luhansk region, and about half of the neighboring Donetsk region of Donbas.

Serhiy Prytula credited “amazing” support among Ukrainians after his charitable foundation launched the appeal for $15 million a day earlier for the purchase of the Bayraktar drones like those that Ukrainian forces have already used to defend against Russian invaders.

He tweeted: “4,6m $ to go. The People’s Bayraktar project is already a nationwide crowdfunding. Let’s turn it into international!”

93 years after being taken, Southern California Bruce’s Beach land could be back with family by end of July