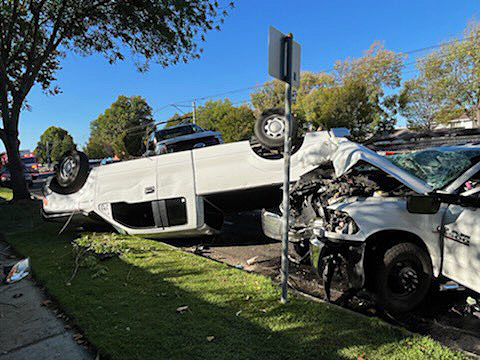 The traffic collision, which included a roll over, was reported at 4:33 p.m. at Capitol Avenue and Berryessa Road, according to the San Jose Police Department.

Police said the driver that caused the crash was in critical condition.

Additional details about the collision were not immediately available.

Units are currently at the scene of a multi vehicle traffic collision, including a roll over, at the intersection of Capitol Av and Berryessa Rd.

We will provide updates when we can on injuries.

Traffic will be impacted, use alternate routes.

One of three children hit by car in Antioch to be taken off life support, relative says

Woman inside police vehicle left on tracks before being hit by train ID’d; officer put on paid leave

The Episcopal Diocese of Utah welcomes new bishop at her ordination