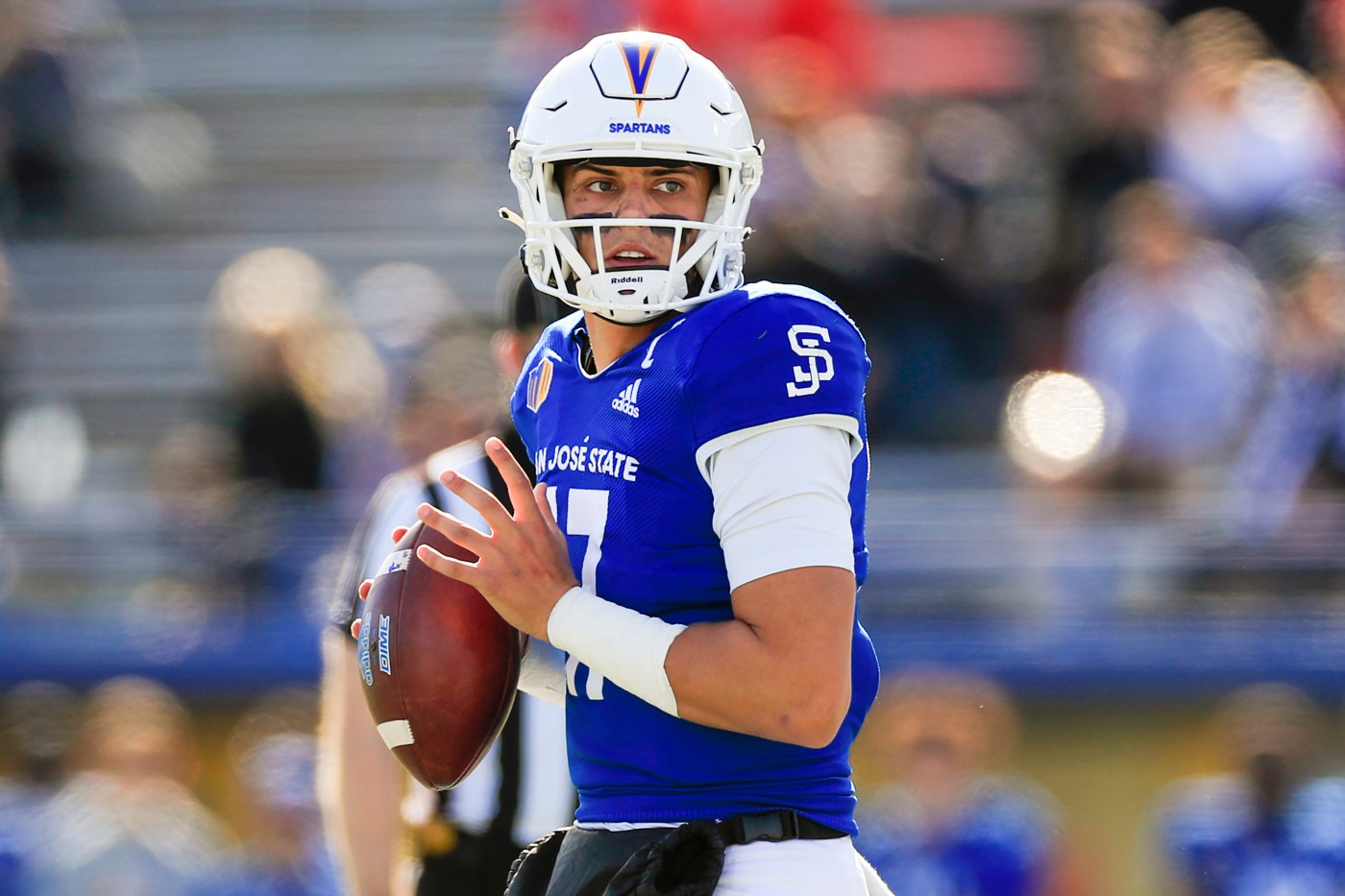 SAN JOSE – The Battle for the Valley Trophy wasn’t much of a contest as San Jose State tasted defeat one final time on Thanksgiving Day, 40-9, against rival Fresno State.

The Spartans (5-7, 3-5 Mountain West) failed to qualify for a bowl game in the regular-season finale after a second-consecutive rout at CEFCU Stadium in front of 15,323 fans.

Last year’s Mountain West title and perfect regular season must seem like a mirage after San Jose State finished with an identical record to its pre-pandemic 2019 campaign.

The Spartans trailed 23-9 at intermission after settling for field goals by Matt Mercurio during three trips into the red zone and never established any momentum on offense. San Jose State QB Nick Starkel – 19-of-42 for 260 yards – and his likely successor Nick Nash each lost fumbles in the first half as turnovers plagued the team to the end.

What to know before San Jose State plays Fresno State

Down 26-9 midway through the third quarter, the Spartans wasted a timeout on third-and-short at midfield. Running back Tyler Nevens, one of the players to participate in the Senior Day pregame ceremony, was stuffed shy of the line of scrimmage and SJSU coach Brent Brennan opted to punt instead of going for it on fourth down.

On the ensuing drive, Fresno State (9-3, 6-2) ran a trick play as the final dagger – a jet sweep handoff into a reverse with a flip back to quarterback Jake Haener for a 29-yard wide receiver screen to Jalen Cropper.

Haener, an East Bay product out of Monte Vista High, threw for 343 yards and four touchdowns, including a 45-yard bomb to running back Jordan Mims in the second quarter as the Menlo-Atherton High graduate was left wide open during a bust in coverage.

Haener also hooked up with running back Ronnie Rivers for a 13-yard TD in the fourth quarter. Rivers, who hails from Freedom High in the East Bay, ran for 65 yards on 14 carries and now needs only 57 yards to surpass his father, Ron, for second place in the school’s all-time rushing list.

Fresno State can qualify for the conference championship game if No. 22 San Diego State loses to Boise State on Friday.