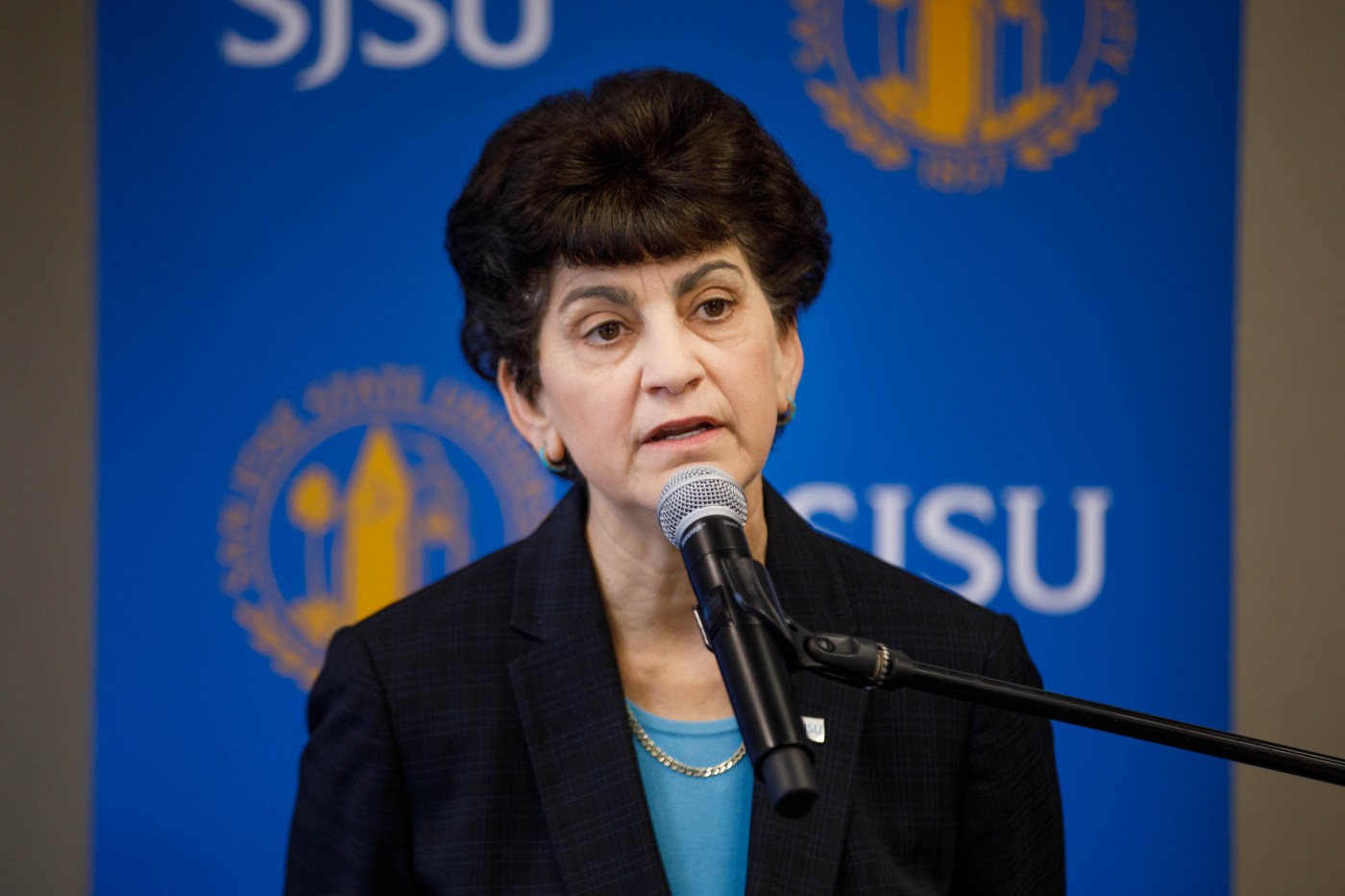 Papazian, holding a media briefing with California State University Chancellor Joseph Castro, declined to answer a question about why administrators have not been placed on leave as an independent investigation examines the handling of misconduct allegations against a former head athletic trainer.

“It is one of the ways that we are handcuffed,” Papazian said of the situation that has led to legal claims by 10 women, and three wrongful termination or retaliation lawsuits against Athletic Director Marie Tuite.

Complaints against the trainer, Scott Shaw, were raised by swim coach Sage Hopkins in 2009 after 17 of his athletes said they were improperly touched during treatments. An investigation in 2010 cleared Shaw of wrongdoing and determined his behavior was a “bona fide means of treating muscle injury.”

Since then, at least three more women athletes have said they also were abused. One of those was a woman who attended the school from 2014-2019.

Hopkins continued to raise concerns afterward Shaw was cleared and eventually sent a 300-page dossier of material to the NCAA and Mountain West conference that led to Papazian reopening the case in 2019. Shaw, the director of sports medicine, resigned in 2020. The second investigation determined he violated the school’s sex abuse policies, according to a summary statement released last month.

Papazian said Tuesday she is committed to keeping the campus community updated about the steps the school is taking on the matter.

Ask Amy: He told his new friend he loves her, and he doesn’t care that I’m hurt

Castro, the first Californian appointed as the CSU system’s chancellor, expressed empathy for the San Jose State women during his day-long virtual tour of the university. Castro took over in January and has scheduled visits to each of the system’s 23-schools. He joined Papazian Tuesday on a tour that included a 45-minute video talk with students, faculty, staff and alumni.

“I have full confidence in the external investigations going on right now and I know (Papazian) will act accordingly based on the evidence that comes forward,” Castro said in the media briefing.

Castro said he has a general awareness of what occurred at Michigan State in the Larry Nassar case when asked what the California State University system has learned from one of the biggest sex abuse scandals in history.

Nassar, a former Michigan State physician and USA Gymnastics national team doctor who tried to justify his sexual abuse of athletes as proper medical treatment, is serving a 175-year sentence.

The fallout at Michigan State has been profound. The university paid $500 million to settle lawsuits filed by Nassar victims and in 2019 …read more

A bizarre worm that lives in sponges grows like a tree