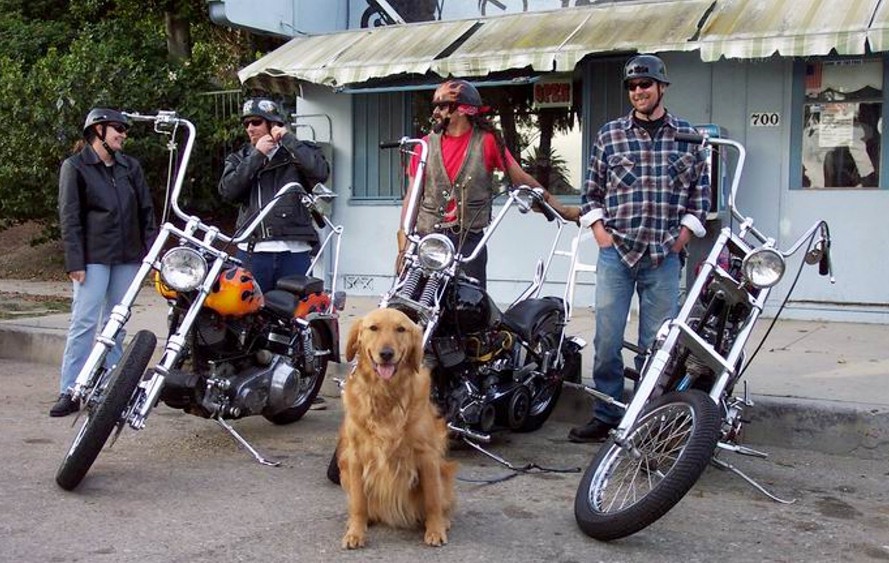 A customer with his two dogs inside Walkers Cafe in San Pedro, photo undated

An old sign for Walker’s Cafe in San Pedro

From its “world famous” Bessie burgers to a clientele that has included neighborhood regulars, longshore workers and leather-clad bikers, Walker’s Cafe has been a legendary piece of San Pedro since the 1940s.

But have its days run out?

No one seems to know, but the place has been locked up and closed through the fall, after being open spottily throughout the coronavirus pandemic.

No one seems to know for sure if the cafe is gone for good, though.

The property, 700 W. Paseo Del Mar, doesn’t appear to be listed for sale. The owner on record, Richard Brummett, could not be reached for comment.

Emma Rault of San Pedro, who is heading up a push to save the cafe, is hoping to get the city of Los Angeles to support the effort.

“I’m advocating for it to remain a cafe, to continue to serve the community as it’s done for nearly a hundred years,” she said. “What I’m hoping is that the city will protect it as a legacy business.”

Rault has launched an online petition — change.org/p/save-walker-s-cafe — to get landmark status for the business. Nearly 700 people have signed, as of Wednesday afternoon. The petition has a goal of 1,000 signatures.

EU wants to stop flights from southern Africa over variant

“We’re losing so many parts of our history all over LA,” Rault said, “and it’s easy to see how it could happen here.”

In her introduction to the petition, Rault wrote about her affection for the popular spot.

“It didn’t take me long after first moving to San Pedro to recognize how special Walker’s is,” she wrote. “It is a genuine, unpretentious, homey space where people from all walks of life— longshoremen and fishermen, hikers, bikers, e-cyclists, firefighters, even soldiers stationed at Fort MacArthur — can come together. Walker’s is truly a place where strangers can talk as friends and neighbors — a rare thing these days.”

With real estate bringing high prices — the assessed value is listed at $619,000 — some locals have expressed worry that developers could be hovering.

A cafe makes sense in that location, said Leslie Jones, co-owner of the Omelette and Waffle Shop in San Pedro, who recalls buying ice cream cones and “Bessie burgers” when she was growing up in the 1960s.

But if Walker’s doesn’t reopen, there would be hurdles for a new operator.

Everything from getting a liquor license under today’s tougher rules, especially so close …read more

Collecting $26M award vs. white nationalists may be tough

You can get vaccinated at the Jaguars game