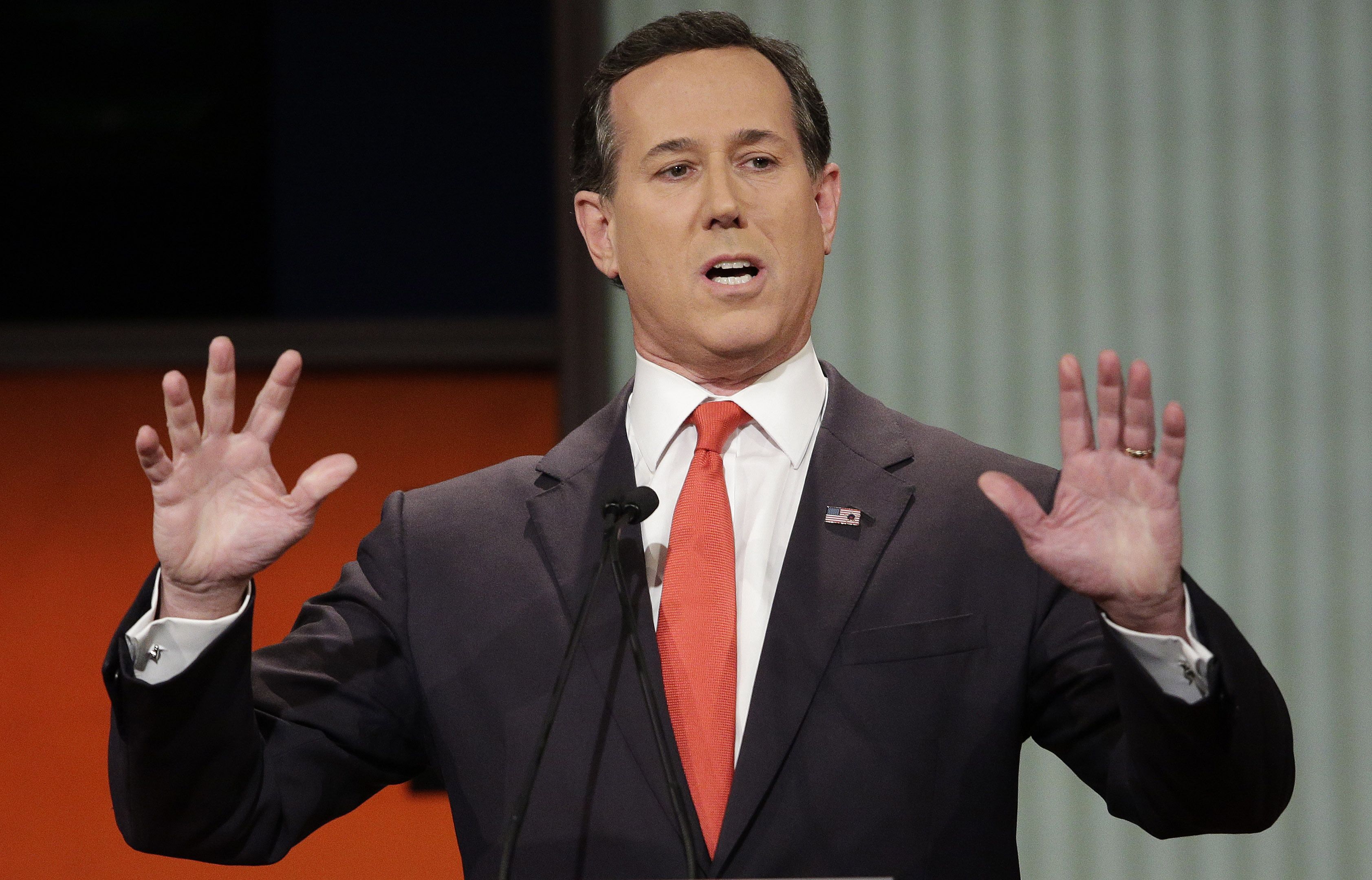 CNN analyst Rick Santorum’s claim that he misspoke during a recent speech where he said there was “nothing here” when the United States was founded did little to diminish anger against him.

The National Congress of American Indians on Tuesday renewed calls for CNN to fire the former Pennsylvania senator. The group’s president, Fawn Sharp, called Santorum arrogant for comments made to Chris Cuomo on Monday night.

“I was optimistic he would own it, he would recognize it and he would apologize,” Sharp said, “but he did none of those things.”

CNN has not commented on Santorum’s initial remarks in an April 23 speech before Young America’s Foundation, a conservative youth organization, and did not on Tuesday, either. There’s been no indication of a change in status for Santorum, a commentator who was often tasked with giving the Republican point of view during campaign coverage.

When he spoke to the youth group, Santorum said immigrants created a nation based on the Judeo-Christian ethic from a blank slate.

Those comments were swiftly criticized, and Santorum was invited onto Cuomo’s prime-time show Monday to explain himself.

Santorum said he “misspoke” in the sense that it wasn’t clear that he was speaking in the context of the founding of the United States government.

“People say I’m trying to dismiss what happened to the Native Americans,” he said. “Far from it. The way we treated Native Americans was horrific. It goes against every bone and everything I’ve ever fought for as a leader in the Congress.”

Cuomo said that what upset people was “beating up the little guy” and that it perpetuated the sense that anyone who wasn’t a white Christian — be they gay, Black, Native American or whatever — was somehow considered an “other.”

“You’re like me, you’re a mutt,” Cuomo told him. “You came here a couple of generations ago. You ain’t no Pilgrim, Rick.”

Santorum said he does not try to diminish those who aren’t like him.

“Just because I disagree with someone on the issue of marriage doesn’t mean that I hate them, or see them as ‘less than,’” he said. “That’s what I get accused of, and that’s wrong.”

CNN’s Don Lemon, who follow Cuomo on the network schedule and often banters with his colleague between the two shows, was visibly angered by Santorum’s remarks.

Lemon said he was furious watching the interview in his office and wanted to apologize to viewers who were insulted by it.

“I can’t believe the first words out of his mouth weren’t ‘I’m sorry, I said something ignorant, I need to learn about the history of this country,’” Lemon said. “No contrition. Didn’t talk about, you know, the suffering the Native Americans have had to deal with in this country. Rick Santorum, really? Did he actually think it was a good idea for him to come on television and try to whitewash the whitewash that he whitewashed?”

There was no immediate comment from Santorum to …read more