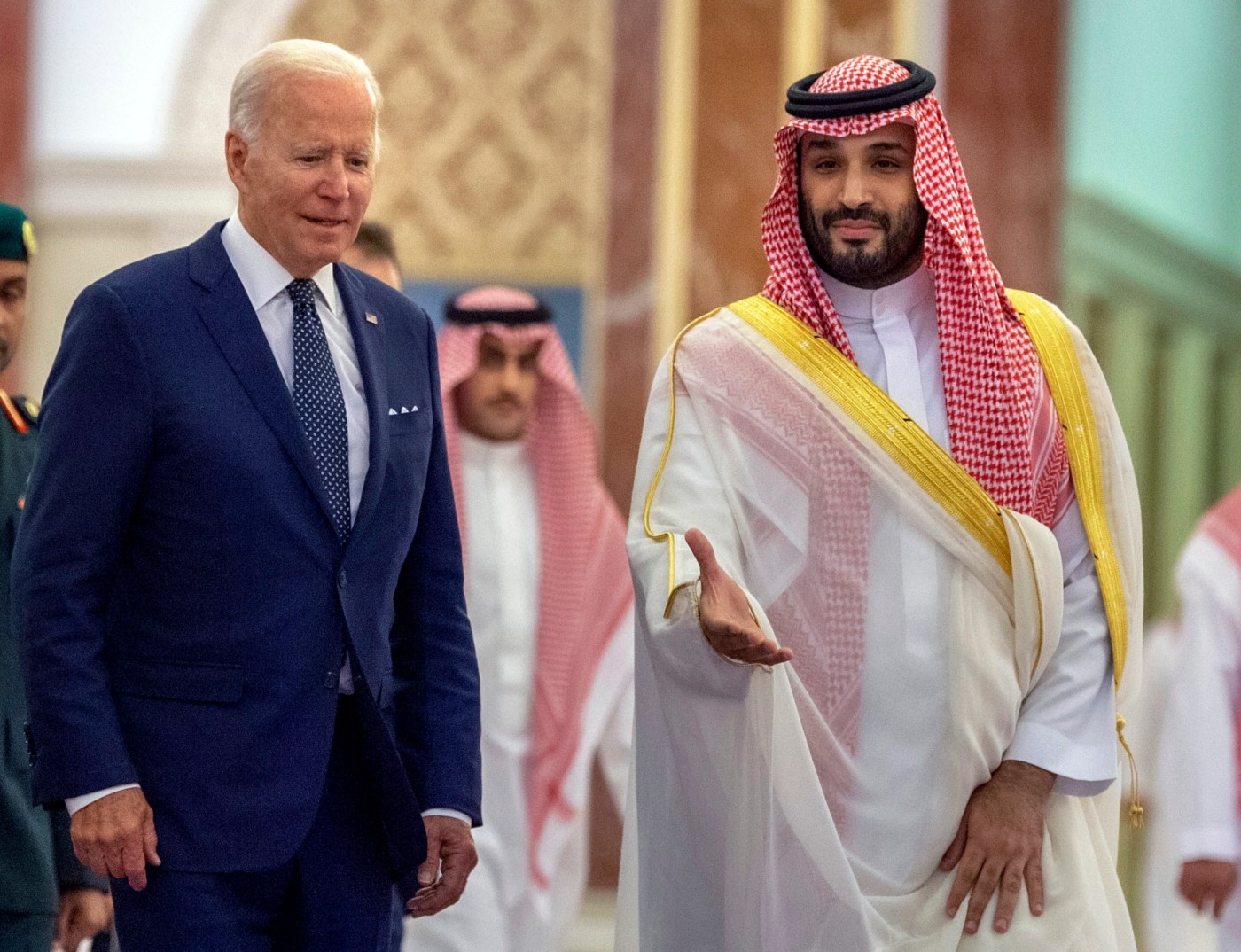 During his presidential campaign, Joe Biden vowed to make Saudi Arabia a “pariah” state in light of the murder of dissident journalist Jamal Khashoggi, and promised to make the regime “pay the price” for its human rights violations. Many saw this as a welcome change from America’s long-standing but morally questionable friendly relations with the Saudis.

But that promise vanished with Biden’s recent visit to Saudi Arabia and his friendly fist-bump with Crown Prince Mohammed bin Salman.

Biden now claims that his intention was always to “reorient,” not rupture, the relationship with Saudi Arabia. He now sees the regime as an ally in solving America’s energy crisis, among other issues. I’ve previously criticized Biden’s overtures to Venezuela in pursuit of oil on the grounds that it’s contrary to America’s interests to court tyrannies. That applies just as much to Saudi Arabia.

In an op-ed for the Washington Post, the president claimed that the goal of his visit was “to strengthen a strategic partnership going forward that’s based on mutual interests and responsibilities, while also holding true to fundamental American values.” But this is a fantasy: everything about the Saudi regime is hostile to fundamental American values.

Saudi Arabia is an absolute Islamic monarchy. The ultimate authority, even on judicial matters, is the king. Citizens have no rights or due process — the legal system is based on Sharia law, which empowers the state to control every aspect of people’s lives, including what they can think and say. In practice, this means that dissenters, like Khashoggi, can be brutally killed and dismembered for the “crime” of speaking out against the regime. According to American intelligence, Khashoggi’s assassination was ordered directly by bin Salman.

Just as there’s no freedom of speech, there is no freedom of thought: those who renounce Islam are subject to public decapitation. Dissent is punished by lashings, torture, wrongful imprisonment, kidnapping (see the case of Loujain al-Hathloul) and murder.

Stranded whale out of French river, to be moved to saltwater

Women especially suffer under this authoritarianism: Under the Saudi “guardianship system” men exert total control over women’s lives. Rahaf Mohammed, a Saudi refugee who risked her life to escape, documents in her book “Rebel” the abuses she suffered. Beaten on numerous occasions by her own family, she was raped and tortured simply for trying to live a semblance of the kind of life we take for granted in the West.

This is the regime with which Biden wants to strengthen relations while “holding true to fundamental American values.” How does he imagine this is even remotely possible? America was founded on the principle of each individual’s inalienable right to life, liberty, and the pursuit of happiness. How do you “hold true” to that principle while meeting on friendly terms with the leaders of a country that systematically violates every one of those rights?

In a press briefing following the visit, Biden said that when bin Salman claimed to him that “he was not personally responsible” for Khashoggi’s murder, he replied that “I indicated that I thought he was” — and that he viewed the Saudis’ methods of …read more

Golden Globes 2021: The Complete List of Nominees | Entertainment Weekly
A NASCAR driver who once plowed into a Sargento sign is now being sponsored by the cheese company

Galaxy looking forward to arrival of Riqui Puig from Barcelona

They said it: People’s Park